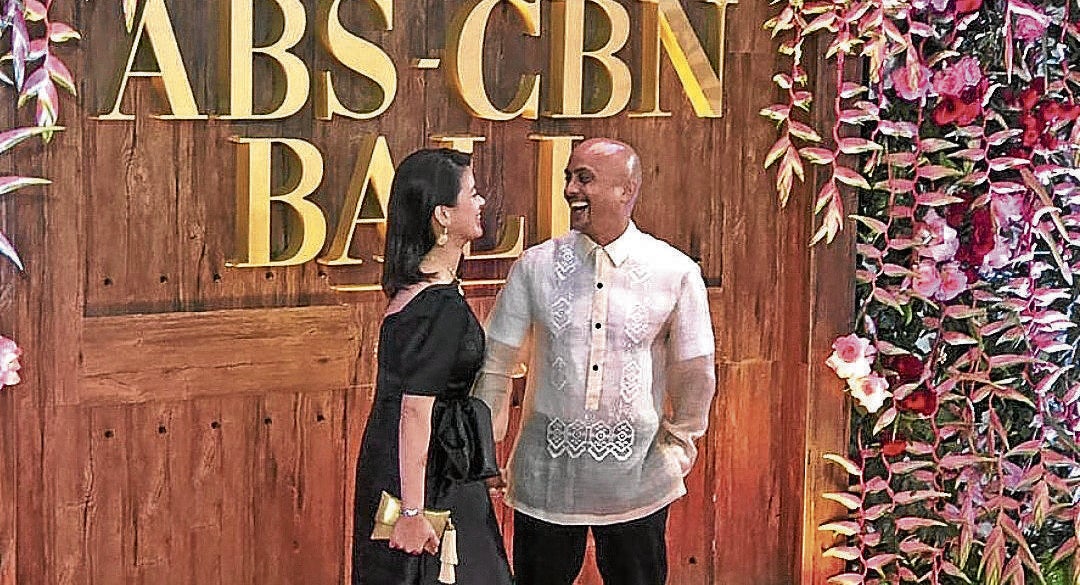 Or, why the quarantine engagement story of Ernie Lopez and Michelle Arville is just what we need right now

“I want to be in lockdown with you for the rest of our lives.”

How does one say no to a knockout, exquisitely timed proposal like that?

The event was even recorded for posterity by Ernie’s eldest son Nathan, and posted on the “Metro Style” YouTube channel. “We’re a family of second chances,” Ernie said in the video, referring to how some of his siblings are on their second marriages. He then got down on one knee and presented Michelle a hologram of the ring he plans to buy her when quarantine is over. “Michelle, will you please be my second chance?”

Understandably, the swoon was heard far and wide, especially among people who knew the couple, and remembered how Ernie’s late sister, Gina, who headed ABS-CBN Foundation and hosted “G Diaries,” had made no secret of wanting Michelle for her younger brother. (Gina died Aug. 19, 2019.)

The couple first met through common friends in May 2019. The second meeting, Michelle recounts in an email Lifestyle interview, seemed destined. “I had a patient who had to be assisted for a procedure, so even if I was on my day off, I came to work. After that patient, there was another one I was supposed to meet and accompany. He canceled on me, and on my way up back to my desk, I saw Ernie and a lady in a wheelchair in the hallway. I softly called him, and when he turned he immediately said, ‘Hi, Michelle, I want you to meet my sister Gina. Gina, this is my friend, Michelle.’

“Gina took a look at me, and after I said, ‘Good morning, Ma’am,’ she asked, ‘What’s your name again? How old are you? Are you married?’” Probably hearing the answers she wanted, Gina smiled and said, “I want you for my brother!”

“I turned red and didn’t know what to say!” says Michelle. She ended up taking care of Gina throughout her MRI procedure.

Wasn’t she intimidated by Gina? “My job surrounds me with a lot of high-profile, controversial or popular patients, so meeting the Lopez siblings was no different,” says Michelle. “It was only when Gina couldn’t stop planning our wedding and telling other doctors and nurses that I felt awkward. The staff was bewildered because they knew I was single, and the doctors present were all close to me; they thought I had been keeping a secret from them, when in fact I had just met Ernie!”

In a Lifestyle interview, Ernie claims he never thought his first marriage would fall apart, so he never really thought the “second chances” adage would apply to him. “Even after I got separated, I never even thought of remarrying. My life and heart were such a wreck in the beginning.”

He was married for 15 years before the separation, and didn’t date anyone for the next eight years, until he met Michelle last year. “Most men don’t like to be alone, and I am no exception, but I was so traumatized by my marital experience that I did not date at all. I intentionally stayed away from women; to be candid, I became very cynical about women in general. Friends, coworkers and family were always trying to set me up, and I always declined.”

Ernie chose to focus on raising his kids, “because the broken home they were in was not their fault, and I owed them my undivided attention.”

Spending time with his children, friends, ministry (Lopez is a Christian) and family allowed him to heal.

Then came “the day the Lord made my sister Gina play Cupid. I had no confidence in myself whatsoever when it came to picking another woman to date. When my family gave its approval and goaded me on, I decided to get to know Michelle. The more I got to know her, and when I saw the kind of person I was around her, I saw the hand of God leading us—and my apprehensions melted away.”

Michelle didn’t think she would marry again, either, after her first marriage in 1996. “I had relationships after my marriage, but I didn’t want another failure and I was scared of the commitment.”

Her first marriage was short-lived, but her continuing friendship with her ex-husband through the years “helped us heal, and is truly a God-given treasure that not all ex-couples have. We managed to raise a son together even if we are apart.” That son, Alessi, is now 21.

In an age when couples’ relationships are based on so many fleeting factors, these two decided early on to put God at the center of their lives. “Because Ernie and I are older, a deep friendship should be the foundation of our marriage, coupled with the Lord’s word,” Michelle says. “We believe in the same thing, which is that we are not in this relationship only for our own enjoyment, but for the Lord’s purpose.”

“I would not have even considered it if I didn’t think she was a spiritual woman,” Ernie says.

Interestingly, Michelle remains a devout Catholic. “I go to Mass with her from time to time, she goes to my church when I ask her to, and we pray together every day. She is not your typical Mass-goer who attends just out of religious obligation. Michelle is truly devout. The way we practice our faith is not exactly the same, but we respect each other’s expression of it.”

Last December, Michelle recounts, Ernie asked if he could come with her to one of her Simbang Gabi Masses. “I have been attending Christmas Dawn Masses for the past 26 years—nine days straight, waking up at 4:30 a.m. each day and completing it yearly. I prayed to the Lord that I would know if my partner is ‘the one’ if that person would invite himself to join me without any prodding, if he would not be late for Mass, if he would not complain that it was too early, and if he would not fall asleep. I kept checking on Ernie to see if he had dozed off—and lo and behold, he fulfilled every request I prayed for! It was the sign I asked for.”

Also, when Ernie first told her he liked her, Michelle told her “best friend,” her mother, now living in the United States with the rest of her family. “My mother was in awe because she was in a church a few weeks before, and since she had entered it for the first time, she made a wish—for me to find someone who would love me and take care of me. She was worried I was getting old!

“When I heard this, I ran to the hospital’s chapel, and sat there weeping and praying.”

Michelle did not have to tell Alessi when she started dating Ernie—because Ernie told Alessi himself. “The gentleman that Ernie is, he introduced himself to my mom and informed her of his intentions, then messaged my son and my ex-husband to say the same thing.”

She also met Ernie’s three children in the hospital when Gina was admitted. “They were friendly, funny, good-natured, and we spoke about their interests. It became easier when my son met all of them, too.”

Ernie, meanwhile, took his time with his own kids, Nathan, Sabrina and Ice. “They had never seen me with anyone else besides their mother. I talked to them about Michelle at every stage of our relationship. I would just flat-out ask them if they liked her. When we turned serious, I asked them how they would feel if I married her.”

The proposal was actually a long time coming, says Ernie. “I knew that she had three conditions for marriage: my civil annulment (which I got last February), a prenuptial agreement and an engagement ring. I wanted to propose soon, but I still had to get a ring, organize a party—just doing all this when we were so busy was difficult. The lockdown actually gave me time to think, slow down and take stock of my situation.”

He took advantage of a Zoom party on Michelle’s birthday to pop the question in front of witnesses.

So what are the plans, postquarantine? “I want to marry her civilly first with just our kids once we get my marriage certificate with the annulment stamped on it, the engagement ring, and her outfit,” Ernie says. “I don’t really care what we wear. It’s who we are that is more important.”

The church wedding is planned for December in San Francisco, with just family.

“Gina planned our wedding during her MRI and up until she was discharged from the hospital,” Michelle recalls.

“She wanted white flowers, a ceremony on the beach, with her singing The Carpenters song ‘You.’ I leave the date and planning to Ernie, but I told him that as much as I want to fulfill Gina’s wishes, I prefer a simple and intimate wedding, but with white flowers, as Gina wanted—and with a picture of her in my bouquet.

“After the proposal on my birthday, I went to the chapel the following day and talked to Gina there,” Michelle concludes. “I thanked her for the precious gift she had bestowed on me, and promised to take care of her brother to the best of my abilities.”