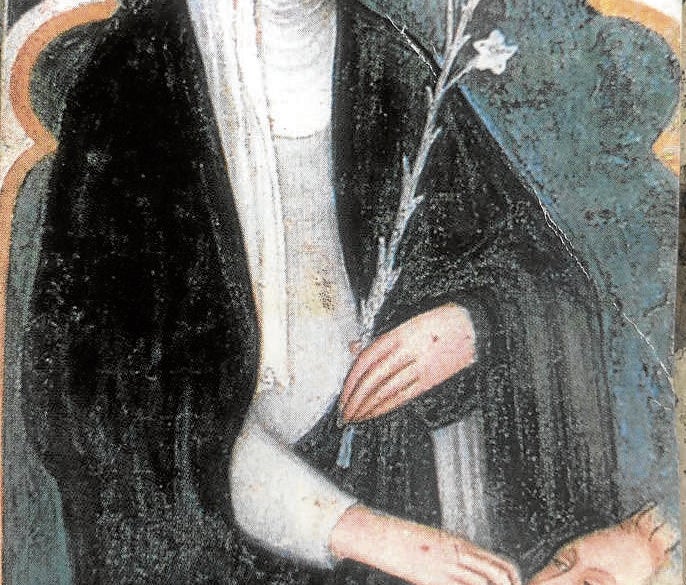 Catherine of Siena—plague saint, patron of Italy and protofeminist

When the Republic of Italy celebrates on April 29 the feast of St. Catherine of Siena, “patroness of Italy,” its overriding prayer will be obvious—for the new coronavirus disease (COVID-19) pandemic to end.

Declared patron of Italy along with St. Francis of Assisi in 1939 by Pope Pius XII due to a nationwide petition signing of Italian leaders, St. Catherine of Siena (1347-1380) is a frequently invoked saint especially for diseases. She’s been named patron saint of nurses. She’s also a plague saint having lived during the medieval age with its history of very destructive epidemics.

In 1999, Pope John Paul II declared her patron of Europe, so her solemnity this year should have graver urgency especially since the continent is the pandemic’s worst victim.

One of the best-known saints, Catherine Benincasa was a Dominican tertiary who lived during a most particularly turbulent time in Europe when it was riven by politics, wars and epidemics.

Catherine herself was born in 1347 shortly before the Black Death, the most fatal pandemic in history that raged for several years and killed 75 million to 200 million people in Eurasia and North Africa.

In 1374, during the plague in Siena, two of Catherine’s brothers and a sister and several other relatives died.

Then with her companions, Catherine went to different parts of the city to help the sick and bury the dead. She cured many although some of her companions died along the way.

The disaster of the pandemic was in parallel with the political troubles of the Church, especially the “Babylonian captivity” of the papacy that started several decades even before Catherine was born—in 1309 when through the machinations of Philip IV of France, the French Pope Clement V relocated the papal curia from Rome to Avignon.

This was followed by 70 years of exile for the Holy See until St. Catherine stepped into the fray and campaigned for the return of the papacy to Rome. She herself went to Avignon to urge the pope to return.

When Gregory XI was elected in 1370, the weak and irresolute French pope, very loyal of course to France, was expected to retain the papacy in Avignon. But against all odds, Catherine convinced him to return to Rome.

Because of her public achievements, St. Catherine of Siena has been seen as a protofeminist alongside other women-figures in the Church who exerted a great influence on history, such as Joan of Arc and Teresa of Avila.

Typical of forceful women, she would use sexist terms and even assume a bossy attitude to make someone sway to her position. In a letter to Pope Gregory, she described herself as “your poor unworthy daughter… with desire to see you a manly man.” She told him, “Christ has given you authority and you have assumed it, [so] you should use [it].” She ended her letter, “If you are not willing to use it… resign.”

Assigned difficult goodwill missions by the pope to reconcile warring groups, Catherine of Siena was declared patron of Rome and later, patron of Italy, after a nationwide petition signing with lawmakers and leading public figures entering their names in what became a very thick tome, now kept in the archives of Santa Sabina, the Dominican curia in Rome.

For all her public involvements, Catherine was also a mystic. She allegedly bore invisibly the stigmata or the marks of the wounds of Christ. She performed extreme feats of mortification and asceticism so that she died at only 33 years of age. She was buried at the Sopra Minerva, the famous Dominican church in Rome near the Pantheon.

Along with St. Teresa, Catherine was declared the first woman Doctor of the Church in 1970 by Pope Paul VI. The title means that she’s an exemplary teacher of the faith of the Church.

One could appreciate the radicalness of the declaration when one considers that the Magisterium or teaching authority of the Church is reposed on the bishops, the all-male episcopal college.

Catherine’s teaching preeminence is embodied in her writings, mainly hundreds of letters written to significant personalities of history in which she tried to conciliate wars and disputes. It is also embodied in the “Dialogue of Divine Providence,” probably her most important work in which she writes about her internal locutions or mystic conversations with Jesus Christ.

Her writings are surprisingly voluminous considering she only learned to read and write when she became a “Manteleta” or “veiled woman” of the Dominican tertiaries, who were mostly widows.

Today Catherine of Siena is an exalted figure in Italian literature.

Her literary writings are noted for their narrative power and mystical force. In a letter to her Dominican confessor Blessed Raymond of Capua, she described the execution of Niccolo di Toldo, whom she converted before his beheading: “I sensed an intense joy, a fragrance of his blood—and it wasn’t separate from the fragrance of my own, which I am waiting to shed for my gentle spouse Jesus.” She urged him to welcome his execution, “Down for the wedding, my dear brother, for soon you will be in everlasting life.”

She then went on on describe the execution as if she were the executioner: “I placed his neck on the block and bent down and reminded him of the blood of the Lamb. His mouth said nothing but ‘Jesus!’ and ‘Catherine!’ and as he said this I received his head into my hands, saying ‘I will!’ with my eyes fixed on divine goodness. Then was seen the God-Man as one sees the brilliance of the sun.”

Bizarre yet brilliant, passages like this that blend the allegorical and the actual display St. Catherine’s unearthly literary brilliance if not her searing mysticism.

On April 29, 2014, while on a coverage of the Vatican, I attended the twilight High Mass for the Solemnity of of St. Catherine of Siena at the Basilica di Santa Sopra Minerva and witnessed how the Republic of Italy paid homage to its patron saint. The Italian state was represented by the foreign ministry and a delegation of lawmakers. Local officials from Rome were also present.

Earlier I had dropped by the Dominican archives at Santa Sabina basilica to check out the archival documents on the nationwide petition for the declaration of Catherine of Siena as patron of Italy. Santa Sabina archivist Fr. Gaspar Sigaya showed me documents compiled in a thick and heavy tome.

Presiding over the Mass was Pope Francis’ secretary of state, Cardinal Pietro Parolin, who concelebrated with other prelates and the Dominican friars of the Sopra Minerva.

Before the Mass, there was a long line of devotees venerating the saint as she lay in her dramatically lit glass and brass sarcophagus at one side of the gothic altar.

Her tomb was near the foot of the famous statue of the Risen Christ by Michelangelo, a Dominican tertiary himself. The original statue showed a naked Christ that was so ahead of its time that a loin cloth was carved and placed to tame its total nudity.

In his homily, Cardinal Parolin said Catherine was a woman of mission who changed the Church and the world. He urged Catholics to have the confidence in carrying out what the Church called as “new evangelization.” He quoted from Catherine’s letters: “Proclaim the truth and do not be silent through fear… Be who God meant you to be and you will set the world on fire.” INQ