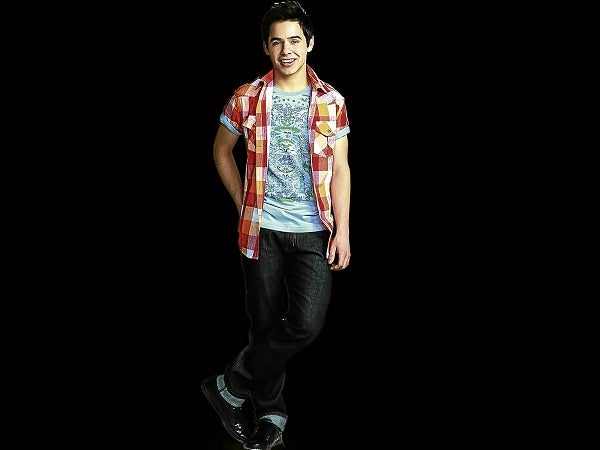 Lucy Hale isn’t the only Hollywood star that Bench has enlisted to be the new face of the brand. Joining international Bench endorsers (that include singer Bruno Mars and Michael Trevino of “The Vampire Diaries”) is “American Idol” season 7 runner-up David Archuleta, who—as everyone knows—has been in the Philippines for some time now; he arrived last Jan. 13 to shoot a mini-serye for TV5 called “Nandito Ako.” In the primetime series, he plays Josh, a Fil-Am international singer who returns to the Philippines to find out what happened to his mother, who supposedly died in a fire.

David has disclosed that he really hesitated when he was offered the project, since acting makes him nervous. “I did a couple of cameo appearances in ‘Hannah Montana’ and ‘iCarly,’ but other than that, this is a first for me,” he said. “You know, I’ve always been very nervous when it comes to acting and things like that, but when it was proposed [to me], I said yes because Filipino fans are very supportive.”

His Filipino fans showed just how supportive they are when David was launched as the newest endorser of Bench and Bench Fix last Feb. 17 at the Trinoma Activity Center. Wearing a blazer with a special “Nandito Ako sa Bench” tee underneath, David was welcomed with applause and screams when he was introduced. The applause and screams got even louder when the star sang a series of songs, from his hit single “Crush” to the theme song of his new show, “Nandito Ako.”

So why David? Why not! He’s talented, charming, and blessed with boyish good looks.

David may be taking a two-year break from the entertainment industry (to go on a mission for The Church of Jesus Christ of Latter-Day Saints), but his Filipino fans need not fret because he has plans of returning to show business after that. “I don’t have set plans because so much could change even in a few months, but I already have some ideas of what I want to pursue and work on once I’m back.”

Besides, David’s show “Nandito Ako” just premiered last Monday, Feb. 20, and he will still be releasing an all-OPM album entitled “Forevermore” very soon. If those aren’t enough, we’re pretty sure that his print ads and billboards for Bench will also be found all over the metro.  Niño Mark M. Sablan, Contributor