Are you ready for some 'Parasite' merch? | Inquirer Lifestyle 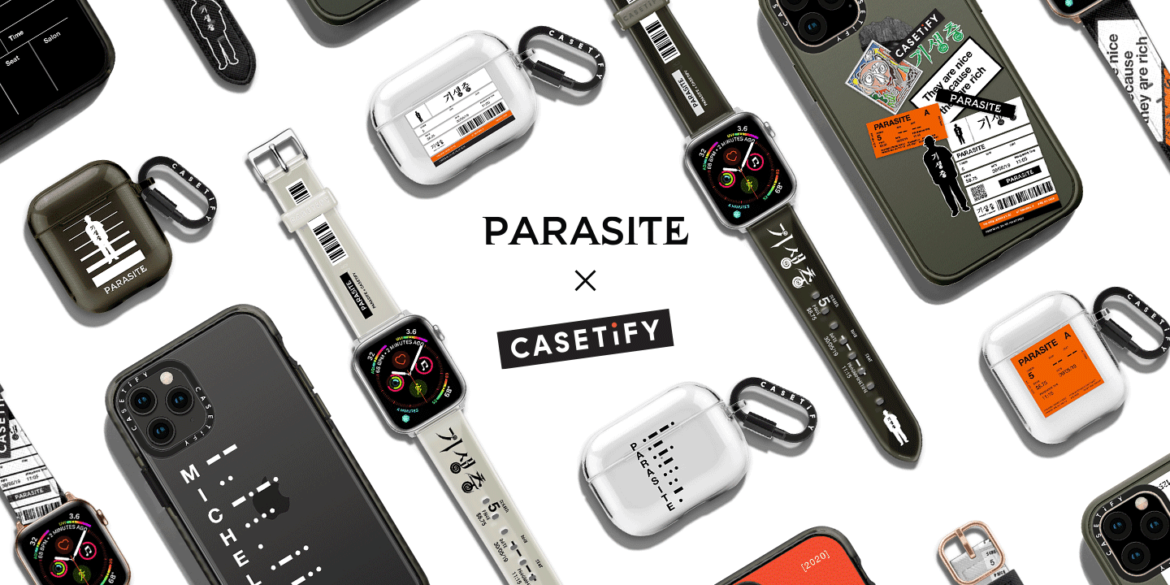 Are you ready for some ‘Parasite’ merch?

What determines a real pop culture hit? Is it an Oscar nod for Best Picture? Sometimes. Is it breaking a few film records? That helps. It’s also about being such a crowd draw that you inspire merchandise.

‘Parasite‘ is getting a taste of this via Casetify. The technology accessory company known for cute phone cases that inspire a million knockoffs launched a Parasite x Casetify collection yesterday.

LAUNCHING TOMORROW! “PARASITE” – The South Korean film, that swept the Oscars in 2020 was the first non-English speaking film ever to win Best Picture. 🎬⁠⠀ ⁠⠀ Naturally, we had to bring this iconic moment into the world of tech. Click our link in bio and get on the waitlist now!⁠⠀ ⁠⠀ #PARASITExCASETiFY⁠⠀

The collection features cases for the iPhone, GalaxyS20, and Airpods along with bands for the Apple Watch.

Designs include a movie ticket or a film board bearing details from ‘Parasite.’ Direct references to the film are used with the “Basement Man” design and the “Black Bar” design. You could also customize your name on your chosen case in Morse code, a language device that’s crucial in the film’s plot.

Casetify tags itself as one of the fastest-growing tech accessory companies in the past decade. Their personalized approach to durable phone cases pairs up with fun designs via various fashion, culture, and entertainment collaborations. They’ve done collections with Saint Laurent, Thom Browne, DHL, Bape, Sarah Jessica Parker, and BTS to name a few.