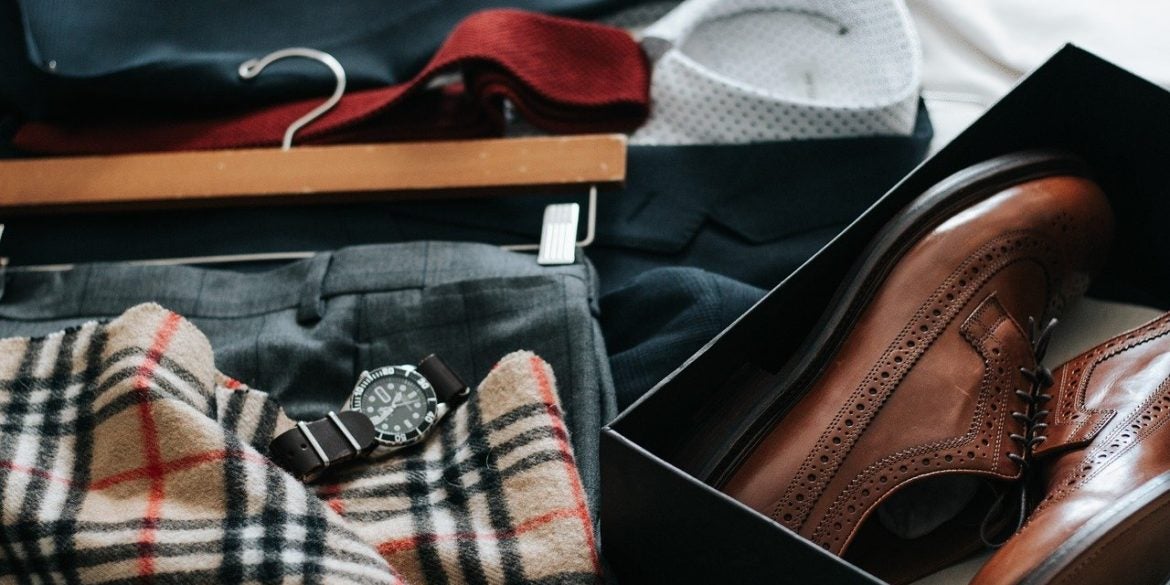 When Two Tribes Go to War but Forget the Real Enemy

“Are we ever going to wear our clothes again?”

A friend asked me this question a few weeks into the lockdown. While the subject may seem frivolous at this particular point in time, since social activities have pretty much ground to a halt, and the dress code for supermarket runs is strictly casual with a face mask, it in fact belies a more profound issue.

The clothes we wear have always signified more than mere pieces of textile stitched together. Clothes are code; they speak a language of their own, indicating, through our choice of outfit and accessories, our status, our lifestyle, our industry or occupation, even our idiosyncrasies. Details as subtle as the way we fold our sleeves, the kind of collar we pick for our shirts, the height of the heel we prefer, are all signals of our identity and the tribe with which we associate – or aspire to associate.

Even in quarantine, despite the fact that we are largely confined to our homes, the way we dress up continues to communicate who we are, our moods, our activities and responsibilities. Whether one is working from home or not, there is the tribe that likes chilling out all day in athleisure wear; the tribe that still gets dressed everyday in “proper” clothes, but perhaps foregoing trousers or skirts and heels in favor of shorts and flats, should a Zoom call require camera time; the tribe that goes with the flow and changes outfits throughout the day. And then there’s my favorite tribe of all, the tribe of heroes, the ones you’ll find dressed in scrubs and PPEs, doing the rounds in medical centers throughout the country. Sometimes you’ll find members of this tribe in the uniforms of supermarket cashiers and attendants, in the dark blue garb of security guards, and in the kitchen aprons of those who cook the meals we order for delivery.

But, to quote the Fine Young Cannibals, what happens “when two tribes go to war,” especially during a pandemic?

That there should even be warring tribes in a battle where the real enemy is the coronavirus is preposterous, especially when one of the two tribes is the Philippine National Police, armed, often arrogant and dressed in full combat regalia, and the other tribe, the citizenry, rarely armed, often demanding accountability in ways that can sometimes be described as obstinate, and in some cases, even shirtless.

Two videos crashed landed on us this week, and while we were transfixed for a moment by the spectacle of a half-naked, half-inebriated and increasingly agitated European expat telling the PNP to get the fuck out of his house before being tackled to the ground in an attempted arrest by the cop, sadly, none of the characters in this tawdry soap opera did their respective tribes proud. Captain Ri the PNP officer definitely was not.

Sartorially speaking, the entire cast could have benefitted from a bit of a makeover starting with the domestic helper at the crux of the issue, who might have worn a face mask to start with, and avoided the rather unpleasant series of events that came after.

That the PNP had allowed a trivial issue of a maid failing to wear a face mask while watering the plants by the perimeter of her employer’s home within an exclusive gated community to escalate into an unsightly and increasingly violent – and I would say unwarranted and unconstitutional – scuffle with a bare-chested man in his 60s with, it turns out, a chronic back injury, continues the police’s unchecked appetite of late for power-tripping under the guise of enforcing quarantine rules.

Yes, the expat was odious to his wife. Yes, his speech brimmed with expletives. Yes, he didn’t do himself any favors. But, really, what was the bloody point of the PNP being there? Over a P1000 fine for a mask not worn in what still is arguably private property? It’s so ridiculous that Eddie Izzard would have a field day relishing the irony of the situation and turning the whole thing into comedy gold.

Because, really, when you take away all the man’s swear words, what he was asking the cop and his phone camera-wielding sidekick to do was entirely reasonable. Please stop filming this, he asked politely, which was his right under the Data Privacy Act. Please kuya, he told the cop, are you telling me I have to wear a mask in my own house? And my maid, too, even if she was merely watering the plants and was nowhere near anyone she could possibly infect or be infected by?

There is no law or regulation that states that you or your companions must wear face masks in your own private property to prevent the spread of the novel coronavirus, which, we must all remember, is the enemy here.

Even in a state of emergency, or in the midst of a public health crisis, human rights still matter, and they are enshrined in the Constitution upon which our democracy – if indeed we are still one – is anchored.

So why did the PNP persist? Why didn’t the cop simply walk away and say, “You’re obviously agitated, Sir, let’s conclude this another time,” and have the barangay send the putative citation for the maid which the wife could have settled the next day? It would appear that far from being a random patrol of the village looking for “offenders,” the PNP that afternoon was out to get someone. Someone, as the fervid rumor mill declared, who was despised by many, who was overstaying in the country, who was involved in unsavory business dealings. Whether this is true or not is immaterial, and does not excuse the PNP running roughshod over the man’s civil rights. It’s as if the PNP were spoiling for a fight and waiting for the man’s behavior to become more aggressive in order to justify an arrest.

Because somehow the PNP must have known the man had a short fuse and would react that way. They are reports that a neighbor reported him, a neighbor who had wanted him out of the village and perhaps out of the country for a long time. All it takes, in a society that prides itself on its “Bayanihan spirit,” is one phone call to the PNP, just as one phone call was all it took for the heavily armed PNP to barge into a luxury condominium in BGC without justifiable cause and without a warrant while flouting the quarantine rules they had ostensibly come to enforce.

And the PNP, as we have seen, responds to each call with the salivating eagerness of famished lions ready to tear Christians from limb to limb in a Roman arena. And we are the mob that cheers the lions on, pouncing on the man’s all-around a**hole-iness instead of realizing that he is yet another target of police abuse.

And because the PNP says they don’t discriminate between rich or poor, they’ve had a field day rounding up “offenders” of the quarantine law, even shooting a soldier – a former Philippine Army officer who fought in Marawi – claiming that their lives were in danger because Retired Army Col. Winston Ragos was armed. Which he was not, and there were eyewitnesses to the killing in a public space in broad daylight to attest to that and to the fact that he had been suffering from PTSD.

Fittingly, Ragos was given a hero’s burial at the Libingan ng mga Bayani. And tellingly, the army has asked the NBI for an impartial investigation into the murder, following reports that the cops who were primarily involved in the murder had also conveniently taken Ragos’s sling bag which allegedly contained his firearm. Even the National Police Commission said that the Scene of the Crime Operatives (SOCO) should have handled the pieces of evidence, otherwise coming from the cops, it could be viewed as “less credible.”

The PNP would do better to remember that they exist to serve and protect the citizenry. Maybe instead of shooting people down or arresting them without warning for not wearing a mask or breaking quarantine, they might bring masks to communities that can’t afford to buy a mask for themselves. They might try to designate areas for those who are homeless to shelter at a safe distance from each other during the ECQ. They might try to build trust instead of persisting in the belief that the best way to do their duty is to instill fear.

As for the European expat, things might have turned out differently if he’d only worn a shirt.

The war that needs no guns