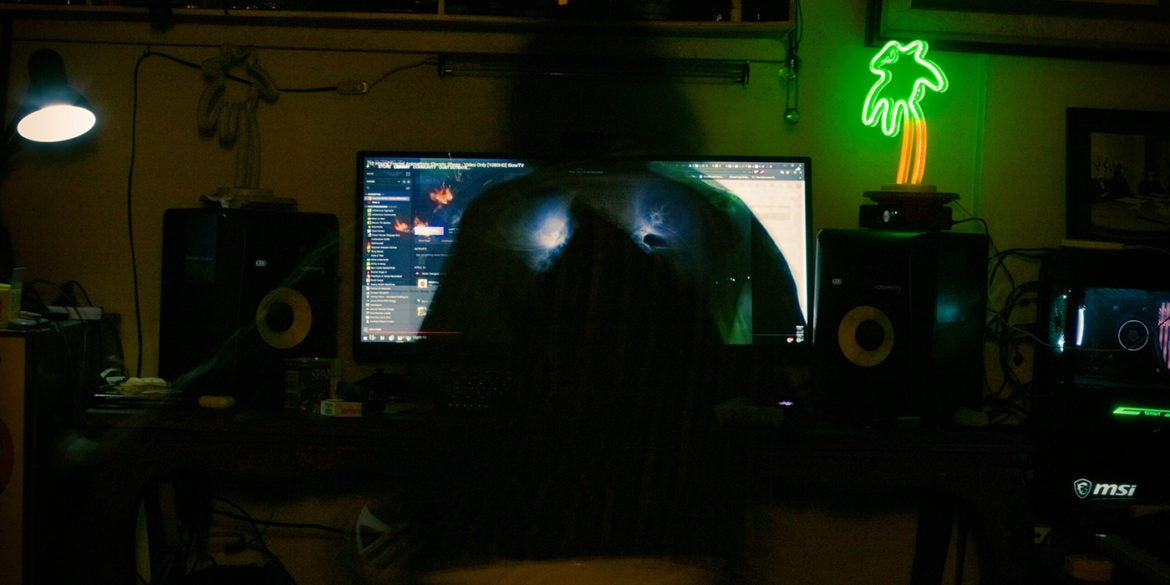 Creativity in Lockdown: A quarantine diary by filmmaker and activist Jose Olarte

In this series we asked artists and photographers to share photo diaries of life in quarantine.

This conversation has been edited for clarity.

“I’m alone in my home studio in in Teachers Village. A regular day for for me is facing the multiple screens I have. I wake up, check my phone, stand up, drink water, I then turn my desktop on, take a cold shower, I get on Facebook, check my e-mail, and then I just start doing Internet tingz. I drink a cold batch of black coffee that I prepare the night before. A few hours later I cook. Then I watch something while eating. Then maybe later I’ll play some video games or try to make some music or read or do some research on political happenings. I make it a requirement for me to know what kind of injustices are happening within my reach so that I may be able to help if possible. After that I just make coffee again. I watch something and pass out.

“Work-wise I have been financially affected. I have no income of sorts at the moment. I’m currently relying on savings and help from family. I still haven’t stopped working or creating. I consider whatever it is I’m doing on the Internet or computer as work. I mean as a filmmaker I really need to consume a lot of visual materials. One major major difficulty for me is not being able to be with my son physically on our scheduled dates. He currently lives with his mother and his grandmother, and we need to be serious with the social distancing, since babies and the elderly are extremely vulnerable to the virus. I’ m just lucky enough to be able to see him via the Internet.

We also shouldn’t take our social interactions for granted. Being able to go outside was a gift. But also having a home and food is a major privilege we often take for granted.

“The lockdown made me realize how I really need to be outside more often to create work, since the work I produce is part of my social practice. It’s hard to shoot the things I need or want to, from the boundaries of my own space. I’ve come to realize that we also shouldn’t take our social interactions for granted. Being able to go outside was a gift. But also having a home and food is a major privilege we often take for granted.

MORE IN THIS SERIES:

Creativity in Lockdown: A quarantine diary by artist Gerome Soriano

Creativity in Lockdown: A quarantine diary by photographer Gio Panlilio