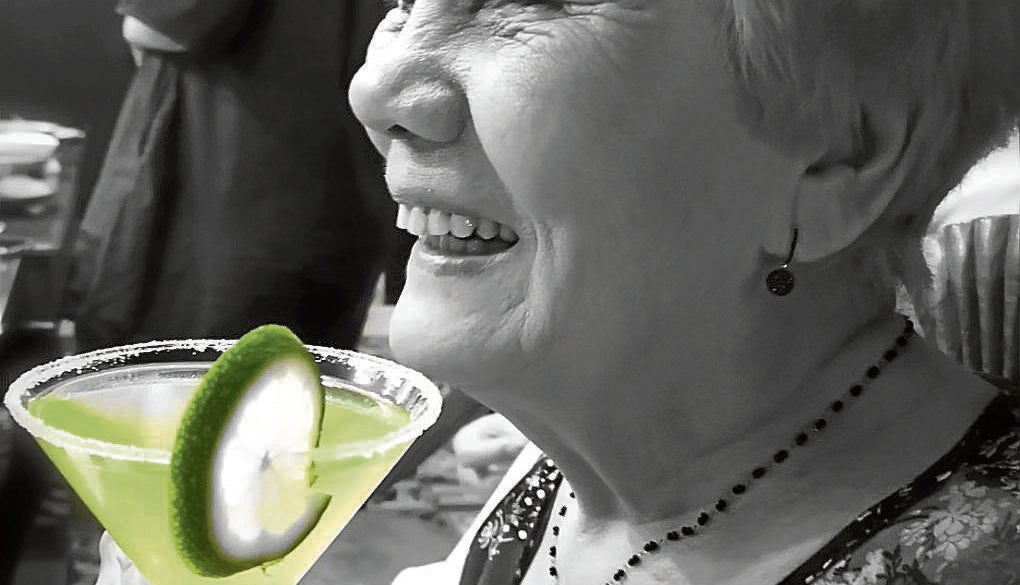 A bouquet for Mom

The night before my wedding day, she gave me only one piece of advice: 'Be the wife your husband needs you to be'

None of us look like Mom. We are four daughters with little resemblance to each other, and it was disputable that any of us inherited her mixed-race looks, least of all me. Everyone said I looked like my father Vicente.

Dad recalled that he noticed an attractive woman immediately at a party and wondered why fellows were not swarming around her. He found out why after the first dance.

Cecilia was feisty, strong-willed and straightforward. While Mom was intimidating to most, Dad was drawn to her intelligence and free spirit. He was the traditional alpha male challenged by the girl who told him to maintain the palm distance while they were doing the foxtrot.

Mom was the firstborn in a family of five, an achiever who reaped medals every year. Her father, Jose, was a self-made man with a sense of humor and a generous heart. He married Mercedes, the daughter of a man born in Spain, who had relocated to the country and married a local lass. Mercedes was dark, with deep-set eyes and a strong personality.

Someone who met my grandmother and my mother once asked me without apparent premeditation, “They are so beautiful. What happened to you?”

It wasn’t the first time I was asked that. During a parent-teacher meeting in the convent school I attended, my high school teacher Mrs. B, who was standing near me, asked aloud who that beautiful woman was, pointing to Mom. I said she was my mother. Mrs. B looked at me and spontaneously said, “Anong nangyari sa ’yo?” I don’t think she meant any malice and I took no offense, not then nor any other time that a comparison was made.

She was pretty and it was the truth, but appearances were not high on the list of what our parents passed on to us as life-defining.

Mom once graced the cover of a nationally circulated magazine and had been a local beauty queen where she grew up, largely because of her mother. It was bandied among family that Mercedes, my Mamang, lived out her fantasies by volunteering Mom for the Flores de Mayo and santacruzan processions. The beauty tag had become a family joke among mom and her siblings, but what she looked like then was just a small part of who she was.

Mom was well-grounded, not easily impressed by titles, trappings and privilege. She took these as a matter of course.

Entitlement was not part of our upbringing. When we would spend summers in a luxury hotel as part of dad’s privilege as a director, we were told to politely decline little extras.

We were expected to do things for ourselves. Even though we had house help, my sisters and I had to make our own beds, wash our intimate apparel and get our own glass of water instead of calling the yaya to bring it when we were outside. Mom instilled in us the value of respect for others, regardless of people’s stature in life. The cook, the cleaning girl, the laundry woman were to be spoken to with respect and not ordered around for every whim.

Instilling a sense of responsibility, according respect to people who were different from us, eschewing special treatment later helped us transition when Dad passed away. While he had wanted to give us the best he could afford and protect us from unnecessary discomforts, Mom gave us a way of dealing squarely with life’s realities.

Dad and Mom were a good team, friends who whistled concertos together over the dining table when breakfast was done. She was the compleat wife of a successful professional who entertained his friends and colleagues at home. Mom was always more comfortable in casual clothes, preferring jeans and rubber shoes, but she would dress as the occasion merited and was a stunning companion by his side. She never withheld the support he needed and used her extensive creative skills to prepare unique corporate gifts, decorate his events, create a comfortable home.

Mom painted, sewed, designed jewelry, did leather crafts and made things with her hands. Dad wanted a full-time homemaker, and she acquiesced. At no time did I feel that she resented not being able to pursue a career, despite her apparent capabilities.

The night before my wedding day, she gave me only one piece of advice: “Be the wife your husband needs you to be.” It was what she had done all through her married life, and the choice she made had given her a marriage with no regrets.

Dad was happy to come home early so we could have dinner together every day. He also came home for lunch whenever he could. He and Mom were each other’s preferred company. When it rained, they put on their raincoats and plastic boots and went to their favorite restaurant in Chinatown. They listened to symphonies full blast, played poker with longstanding friends on weekends and went bowling together. Mom was Dad’s intellectual equal, which was apparent when they took us into their conversations and discussions.

She was articulate and expressed herself as much as she listened to him. When she wanted to go back to school and get a degree that would enable her to teach, he supported her. When he decided to retire at 40 so he could spend more time with family, she stood by his decision.

He passed away eight years into his retirement, at 48; Mom was 43. She went back to university a third time and took up units in geology. She was climbing mountains with kids half her age. She wasn’t picking up a life she had foregone or left behind; she was just moving on to the next stage of her life.

A few years ago, Mom moved from her three-story house to a small, one-level flat a few steps away from my sister, who is one of five doctors in the family, in-laws and nephew counted. It was a practical decision, given the number of stairs she needed to climb and the weakening of her knees. She didn’t want to live with any of her daughters, but was amenable to staying near one of us. Mom does go out occasionally, particularly if the excursion will include a margarita, which she enjoys.

The pandemic has left her isolated because the doctors in the family who live next door do not want to risk infecting her. Her grandchildren adore her and shout out greetings when they pass by or send her text messages. She is praying, painting, sewing, gardening and listening to her music.

It has been said that we need only look at our parents to see what we will become when we get to their age. None of us will ever really look like her, but if we approximate even just a fraction of the joie de vivre, the wisdom and grace of her years, we are on track to our best lives, which hopefully will inspire our own children to do as she has done for us. —CONTRIBUTED