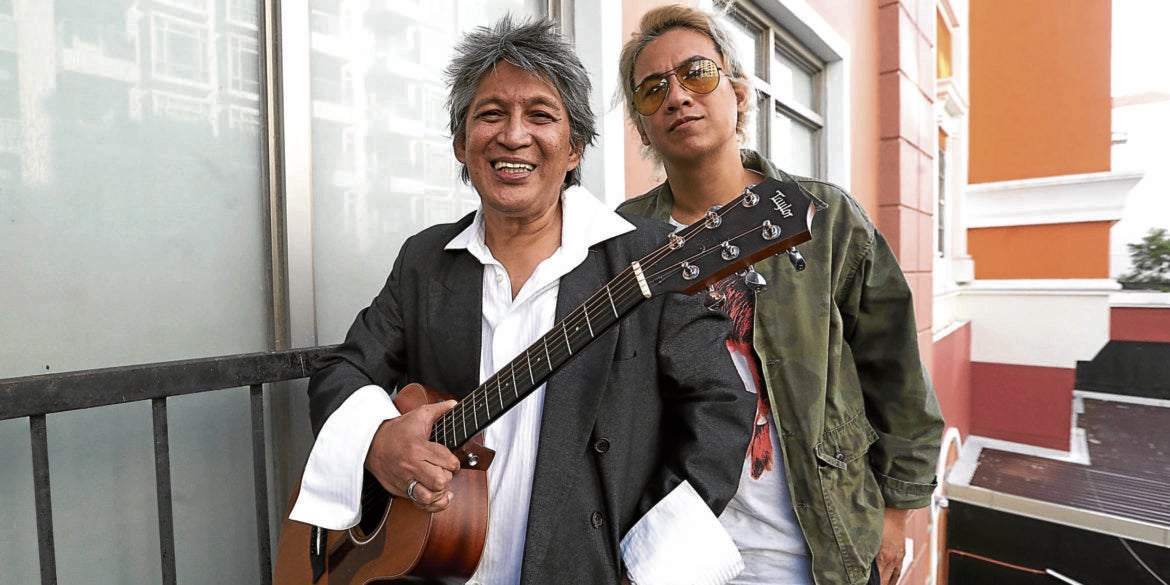 Amid fear and uncertainty, it’s a musical meditation of sorts on spiritual yearning

Jun Lopito’s guitar playing is the stuff of legend.

When it comes to pure rock-’n’-roll feeling, no one even comes close.

But you’ll have to take my word for it, because his best, most transcendent moments have always occurred live. They happen when you least expect them, in a nondescript club date or some private gig: The band goes into a song and for a while nothing much happens.

Then comes Lopito’s solo, and if it’s a good night and he’s in the zone, he’ll attack with a flurry of notes with that biting Stratocaster tone that just hits you in the gut, and that you’ll remember for years afterward.

Lopito is also one of the few living links with the golden age of Pinoy rock, having made his professional debut at age 17 with Joey “Pepe” Smith, Edmond Fortuno and Gary Perez in the band Airwaves.

Recorded evidence of his peculiar genius, however, has been scant.

Lopito is a legend, in part because more people have heard of him than have actually heard him.

It’s been 25 years since his first solo album, 1995’s “Bodhisattvas” (BMG). Since then, there’s only been “Buddha Blues You,” a self-produced, limited release “bootleg” album that came out 10 years ago.

Which is why music fans were pleasantly surprised when, right in the middle of the quarantine and without too much fanfare, Lopito released on Spotify a mellow acoustic guitar- and piano-driven ballad last April 24.

Bearing the title “Moonflowers,” it’s a musical meditation of sorts on spiritual yearning and his life journey thus far.

It’s also the first evidence of a new album, rumored to be in the works ever since Ely Buendia’s Offshore Music label put Lopito in its roster of artists in 2018.

In a Facebook Live interview with Jamie Wilson, theater artist and erstwhile vocalist for Lopito’s band the Bodhisattvas, the guitarist confirmed the imminent release of his second official album, which will bear the title “Bodhi3NMRK.”
The title is a reference to Lopito’s long-standing faith in the tenets of Nichiren Buddhism, whose central practice is the chanting of the mantra “nam myoho renge kyo.”

Followers (which include Tina Turner and Orlando Bloom) believe that the mantra distills the entire wisdom of the Buddha, and chanting it has the power to bring positive changes to one’s life.

“I’m chanting it for all the front-liners, that they survive this crisis,” said Lopito. “I’m also chanting for the World Health Organization that they finally get the right [vaccine] formula for this disease.”

In a telephone conversation, he said the album was already finished, and had already been brought to the United States for mastering and pressing as a long-playing vinyl album when the pandemic hit, and music production was shut down.

The current climate of fear and uncertainty seemed like a good time, he said, to release a song whose central message is the need for wisdom and compassion to guide us through “the winds of change.”

A “B-side” bearing the title “Sagala Girl” is scheduled for release on May 21. The rest of the 10-song album, equally divided between straight-ahead rockers, blues and mellower acoustic numbers, should follow in due course, with a digital release preceding its eventual appearance on vinyl sometime after the quarantine is lifted.
(The long-awaited vinyl reissue of “Bodhisattvas” is also on Offshore Music’s release calendar.)

Born Wolfrando Xavier Lavalan in 1958, the guitarist took his stage name from his father, 1960s TV variety show host Lopito. He was born to play rock ’n’ roll, learning his first chords while still in his teens from brother-in-law Tony Jalandoni, guitarist of The Downbeats, then the country’s leading “combo.”
Former Downbeats drummer Pepe Smith later asked him to join his post-Juan de la Cruz outfit the Airwaves.

Though he cut his teeth on blues and the classic rock of the Rolling Stones and Eric Clapton, Lopito’s career straddled the transition from Pinoy rock to punk. He played with the first incarnation of Pinoy punk pioneers the Jerks in the late ’70s.

Since then, he’s lived the life of a journeyman rocker, from time to time leading the Bodhisattvas, a band with a fluid lineup; only Lopito is the permanent member. Most of the current Bodhisattvas heard on the new songs are at least half his age, and include members of the Borrachos, Lady I and Ely Buendia’s Apartel. Veteran drummer Rene Tengasantos is the only holdover from previous incarnations of the band.

“It’s like what Bruce Lee said about water,” says Lopito, referring to his music: The form may change depending on the container, but in essence it’s still the same music.
It recalls what the guitarist wrote in the liner notes of his first album: “What I play is what I am.” INQ