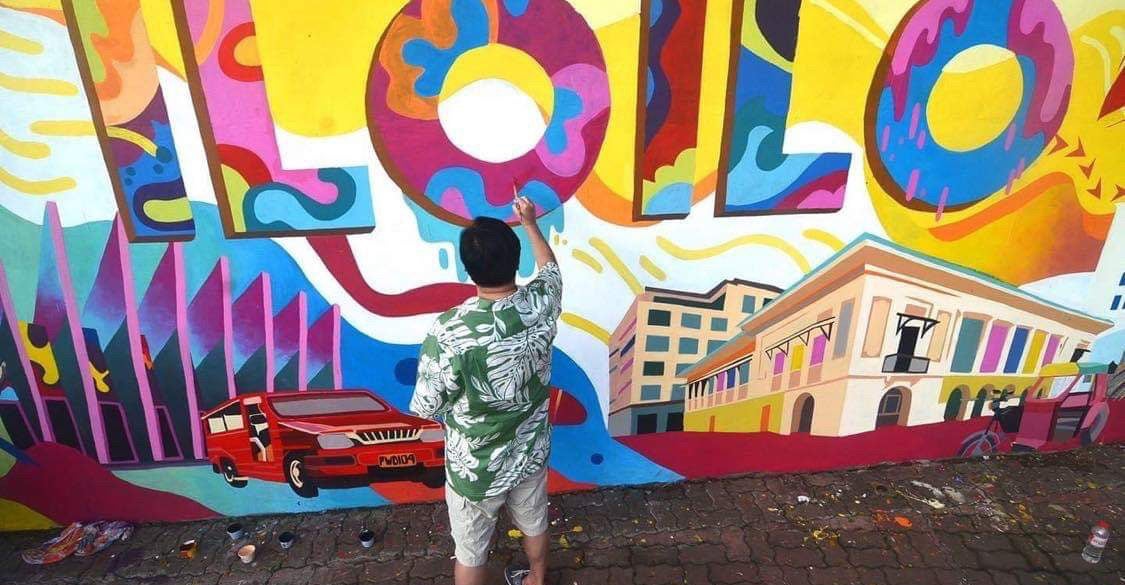 Civic pride and cultural identity seem to play a huge part in how a community weathers a crisis such as the new coronavirus disease (COVID-19).

Iloilo City was already in the midst of an economic and cultural renaissance when the virus hit earlier this year, so it didn’t come as a surprise that Ilonggo artists were among the first to mobilize a response.

“The way the art community (artists and collectors alike) and the Ilonggos in general responded to the pandemic is a model for others, to a point that many have labeled Iloilo as ‘Wakanda,’” says visual artist Rock Drilon, a reference to the fictional utopia.

Drilon was already an established artist in Manila—best known for his paintings in the abstract idiom and for running the Mag:net gallery in Katipunan—when he relocated to Iloilo in 2012.

Since then he’s been an active participant in Iloilo’s cultural rebirth that has picked up steam over the last five years or so.

“We have art venues in different settings: museums, galleries, café/art bistros and school-based art venues. Megaworld’s Iloilo Museum of Contemporary Art exposes the Ilonggo and visiting audiences to local, national and international art. We publish the Iloilo Gallery Guide quarterly with a map and short description of ongoing shows. Artist groups big and small have been organizing themselves.

“We have a very supportive local media, generous to a point of dedicating full-page coverage and reviews. Talks and workshops by visiting prominent artists, curators and critics are occasionally held, including interactions with the local art community. Patronage is slowly catching up, especially in recent times with an LGU (local government unit) that has included support of the arts in its ‘Level-up’ program-agenda.”

Originally scheduled for April, the first Iloilo Summer Arts Festival, intended to be a showcase for the local art scene, had to be canceled because of the pandemic. Instead, local artists mobilized “Ilonggo Artists Against COVID-19,” a fundraising effort to help provide face masks for every resident of the city.
Option to donate
Drilon credits Iloilo City Mayor Jerry Treñas and his daughter Raisa with coming up with the idea for an online art gallery where artists and collectors could donate artworks for sale, in order to raise funds for face masks for free distribution.

Artists are given the option to donate 100, 70 or 50 percent of sales to the effort, depending on their own needs.

The initial target of P1 million was exceeded in one week, and a new target of P2 million has been set, to allow for two face masks for every city resident.
“The art community here is lucky to have a mayor who embraces art, “ says Drilon. “His house is like a museum and the city hall is becoming one, too, since he took over last June. Even the city is becoming a gallery with all the public murals by various artists mushrooming in different locations which he commissions.” The mayor has also been giving away canvases to local artists, he adds.

Iloilo was ahead in testing, says Drilon, with laboratory facilities set up early on at the West Visayas Medical Center, and additional testing centers expected at three other hospitals in the area as well as city hall.

Iloilo has been declared among the “low risk” regions where lockdown measures can be eased. Social distancing will remain a fact of life for the foreseeable future, however. “Ilonggo Artists Against COVID-19” is sustaining its efforts to meet its new target, which is two face masks for every city resident, so they can continue to wear one while waiting for the newly washed one to dry. INQ