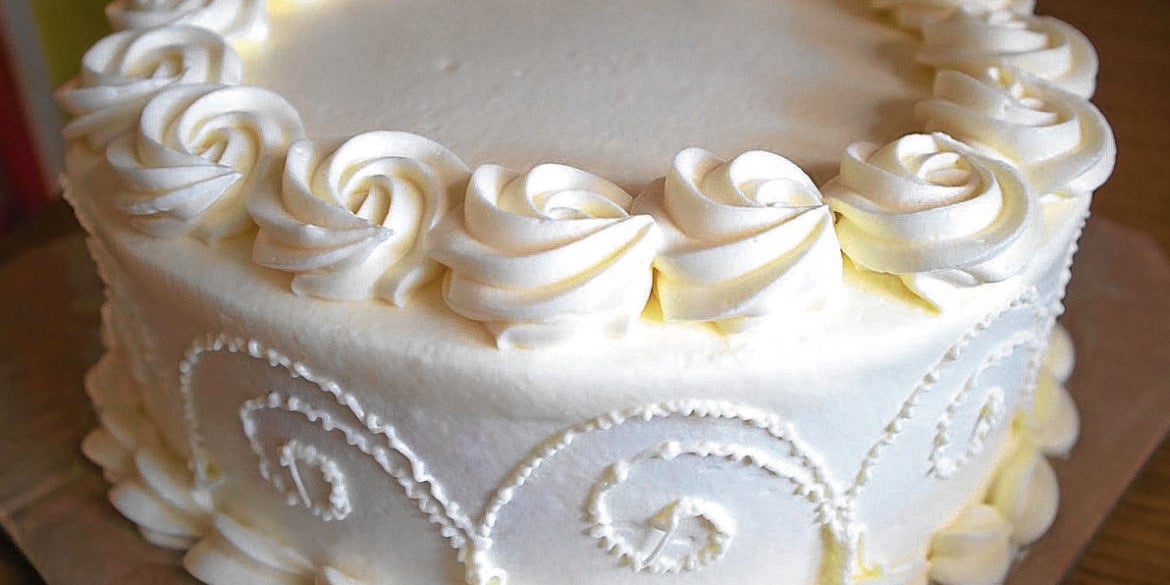 Teffs Bakery birthday cake, sold in different colors and flavors. Greetings are written in icing while you wait.

Finding a birthday cake these days hasn’t been easy.

When our household member, Love Edrega, celebrated her birthday away from her family, we wanted to do something special for her—at the very least, surprise her with a birthday cake and her favorite food.

Since her preferred burger and spaghetti chain did not have her favorites for delivery, we had pancit, barbecue and ube macapuno pan de sal.

Luckily, we found a cake. I surmise no birthday is complete without it because when we brought out her candlelit gâteau, she burst into tears. Thanks to my dear friend, chef Ana Yu, for making our mini birthday party possible.

Ana herself was in search of a birthday cake for her mother-in-law. Her go-to stores didn’t have any until she passed by Teffs Bakery in Malabon, which is known for pan de coco, kababayan, Spanish bread and mamon.

When Aljon Montaraye was in his teens and in search of a job, he landed in a bakery. There he learned bread making and became a master baker.

In 2013, Aljon, his wife Juvy, and cousins Francis and Elena Montaraye set up Teffs Bakeshop. With an initial investment of P150,000 seven years ago, the four have expanded operations and now own three branches. The secret to their success, according to Juvy, are sipag, tiyaga and teamwork!

A few years back, Aljon tried baking cakes due to customer demand. He also learned to decorate them—a skill he shared with his wife. At Teffs, the birthday cake collection comes in assorted colors and flavors. Each one is neatly made and cleanly iced; the shells and swirls that cap them, all beautifully piped. They can even customize cakes for you.

The cake itself is soft, very spongy, and sold for P250.

Juvy said it was their wish to make it affordable for everyone to have a cake on their special day.

With the cake, Ana included a box of her new product, ube macapuno pan de sal. When the courier arrived, the breads were fresh hot out of the oven.

The brown-crusted purple treats were soft and airy, but with good dough to bite. The centers were generously filled with homemade gooey ube haleya and thin soft strips of sweetened macapuno—perfect with a cup of coffee or tea!

I found frozen coffee jelly that is so addicting. Apparently, the kitchens that create some of my favorites have other specialties that are just as delicious.

Diane Ramos incorporates her chewy coffee jelly into a cream mixture that is a cross between a mocha mousse, mocha-flavored cream and mocha buttercream. When frozen, it is like mocha ice cream with jelly bits. Served chilled, it is soft gelatin that is pleasant to chew, laced with rich, luscious, silky mocha-flavored cream. Tel. 0917-8432133