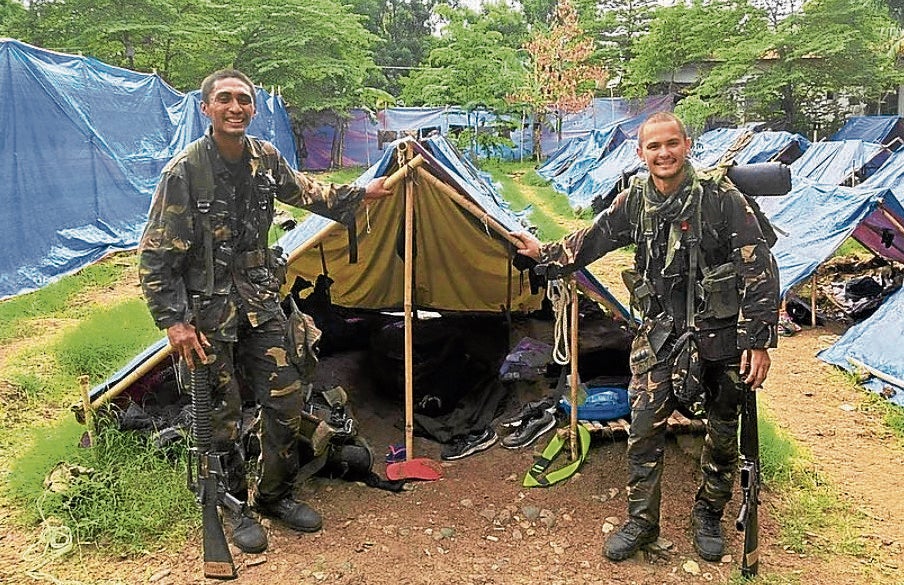 In South Korea, military training is mandatory for male citizens, including K-drama/pop idols.

What’s it like if a Filipino celebrity does the same, even if only for the experience?

Worth watching for free online via iWant is “Ranger G,” a video documentary on actor Matteo Guidicelli’s training as a reservist in the Scout Rangers or the 1st Scout Ranger Regiment of the Philippine Army. (“Ranger G” is the name he was given while training.)

Mistaken by some netizens as a publicity stunt, the 82-minute video is, in fact, a revealing peek into the backbreaking training of the elite unit of the Armed Forces of the Philippines. This is the strike force that specializes in antiguerrilla jungle warfare, raids, ambushes, close quarters combat and urban warfare.

The backstory, which Guidicelli tells Lifestyle in a phone interview, is that he met some AFP Rangers and Philippine National Police Special Action Forces while skydiving. On a visit to the Scout Rangers headquarters at Camp Tecson in San Miguel, Bulacan, he expressed interest to join training after seeing groups of young men and women undergoing routines, who turned out to be Philippine Military Academy (PMA) cadets.

The scene reminded him of his college days in Chicago, where he saw recruitment centers inviting people to join the US Army.

“I never had the guts,” he recounts, “imagine being in the jungle like in a war movie.”

Everyone was against it, he recalls—his Ranger friends (“Delikado, hindi yan basta-basta,” they said), his parents, his then-girlfriend-now-wife Sarah Geronimo, his manager Vic del Rosario Jr. (who quipped: “Why don’t we just do another movie?”).

It took him around three months to convince Del Rosario, who then thought Viva Films could at least do a docu on it.

The idea was initially turned down, until the Rangers’ commanding general said maybe it could give the public a good glimpse of how this elite group is molded to withstand physical and mental challenges.

On the first day of his over monthlong training alongside PMA cadets, Guidicelli looks so overwhelmed by the grueling calisthenics routine, he’s in tears.

“It shook me,” he says. His being a fitness buff was no match to the exacting exercises of the Rangers program.

Some of his cotrainees are seen fainting from sheer exhaustion or due to complications from a past ailment, like PMA cadet Joshua Cañete, his assigned buddy with whom he shared sleeping space in a tent. Guidicelli himself sustains cuts and bruises on particularly rough days.

The trainees roll in the mud, take a bath in a lake, and wash their own uniforms. Guidicelli looks humbled. And when one trainer asks him, in a half-mocking tone, “Kaya pa?” he replies, “Kaya pa!” like he’s taking it all in stride, but seems on the verge of quitting.

The most difficult part, he says, is the psychological test in which the trainees are blindfolded and treated as prisoners of war. The physical and mental torture techniques look and sound real.

In the video, Guidicelli appears dirty and all soaked up. There are nights they sleep in their wet garments, he says, so that Rangers can get used to adverse conditions in the mountains.

On extremely hot days, they are allowed to cool down in what is dubbed a “Jacuzzi”—which he says is a muddy canal where they immerse themselves.

Such situations bring discomfort. “You get blisters on your feet,” he says. “My secret was I brought coconut oil, which I rubbed on my feet and my singit.”

But all in all, it’s an experience that Guidicelli says changed his view of military life and deepened his sense of patriotism.

As a scout ranger reservist, he can be called to report for active duty. For now, he is happy to have participated in calamity operations in Mindanao.