British rights activist and author says Communist Party is a ‘danger’ to Chinese people and the world | Lifestyle.INQ ❮ ❯ 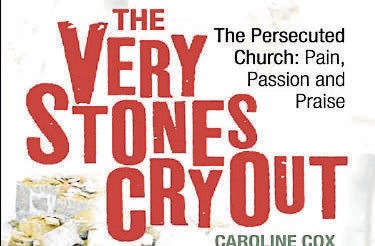 Benedict Rogers’ 2011 book expressed cautious optimism on the religious rights situation in China. But since President Xi Jinping came to power, “religious repression is the worst since the Cultural Revolution.”

‘COVID-19 began in Wuhan, but because the CCP repressed the truth rather than the virus, it became a global pandemic inflicting death and destruction everywhere’

British author and human rights activist Benedict Rogers said the coronavirus pandemic has exposed the Chinese Communist Party (CCP) as a “danger” to both the Chinese people and the world.

He added that China under President Xi Jinping “is facing the most brutal assault on human rights since the Tiananmen massacre 31 years ago.”

In an article on United Catholic News (www.ucan.com), Rogers, a longtime Hong Kong-based journalist who was banned by Beijing in 2017, said he had always warned British policymakers about the worsening human rights situation in China under Xi.

“For many years I felt almost a lone voice, crying if not in the wilderness then certainly on the sidelines,” he wrote. “Proponents of the so-called ‘Golden Era’ of Sino-British relations found me an irritant. Yet now the world is waking up to the fact that the CCP is not only a danger to its own people but to us all.”

“COVID-19 (new coronavirus disease) began in Wuhan, but because the CCP repressed the truth rather than the virus, it became a global pandemic inflicting death and destruction everywhere,” Rogers wrote.

“Senior British parliamentarians . . . are now saying what I have been saying for years: we must completely recalibrate our policy toward the CCP.”

Rogers said a distinction should be made between the Chinese people and the CCP.

He said to blame the pandemic on the Chinese people would firstly be “racism,” which is “abhorrent and should have no place in society.”

“Secondly, the people of China are the primary victims of the CCP’s brutal rule. I want my Chinese friends to be liberated from the regime’s repression, not blamed for it,” wrote Rogers.

“Thirdly, failure to make the distinction risks playing into the CCP’s nationalist narrative. They want the people of China to see this as a fight between China and the West, but we must make it a fight between tyranny and freedom, lies and truth, barbarity and humanity.”

Rogers, 45, is cofounder and deputy chair of the United Kingdom’s Conservative Party Human Rights Commission. He has done reports specifically on religious freedom in China and elsewhere.

Titled “A Love Affair with China Turned Sour,” the article told of Rogers’ romance with everything Chinese (his master’s thesis was on Chinese studies) and his work in Hong Kong and the mainland as a journalist for several years after the British turnover in 1997.

“And to be very honest, until Xi Jinping came along, I was cautiously optimistic that as China liberalized economically, it would open up politically,” he wrote.

“Then along came Xi. It would be a mistake to put it all on his shoulders alone—he could not have unleashed the ferocious crackdown that has occurred in the past eight years without the support of other senior CCP leaders. But nonetheless, under his leadership the space for civil society that I witnessed has all but disappeared and China today is facing the most brutal assault on human rights since the Tiananmen massacre 31 years ago. And in one sphere—religious freedom—the repression is the worst since the Cultural Revolution.”

In 2011, when Rogers authored with Baroness Caroline Cox the book, “The Very Stones Cry Out” (Bloomsbury), he expressed cautious optimism about the religious rights situation in China.

Subtitled “The Persecuted Church—Pain, Passion and Praise,” the book details the persecution of different Christian denominations around the world, notably in China.

“(Violations of) human rights in China has diminished in recent years,” Rogers and Cox wrote. “Mass arrests and the destruction of churches are a rare event today and unregistered churches that do experience difficulties are more likely to encounter frustrating, bureaucratic restrictions rather than intense and bloody persecutions.”

“The general trend is positive but the plight of Christians proves there is a long way to go before full religious freedom exists in China,” the authors added.

“Whether in periods of intense persecution or frustrating restrictions, Christians in China have displayed extraordinary levels of persistence and determination, grounded in faith, courage and hope.”

But since Xi came to power in 2013, religious freedoms have more and more been curtailed. Christians and other religionists have been persecuted and imprisoned. Churches have been demolished and crosses and Christian icons replaced by portraits of Xi Jinping.

Rogers wrote in his Ucan article that he himself had been harassed in real and virtual terms by CCP agents. The harassment has made him “more determined.”

“The more I realized I could not stay silent. And so over the past five years, not only the erosion of Hong Kong’s freedoms but the horrific persecution of the (Muslim) Uyghurs—one of the worst mass atrocities of the 21st century—as well as the serious crackdown on Christians, the assault on practitioners of the Falun Gong Buddha-school meditative practice, forced organ harvesting, the imprisonment of bookseller Gui Minhai, the disappearance of lawyers, bloggers, whistleblowers, Tibet and Taiwan, have all become my causes.” INQ