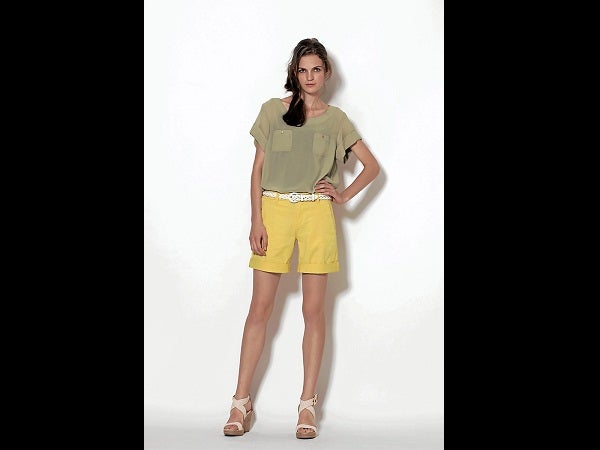 When Uniqlo announced its entry into the Philippines recently at Hotel InterContinental in Makati, Japanese Embassy officials were in full force—and understandably so.

The clothing chain is one of Japan’s biggest exports today and is owned by Japan’s richest (or second richest, depending on who you ask) man. It   claims to be the world’s fastest-growing apparel retailer.

Uniqlo’s first Philippine store opens in June at SM Mall of Asia. The shop, to cover 1,500 sq m, will carry the men’s, women’s and children’s lines.

Tadashi Yanai, chair and chief executive of Fast Retailing Inc., said in an interview early this year that Uniqlo is going into developing countries with a fast-growing middle class, naming the Philippines and other Asian countries.

Uniqlo is expanding rapidly overseas, aiming to have 288 stores outside Japan by August, most of which will be in Asia. The Philippines is the 13th country in its roster, following recent openings in Thailand and Malaysia.

Katsumi Kubota, chief operating officer of Fast Retailing Phils., said the brand can’t claim to be No. 1 in Asia if it doesn’t go into markets like the Philippines. It’s also present in Hong Kong, Singapore, South Korea, China and Taiwan.

Frequent overseas travelers may already be familiar with the brand, its cavernous stores characterized distinctly by its basic tees and sweaters in a vast range of colors stacked high neatly from floor up, alongside seasonal clothing like ultra-lightweight down jackets and foundation garments in heat-trapping tech fabrics called HeatTech.

Uniqlo first opened in 1984 in Hiroshima as Unique Clothing Warehouse. By 1991, it had become a full clothing chain with 29 outlets across Japan; that grew to 507 stores after another 10 years. It now has 853 stores in Japan, and 223 overseas, with shops in the UK, France, Russia and the US.

It will soon unveil a megastore in Tokyo’s Ginza district, with 12 floors of retail space.

Last October, it began its massive expansion in the US, opening two flagship stores in New York alone, just as its American counterpart, Gap, announced it was closing 20 percent of its stores.

In 2009, Yanai was rumored to be eyeing the troubled American brand for acquisition.

Looking back, Uniqlo has made mistakes when it adopted the formula of trend-driven and runway-inspired global chains like H&M and Zara. The results were detrimental to the bottom line, Yanai acknowledged in its 2010 annual report. It reassessed its market position and went back doing what it does best: the core basics.

Its best-selling items remain the bra top, a tank top with a built-in bra, and HeatTech. Uniqlo items are characteristically well-made, affordable but not disposable-looking, which can’t be said of most fast-fashion chains.

In 2009, it began a collaborative partnership with Jil Sander, the high priestess of 1990s minimalism, who had, at the time, been on a five-year hiatus. The German designer’s +J line for Uniqlo brought cachet to the brand, which served up sleek-cut outerwear, denim, classic white shirts and even sweats. (Sander sent out her last +J collection last fall.)

Uniqlo is one brand that thrives in a crisis. It rode the Asian financial slump in the late 1990s with its affordable clothing range, buoyed by its fleece boom in 1998. While luxury brands languished in the 2009 economic downturn, the Japanese chain posted growth.

Uniqlo manufactures its clothes in China, Vietnam and Bangladesh. Kubota said there are no immediate plans to make their clothes in the Philippines. He and Naoko Otoma, group executive vice president of Fast Retailing Inc., declined to say the amount of the company’s investment in the Philippines, nor the number of stores they plan to set up here.