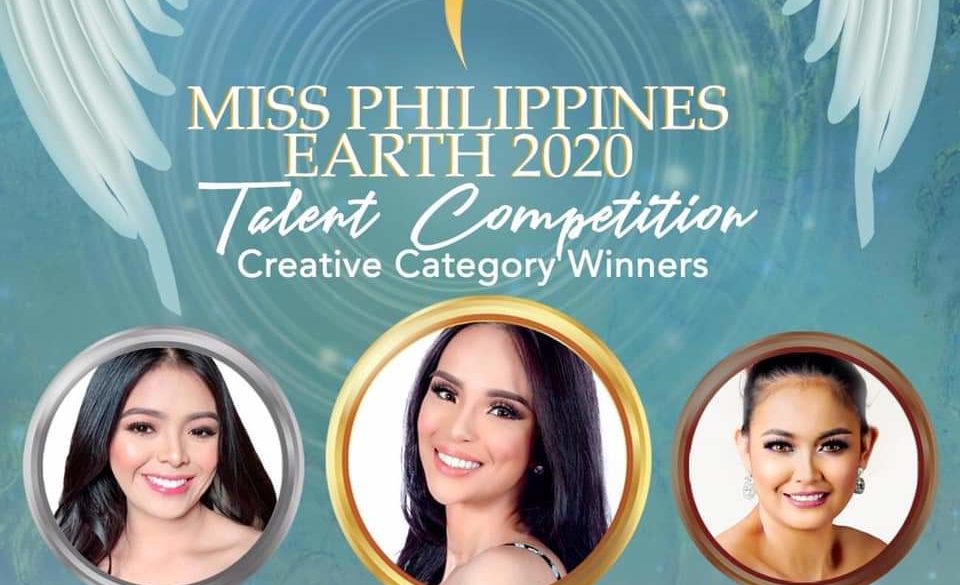 MAKATI CITY, PHILIPPINES—The 2020 Miss Philippines Earth pageant wrapped up its series of virtual talent contests with a singing competition among 12 of its 33 delegates on June 3, with pageant veteran Shane Tormes of Atimonan, Quezon, bagging the gold medal.

Daniella Fernandez of Biñan City took home the silver, while the bronze went to Angelique Cabanlong of Zamboanga City. The competition was conducted using the Zoom meeting platform where the ladies performed from their own homes. It was shown live on the pageant’s official Facebook page.

This year’s pageant, the 20th edition, has lined up a series of online contests to adapt to the restrictions on live events caused by the government-imposed quarantine to address the COVID-19 pandemic.

Even the crucial preliminary competitions will be held online.

On June 20, the ladies will be judged for their “Intelligence and Environmental Awareness.”

These competitions will be shown live on the pageant’s official Facebook page.

The coronation ceremony is scheduled on either July 1 or 2, and will still be held online, with all the delegates parading from their own hometowns via Zoom.

No telecast details have been finalized as of this writing, but pageant organizer Carousel Productions confirmed that the 2020 Miss Philippines Earth final ceremonies will have a free TV telecast.