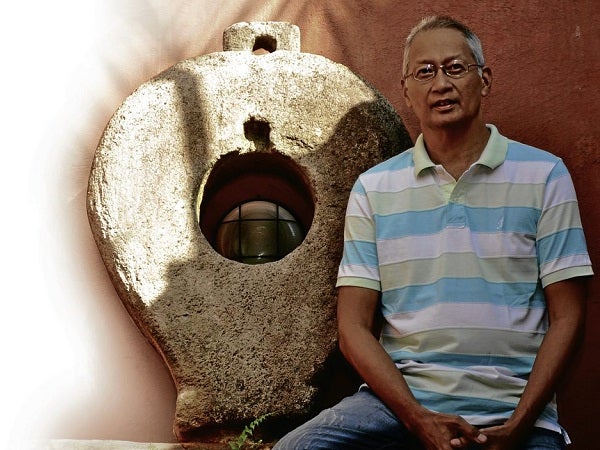 This avid ‘collectioner’ knows when to let go

Enrico Manlapaz, a collector of Orientalia, Filipiniana materials, and other art objects, recently had a close brush with the inevitable.

Turning 60 this year and born under the sign of the Water Dragon, this follower of Tibetan Buddhism assessed his collection recently and detachedly said: “When it’s time to go, let go. No use hanging on to dear life or, for that matter, material things.”

A chemical engineering graduate of the University of the Philippines (UP) Diliman, Manlapaz has always been drawn to the arts. He chose for his electives humanities subjects, particularly baroque art taught by Ofelia Gelvezon Tequi and music literature under Helen Samson. He is also an alumni of the UP Concert Chorus, where he sang as baritone.

Except for a short stint as a laboratory assistant, he never practiced his profession. He said, “I got so bored after five years of studying chemical engineering. That doesn’t mean, though, that I studied haphazardly. I graduated at the top of my class.”

He found no challenge in what he majored in, adding, “The sense of adventure is lost when you can predict things.”

The collecting bug he must have gotten from the example of his father Delfin, who gathered for his own collection unpublished zarzuela manuscripts.

In grade school, the young Manlapaz began with a coin and stamp collection. He still has them, including peace and liberty dollars whose design he marveled at for their classical beauty.

He was employed for a time at the Meralco Foundation, where he did planning workshops. Then the Cultural Center of the Philippines heard of him and asked him to go around the country to conduct similar development workshops for tripartite groups (government, private, and the religious). These groups are the ones that want to put up a cultural organization. He taught them how to draw up plans and find the budget to carry them out.

Along the way, he built up a huge library on art and took up art lessons with Elmer Borlongan, Stella Rojas, Francesca Enriquez and R.M. de Leon at the old Ayala Museum. He had his first solo show at West Gallery at age 40.

He focuses intently on whatever he’s interested in at that moment. Once he gets bored, he moves on to a new interest. A nephew described his uncle as “stricken with serial monomania.”

Still an art dealer under his company Artis Corpus Gallery and a freelance curator, he describes the collecting bug that bit him this way: “I’d research intensely, buy books on the subject, Google them. After I’ve exhausted my energies on an item, I shift.”

Of artists and so-called artists, he says: “Real artists are closest to the Universal Mind, which is the source of all ideas, brilliant or otherwise. The real ones are always connected to this Mind, from where they derive endless inspiration.”

He continues: “On the other hand, there are artists, or those who call themselves such, who seem to be detached from this Source and derive ideas from secondary sources like works of others. Who are we to complain and invoke our ‘intellectual property rights?’ Was it really ours in the first place? Let them appropriate, let them copy, let them earn from other people’s ideas. By the time they have done so, the real artists are way ahead, with newer, more brilliant works.”

He believes that it’s these real artists who “continue to shine, and leave the mediocres and amateurs behind.”

Although the blue-and-white and  red-and-white ceramics in his house are reproductions done in stencil but patterned after Yuan and Ming Dynasty pieces, he said, “They’re worth something. They remain faithful to the original. The craftsman would invent something whimsical. That is okay! In fact, that’s the spirit!

After the tour he gave of his multi-level house, this “collectioner,” another moniker given him by Leovino Garcia, former dean of the Ateneo College of Humanities, concluded: “After all is said and done, the lesson learned here is, collecting things will leave you a problem. Where should they go when it’s time to go?”

While some pieces will go to nephews and nieces who call him “Rico,” the rest is up to the Universal Mind to decide.

Manlapaz can be reached at [email protected]