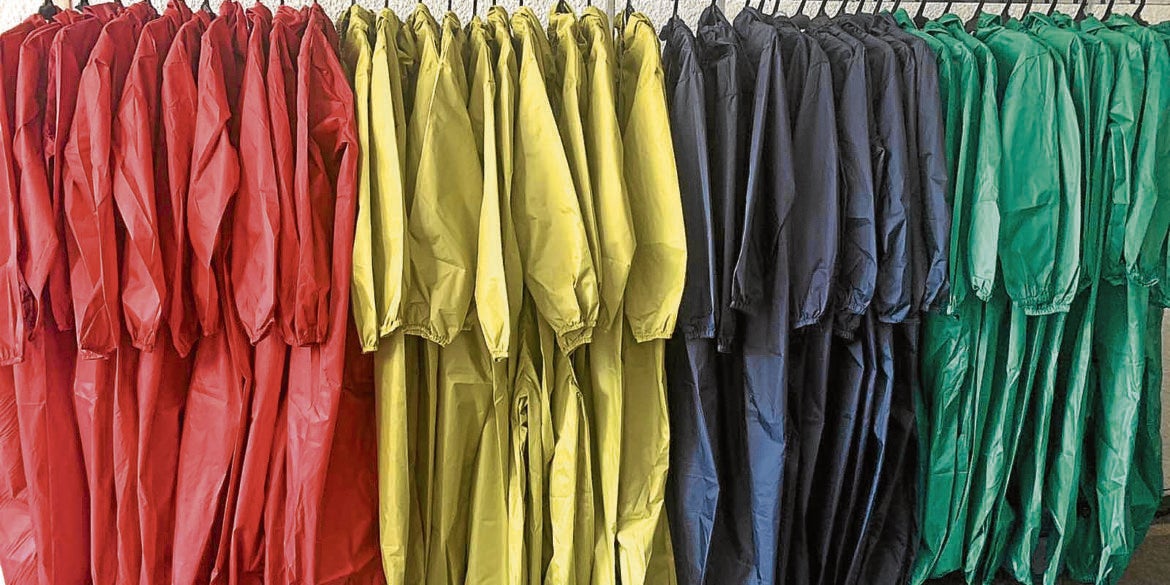 From the initial batch of 500 washable face masks sewn by two of his workers last month, Odelon Simpao is making over 5,000 protective suits consisting of isolation gowns and hazmat suits.

The young fashion designer said that he had been wanting to help out front-liners and his sewers since the lockdown in mid-March.“I started out with washable cloth face masks using fabric that I already had on hand,” Simpao told Lifestyle. “I posted them on Facebook and said I was willing to send them out for cash donations that would serve as payment to the sewers.” After his four other workers asked if there were jobs for them, he considered making protective suits.

Simpao, who studied nursing in Cagayan de Oro before relocating to Manila to try his hand in fashion, had friends who worked in hospitals in Misamis Oriental. “Although they didn’t work in the COVID-19 (new coronavirus disease) wards, they knew of others who needed them but did not have access to washable and reusable PPE (personal protective equipment).”

Since he was able to access a suit pattern similar to the one being used by a group of designers he had asked to join earlier but wasn’t able to, he decided to try it on his own.

“I wanted to focus on the closures for the suits. They had to have fewer seams to limit exposure to the virus, and they also needed to be zipped up to the neck to provide more protection to the wearer,” he said.

There are many water-repellent and washable polypropylene fabrics that can be made into PPE. Simpao uses medical-grade, taffeta silver back lining. “It’s like the fabric used for huge golf umbrellas with silver undersides, but the fabric for uniforms is much lighter.”

His first batch consisted of 50 pieces, which he posted again on his Facebook. The response was swift—people wanted to order suits they could donate to hospitals. Simpao was able to provide work for his sewers and even had to subcontract additional workers.

He said, “I have an aunt in Taytay whose workers are all in-house. I have the fabrics couriered to them with a pattern for them to follow. When the uniforms are finished, I have them picked up and disinfected before doing quality checks.”

All communications and transactions are done remotely, over the phone, and payments made via online bank transfers. When he needs more of a particular item like zippers or Velcro strips, he posts online a request for leads on suppliers.

With PPE being a requirement in hospitals worldwide, Simpao is considering going full tilt to meet the need.

Last month, he was contacted by a businessman who broached the idea to him. If plans push through, he will help protect medical front-liners while providing jobs for more workers so they can put food on their tables.