The doctor will see you (on the phone) now | Inquirer Lifestyle 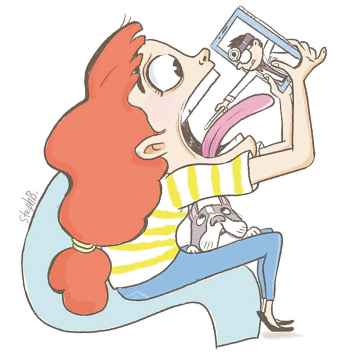 The doctor will see you (on the phone) now

“Sorry, I can’t get a clear photo,” I texted the doctor.

I had been in front of the mirror, jaws stiff from having my mouth wide open for God knows how long, trying to get a proper photo of my angry-red, swollen throat. By then, I had long given up on the spoon handle as tongue depressor—the doctor’s suggestion—and was now attempting to use just my iPhone camera’s flash—also the doctor’s suggestion—for the prized photo.

Some selfie skills wouldn’t be so bad now, I rued silently.

“Take your time,” replied the doctor, who was attentive, or as attentive as one can get on Viber. I was his first telemedicine patient, he told me.

Even senior medical specialists are learning new ways to do things in this pandemic.

The doctor, probably in his 60s, based on his Viber profile photo, is an otolaryngologist/ENT (ears, nose and throat) specialist, who was recommended by the hospital over the phone. My ENT, who was unavailable for teleconsultation, is his associate.In the clinic, we would’ve been done in five minutes. But in this pandemic, all the normal ways of doing things have been upended.

It was my third teleconsultation, and third doctor, in two weeks since the onset of sore throat symptoms, which I often get owing to allergic rhinitis. It sometimes resolves on its own without meds. Not this time.

I decided to call one of my best friends, a gastroenterologist, when the hospital said my ENT didn’t leave a number for patients.

After listening to me describe the symptoms, my friend surmised it was strep throat and wrote me a prescription, sent via Viber, for a weeklong course of antibiotics, same ones my ENT usually gives me.

On Day 6, I told her it hadn’t improved. She said to finish the meds, and wrote me a different one, good for three days. Not unusual. Her caveat was that if I still didn’t get better, I absolutely had to go see my ENT.

Neither of us said it out loud, but we both knew what the other was thinking. I tried to make light of it and assured her again I had no cough or fever.

There’s so much insecurity brought on by this invisible foe called new coronavirus disease (COVID-19), even—or especially—for someone like me, a cancer survivor, and no stranger to life-threatening illness.

By Day 10, my condition had improved only slightly. I was getting very frustrated.

Desperate to find relief, I downloaded an app that provides telemedicine service. It’s affiliated with my employer’s HMO, so I didn’t have to pay, according to the company nurse. I just needed to provide my membership number.

I filled out the medical history questionnaire on the app, with details of my health concern. Soon after, a nurse called to confirm the details. Then she asked if I was willing to consult with a general practitioner (GP), since they had no specialist. I was dismayed. The exercise was becoming a stab in the dark.

When the GP rang, I repeated what I told the nurse. GP said that he couldn’t prescribe me any more antibiotics since what I had already taken were quite strong. Instead, he said, he’d write me something for postnasal drip.

It didn’t help. My throat was still painful and swollen. 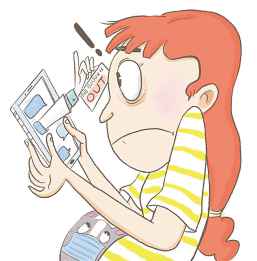 Thus, the call to the hospital. An ENT had resumed his clinic.

When I called, the ENT’s secretary advised me to text the doctor directly. A couple of hours later, the ENT replied to ask if I could go to the clinic the next day. I said I had comorbidities and that if I could help it, I didn’t want to go out.

(Funny because the last two weeks before the lockdown in March, I was still bravely going in and out of the hospital for routine checkups and monitoring tests, though always with surgical mask on. Because of pesky allergens, I was used to wearing a mask long before the pandemic made it mandatory.)

The ENT asked if I was okay to pay via GCash. I offered a bank transfer instead since I had just activated my GCash and I had to wait 24 hours for verification. He agreed, then instructed me to take a photo of my throat, and send to him via Viber.

When he saw the photos, doc asked to review the timeline: when I started to feel the symptoms, when I took the antibiotics, if I had difficulty breathing, if I had hyperacidity, etc. All negative. He told me to go take my temperature.

I suspected what he was getting at, and I assured him again that, no, I never experienced fever, nor cough and colds, and I had no fever at that moment.

“It’s interesting because your throat looks so angry,” he said. Stress and uncertainty must have really done a number on my immunity.

He advised me to stop all my meds for allergic rhinitis—

nasal costicosteroid sprays, oral antihistamines—for at least five days. Instead, he told me to take a common cold medicine, which has antihistamine, and gargle with salt water. The medicated gargles may be too harsh, he said.“Let your immune system work first,” he said. “I can check on you again in three days if you wish, or you can get in touch with your ENT.”

He also offered to call my ENT and asked if it was okay that he tells her I consulted with him. “Even when you go back to her, let me know of your condition,” he said.

A week later, I texted to tell him my throat was better. I said I’d come by to thank him in person, “when I’m brave enough to go to the hospital again.” That’s a cakewalk compared to taking selfies of your throat. INQ