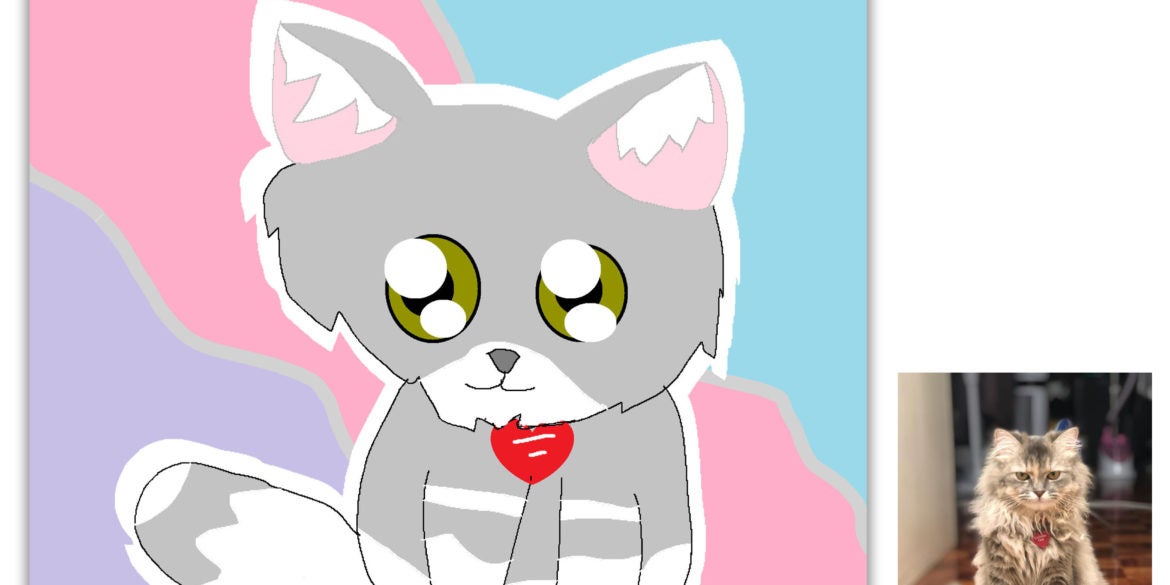 Ten-year-old artist Sofie Relator was determined to help others out during the lockdown. Already adept at using her computer to create illustrations, she was inspired by an older relative to make use of her skills.

“I got the idea to draw and raise money from my Aunt Tricia, whom I call Ate Tricia—she’s a younger cousin of my dad. She was making portraits for a cause and I thought I could also help people by doing the same,” Sofie told Lifestyle in an email interview.

“I planned to draw pictures sent me using MS Paint because I draw there better and I’m good at using it. My parents suggested that donations start at P50. I thought that I would be able to raise about P2,000 but I was surprised that I was able to raise more than P19,000. I guess it’s because people were giving more. Thanks to all of them who supported me and my cause.”

Sofie’s parents told others about their daughter’s fundraising project, starting with their relatives.

“They were the first people who requested for drawings,” said Sofie. “Then my mom started posting a few of my works on Facebook and Instagram. Her friends, some of my teachers, and more relatives asked me to draw them. This was followed later by friends of their friends.”

Sofie describes her style as fantasy-like. It usually takes her anywhere from 15 minutes to an hour to finish a portrait. When she’s having a particularly difficult time with a photo, it can take her an hour.

“When I draw, I make the hair look like it has strands by using the oil brush tool. Then I make the eyes with two white circles inside to make it cute. I think people liked that,” she said.

Since starting the project, Sofie has made 68 portraits that her Mom Tina digitally sends out to her daughter’s “patrons”—usually via Facebook, Viber or email. The money raised was divided among several groups.

“First, we donated to our village group that organizes the packing of canned goods for communities in need. We also donated to our village security guards. Then I asked my mom if we could donate to the doctors and nurses. Through Frontline Feeders PH, we were able to feed 100 personnel from National Kidney and another 100 personnel from Philippine Heart Center,” Sofie said.“I wanted to give the doctors and nurses because they are away from their families, staying in the hospital for a long time just to take care of the COVID-19 (new coronavirus disease) patients. I thought they deserved to be thanked.”

Sofie’s successful fundraising project has ended, but she’s not discounting restarting it. “I am on a break now because I have been doing it for a long time. Maybe I can do it again.”

Asked if there were requests for other types of drawings, Sofie said there were some for favored pets like dogs and cats. “I liked drawing cats better than dogs because they are easier to draw. But don’t get me wrong, I love dogs and puppies.” INQFor more images of