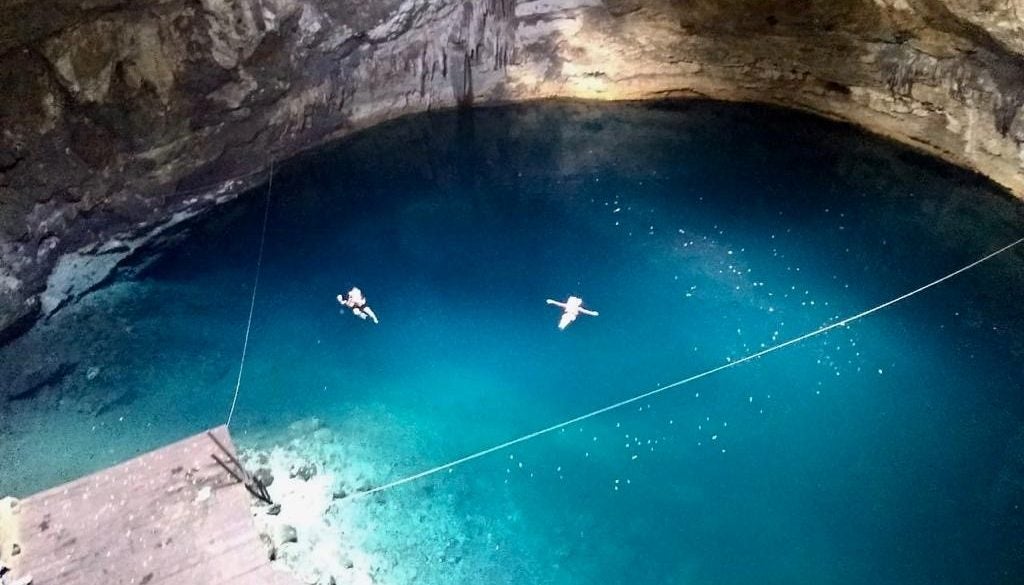 Why Mexico is in the heart of a Miss Universe

An adventure in the Yucatan Peninsula, with its mystical Mayan culture and ancient architectural wonders

Mexico holds an eternal fascination in my heart, a special place of treasured memories.

It all started in 1978 when I opened the Miss Universe contest at the Plaza del Zocalo (now Plaza de la Constitucion) in Mexico City. I introduced the country’s cultural heritage to the strains of vibrant mariachi music, and that electric moment remains one of my most memorable best.

In a recent bout of adventure, my sister Lulette, my daughter Gabbi and I decided to return to Mexico and visit the country’s Yucatan Peninsula, provenance of the mystical Mayan culture. This time we traveled to all of its three states: Yucatan, Quintana Roo and Campeche.

A 120-kilometer drive from world-renowned Cancun took us south to Quintana Roo and its town of Tulum, a less-known tourist spot nestled in the Riviera Maya.

This area of Mexico indeed is with rare distinctions, each maintained meticulously in keeping with its promise of sustainable development. The Tulum Ruins, which offer a stunning seascape of the Caribbean Sea, are within the National Park, so you get to enjoy a triple treat of the best of sea, land and ancient man-made wonders in one leisurely visit.

Tulum is the only Mayan walled city built on the coast, making it Mexico’s most important trading port. The archeological site built in the late 13th century is the third most visited attraction after Chichen Itza in Valladolid and Teotihuacan in Mexico City. All these ancient architectural wonders are Unesco World Heritage Sites.

Aside from the ruins and beaches, where restaurants cover a whole spectrum of dishes priced according to their spot’s proximity to the center of the town, Tulum further boasts cenotes—sinkholes underground within forestlands. Cenotes were considered sacred, as these were the source of water bestowed upon the Mayans as sustenance by their rain gods.

Imagine the Yucatan Peninsula has neither rivers nor lakes but is sustained by an amazing expansive network of aquifers running along its coast. Most cenotes are located within private properties, giving each visitor the privilege of a personal experience into the caverns.

The guide explained that there are two kinds of cenotes. While some other cenotes are filled with water that can be explored only by advanced certified divers, the first cenote we visited was formed by the collapse of its limestone ceiling, which created the opening of the sinkhole. The water within had varying depths, from ankle to 30 feet deep.

Entering the cavern from a small opening about the size of my body, we descended 90 steps on a wooden ladder into the cenote’s interior. Claustrophobia can easily overcome one’s sense of adventure, especially in dark, rarely visited places. Acrophobia having also afflicted me, I focused straight ahead as I advanced to the next steps by pure gut feel.

In complete darkness, we illuminated the space with our flashlights, and soon the narrow labyrinthian paths of a mysterious cavern became evident. We spent an hour inside, enthralled by the ancient stalagmites. Then we swam toward the cavern’s exit, noticing how roots of matured ficus trees from the forest above held the stalactites in a tight choke.

We explored Cenote Xocempich, our second cenote, and closer to our next destination, Valladolid. This was the second type of cenote. Instead of underground caverns, the types in this area were believed to have been formed by meteors crashing into the earth millions of years ago, forming natural pools.

To this day, cenotes are the only perennial source of potable water in much of the peninsula.

Leaving Tulum, we realized we had witnessed the lasting genius of ancient architecture and had immersed in underground sinkholes created by nature’s powerful forces where darkness engulfed us as our senses were inundated with sheer beauty.

En route to this charming colonial city of Valladolid in the Yucatan State, we visited the oldest Mayan city of Coba, known for having the largest network of stone pathways. The place was so expansive that the easiest way to reach the oldest pyramid was by way of a 2-seat taxi bicycle. The most important artifact in the archeological site is the engraved stone, the Stelae (AD600-900), which documents the ceremonial events of the Mayans.

We checked in at Coqui Coqui Meson de Malleville Residence and Spa, the four-room 16th-century home of its founder, Nicolas Malleville, situated on the plaza across the historical Franciscan Convent of San Bernandino of Siena. It is a block from the center, and while wandering through the cobble-stoned streets, I just imagined Catherine Zeta-Jones walking through the sets of the movie “Zorro.”

The shops, restaurants and small hotels in Valladolid were built over a Mayan settlement, whose buildings were dismantled, and the stones reused to build the colonial city.

The highlight of my visit here, however, was our time in the spa within the Coqui Coqui Perfumeria. I claimed much-needed rest there, immensely pampered by their services. Its perfumery followed the tradition of the Franciscan monks who produced essences from the abundance of flowers in the area to support the mission.

An hour’s drive from the center of the city is the largest and most visited pre-Hispanic city of Chichen Itza, its imposing spread on 6 square miles being the home of thousand-year-old monuments of Mayan and Toltec influence.

Within the walls of the complex, prominently stands the main pyramid, the Temple of the Yucatec maya god, Kukulkan, a 75-foot tall structure more popularly known as El Castillo.

The most precious of the wealth of Mayan culture are housed within.

El Castillo was constructed over a cenote to be aligned with the sun, thus serving as a physical calendar indicating the position of the solar system’s planets in their annual revolution around the sun, thereby predicting the seasons as well. It is also noteworthy that Aztec wisdom left us the inclusion of zero to establish the mathematical placement value system as we know it, proof of which is also found in El Castillo.

All the surrounding monuments are masterpieces of Mesoamerican architecture. The grandest of them being the Kukulkan Pyramid and with all the ancient artifacts of science and culture within it, it is now considered one of the New Seven Wonders of the World.

The Haciendas in Yucatan were agricultural organizations established in the 18th century dedicated to the planting of henequen. This plant is an agave from which henequen is extracted to produce textile and twine, which is similar in use to our abaca hemp. Henequen twine and Philippine hemp were famously used in safely and securely mooring ships, as all the world knows.

The haciendas were concentrated between the cities of Merida and Campeche. Landowners, made wealthy by agriculture, owned grand manors but lived in the city of Merida. The wealth that grew from the export of the fiber was used to build the infrastructure and public buildings of the city.

The dawn of the 21st century brought about the slow dismantling of the hacienda as an economically viable institution. Henequen was replaced by synthetic fibers. The Mexican Revolution broke in 1915 and the Great Depression of 1929 devastated the established lifestyles significantly.

Agrarian reform by President Lazaro Cardenas in 1937 brought all production of erstwhile essentials to a halt. The estates became smaller and some manors were converted into tourist destinations to help boost the drastically shaken economy.

In the next five days, we stayed at Hacienda Temozon, a Luxury Collection hotel and a member of the Marriott group. The main building was the manor, while the 25 rooms were built with high ceilings and large double doors. Other haciendas were transformed into event destinations like Hacienda San Pedro Ochil, where its cenote was transformed by James Turell into an installation.

Our last destination was Campeche, but first we took a quick tour of another important archeological site. Uxmal, a Unesco World Heritage Site, was founded about 500 AD and was the capital of the Late Classic Maya state in the Puuc region from 850 to 950. The unusual stepped pyramid, called the Pyramid of the Magician, is oval instead of the usual rectilinear design, and was built over older ones as was the practice in Mesoamerica.

San Francisco de Campeche is the capital of the Mexican federal state of Campeche on the Gulf of Mexico. It is a colonial Spanish city founded in 1540. It also is a World Heritage Site with fortified ramparts, well-preserved mansions built by wealthy Spanish families in the 18th and 19th centuries, and a walled city center with restored pastel-colored buildings.

The 16th century Immaculate Conception Cathedral is of baroque architecture and declared a cultural patrimony. Its walls were built in the 17th century to protect the city from pirate attacks. A walk along the Malecon, the strip along the gulf at sunset, is breathtaking, much like a walk along Roxas Boulevard when the skies turn into golden hues of purple and orange.

With that endearing comparison, we were ready to head home.

It is unfortunate that Mexico suffers from a safety issue brought about by high records of homicide cases, a result of drug cartels’ activities and kidnappings by criminal organizations. The United States’ state department reports that there are more Americans killed in Mexico than in any other country in the world.

However, our private car driver put our worries to rest. A former pilot, he had relocated his family from Chicago to Merida because he was absolutely sure that Yucatan and Merida are the safest states in Mexico. There is an unwritten pact that no harm will be brought upon competing drug cartel leaders and their families who live in secured enclaves in Merida.

One who plans to visit these amazing places in the Yucatan Peninsula, thus must simply have common sense in the same way one travels to anywhere in the world: Don’t do things you normally don’t do when you are home.

Not that you would feel far from home while in Mexico, with our similarities in language, cuisine, history and temperament. The Mexicans, particularly in the Yucatan, are the most charming people and each experience of acts of kindness from them changes your perception of the country.

Yes, in a new world without COVID-19, I may plan another trip to the Mexico I know. —CONTRIBUTED

The author is the chair of the Cultural Center of the Philippines, has been working on women’s and culture advocacies, and people still remember her as the 1973 Miss Universe.