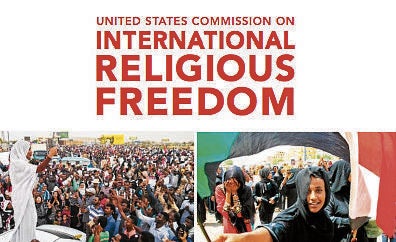 Religious freedom advocates welcomed the signing by US President Donald Trump of an executive order defining religious freedom as a “moral and national security imperative” and a “foreign policy priority” that the United States would “respect and vigorously promote.”

“Such an order has long been sorely needed,” said US-China expert Steven Mosher on LifeSite. “As someone who has worked on human rights issues for decades, I can personally attest to the fact that human rights concerns in general, and religious freedom issues in particular, are neglected in United States foreign policy. Economic, trade and security issues are put in one ‘basket,’ and are pursued with vigor and persistence. Religious freedom issues are placed in a second ‘basket,’ which is all too often given much less attention by America’s diplomats.”

The order will specifically help in fighting the Chinese Communist Party’s (CCP) persecution of Christianity and other religions.

Commissioner Johnnie Moore of the US Commission on International Religious Freedom (USCIRF) has called China “[without any] question, the world’s foremost violator of human rights and religious freedom.”

In its 2020 report last April, the bipartisan USCIRF has redesignated China as among leading Countries of Particular Concern “for engaging in or tolerating particularly severe violations of the freedom of religion.” The commission took note of China’s “systematic, ongoing and egregious religious freedom violations.”

Targets of China’s “systematic” attacks on religion are Uighur, Kazakh, Kyrgyz and other Muslims, Tibetan Buddhists and Protestants and Catholics.

The CCP, the report said, has imprisoned tens of thousands if not millions of Muslims, Buddhists and Christians, destroying mosques and churches, the report said. It has forbidden those under 18 years of age from getting religious instruction. It has even forced organ harvesting from imprisoned Falun Gong Buddhist meditation practitioners and anticorruption activists.

“[Communist] authorities across the country have removed crosses from churches… and replaced images of Jesus Christ or the Virgin Mary with pictures of President Xi Jinping,” the report said.

The 2020 USCIRF report dovetails with the latest report of the Aid for the Church in Need (ACN) about communist persecution of Christians in China.

In its report, “Persecuted and Forgotten? A Report on the Christians Oppressed for their Faith 2017-2019,” ACN cited fears that China’s new “social credit system,” which the communists said would reward good citizenship and punish the bad, could be “used to discriminate against Christians.”

“Education is used as a tool of social conditioning,” the report said. “[In] some regions pupils were reportedly required to sign a statement saying they will ‘promote atheism, and oppose belief in God.’”

The ACN report said Chinese officials in Guangzhou introduced cash rewards for those who inform on underground churches and other “unofficial” places of worship.

“In other areas problems continue. Christian clergy are still subject to arbitrary arrests and building regulations are increasingly used as a pretext for church demolitions,” the report said.

President Trump’s executive order will give more teeth to US foreign policy dealings with countries like China and India that are on the USCIRF list of religious rights violators, human rights activists said.

The 2020 report comments upon the issue of Chinese influence on religious freedom internationally. Among others, it includes examples of Chinese diplomats opposing United Nations resolutions condemning human rights violations; of China, as permanent member to the UN Security Council, blocking a UN Security Council statement supporting the International Court of Justice’s ruling on Myanmar; or using economic and diplomatic leverage to discourage other countries from criticizing China before the United Nations.

Members of the USCIRF made individual comments singling out China for its abusive conduct.

“Millions of Uighurs are kept in concentration camps and according to the latest Freedom House Report, Tibet is second only to Syria in terms of religious freedom and human rights violations,” said Commissioner Tenzin Dorjee.

“The situation in Tibet is worse than in North Korea, and no international media has access to Tibet. To enslave Uighurs and Tibetans, China uses state of the art surveillance technology to collect DNA and sociodemographic information to restrict religious freedom and human rights. Even children are not allowed to learn their native languages and religions.”

Added Dorjee, “China’s forced disappearance of the Panchen Lama Gedhun Choekyi Nyima for over 25 years and its most serious interference into the recognition of His Holiness the Dalai Lama’s next reincarnation for a political agenda deserve stern condemnation and counter measures.”

“It cannot be compared to any other country in the world not only because of its inexcusable actions, but because of the way it aids and abets similar actions by other countries all around the world,” Moore explained.

“Meanwhile, the international order, in pursuit of self-interest, continues to let China play by its own rules, and especially at the United Nations. This is absolutely inexcusable, and those nations around the world who ignore China’s malevolence may eventually find themselves subservient to it. It is past time for our world bodies, and our liberal democracies, to demand more from China.” INQ