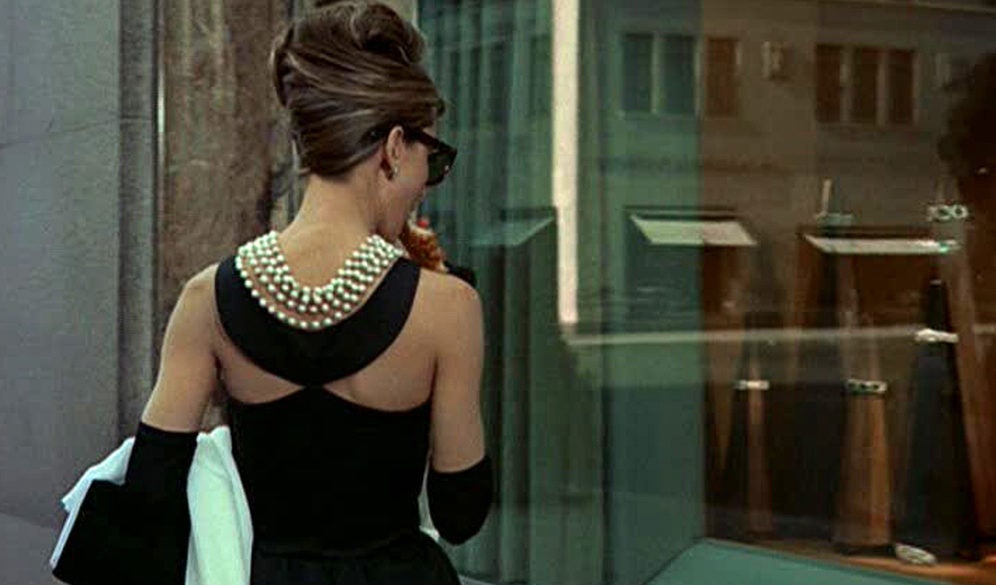 Or: Who is Matthew Williams and what can he learn from two of Givenchy’s most enduring relationships?

How will Matthew Williams do couture?

Matthew Williams’ appointment at Givenchy got lay folk scrambling to Google who Matthew Williams is and how he got there. (Briefly: Williams was a stylist/creative director for Lady Gaga and Kanye, before collabing with Virgil Abloh and Heron Preston to do Been Trill, before launching his own brand Alyx, a.k.a. 1017 Alyx 9SM.) When I heard the news, I thought it was a phenomenal idea, especially because Givenchy is one of the few big brands with couture ateliers operating under the maison.

In his conversation with Tim Blanks at BoF Voices last year, Williams said that he’s “really a product person” and that he “cares about how things are made.” Asked about how moving to Italy affects his design process, Wiliams said, “A lot of times I’ll design into the strength of the factory. So if they’re really proficient in leather, or working with some material or some technique. There’s so much craftsmanship that still exists there that can be unlocked and applied in different ways. I’m really interested in that idea of modern craft and what that means.”

Hedi Slimane doing a couture collection before leaving Saint Laurent and Demna Gvasalia exploring “couture codes” at Balenciaga have been some of the most exciting fashion moments in recent years. With Williams’ particular interest in craft and his product-oriented approach, it will definitely be interesting to see how he’ll play by the atelier’s strengths to do couture.

PS. Look 23 from Alyx Fall 2020 is giving me big Givenchy energy. Was it an Easter egg?

The Giacometti of Hubert de Givenchy

Givenchy-related story number two comes by way of an auction at Christie’s not too long ago, exactly a year before Monsieur de Givenchy’s death in March, 2018. The sale, “Les Giacometti d’Hubert de Givenchy”, featured a substantial collection of Diego Giacometti pieces, mostly bronze objets d’art personally commissioned by Givenchy. The objects range from octagonal tables and a pair of andirons, to a skeletal lantern and a horse figurine.

About the sale Givenchy said, “As life changes, I thought that having an exhibition and a sale in his honour, is an opportunity to show, not only his face but his soul. Even if my heart tightens at the idea of parting with these objects, voila, my decision has been made.”

I hope that Matthew Williams also stumbles on the Giacometti connection when he inevitably plunges into the life and archives of Givenchy. (Remember that one of the first things Raf Simons did upon his appointment at Dior is to pick apart the house’s enduring codes, as well pay a visit to Monsieur Dior’s gardens, to sublime results.) What he’ll find is impressive hardware—also a special interest of Williams, as seen in the signature press-release buckle on belts and jewelry at Alyx—and soulful relics of a friendship between two artists.

My favorite lot is this patinated bronze turtledove, commissioned in 1975.

Audrey Hepburn and the case for always only playing yourself

Givenchy story three is not about Monsieur de Givenchy himself, but his most famous muse, Audrey Hepburn. In this interview, Hepburn talks about how she “never really became an actress.” Asked when she has to change her rhythm when working with different lead actors, Hepburn said, “As I said before I never really became an actress. In the sense that when you ask me all of those questions, my only answer is I wouldn’t know. I just walked on the set knowing my lines, and took it from there.”

Hepburn also talked about how Givenchy was instrumental in some of her most iconic roles, and how costumes always “helped a great deal.” She said, “Because as I didn’t have this technique of being able to deal with the part and however way it was, it was often as enormous help to know that you look the part, then the rest isn’t so tough anymore. For instance The Nun’s Story, when you wear a habit. When you’re in that habit of a nun, it’s not that you become a saint, but you walk differently, you feel something. And it’s also true if you’ve got rustling taffeta! And also in the modern day pictures, wearing Givenchy, lovely simple clothes. I was wearing a jazzy little red coat, and whatever little hat was then the fashion, I felt super! And it gave me the feeling of whoever I was playing in Charade, or Breakfast at Tiffany’s.” In Hepburn’s mind, there was virtually no acting in that iconic post-makeover scene in My Fair Lady. “All I had to do was walk down the stairs.”

In playing a blind character in Terence Young’s psychological thriller Wait Until Dark in 1967, Audrey Hepburn expressed absolute hesitance about looking like anything other than Audrey Hepburn. She said, “The studio did want me to be blind in some way, or rather eager to have me wear dark glasses or have a scar near an eye, which worried me terribly. Because, as I say, I’m not a… I don’t like technique to show, or even to be there! I also felt that this would draw attention to the fact that I’m not blind, if you put makeup on somebody. So my hope was to do it from the inside out and to somehow convince the audience who knew that, thank God, Audrey Hepburn is not blind, but that for a fleeting moment I could create the illusion of blindness.”

It’s a fascinating interview for many reasons, but primarily because it’s basically Audrey Hepburn making a great case for always only playing yourself, vis-a-vis having to pull a Johnny Depp all the time. Indeed every Audrey Hepburn movie is precisely that, and also why they’re so great and endearingly perfectly-pitched. It may be a stretch to make a parallel between an acting career and being a creative director of a fashion brand, but I think there’s great insight here. One of the things Hedi Slimane gets slammed for upon the Celine takeover is doing the same shtick over and over. Personally I’m a fan, so I’m completely on the other side of that debate. But let’s look at how Jonathan Anderson embraced craft at Loewe, or when Karl Lagerfeld styled fingerless gloves with tweed at Chanel, or John Galliano, who is simply exploding with insane creativity at Margiela. All seem to have managed a symbiosis with their respective house’s DNA, while retaining those recognisable idiosyncratic sparks that you can’t quite pinpoint but nonetheless know are there. Arguably, what Alexander Wang failed to do at Balenciaga was do Alexander Wang.

So it’s interesting that Audrey Hepburn describes ‘60s-era Givenchy as “lovely simple clothes.” That would be a great starting point for Matthew Williams.