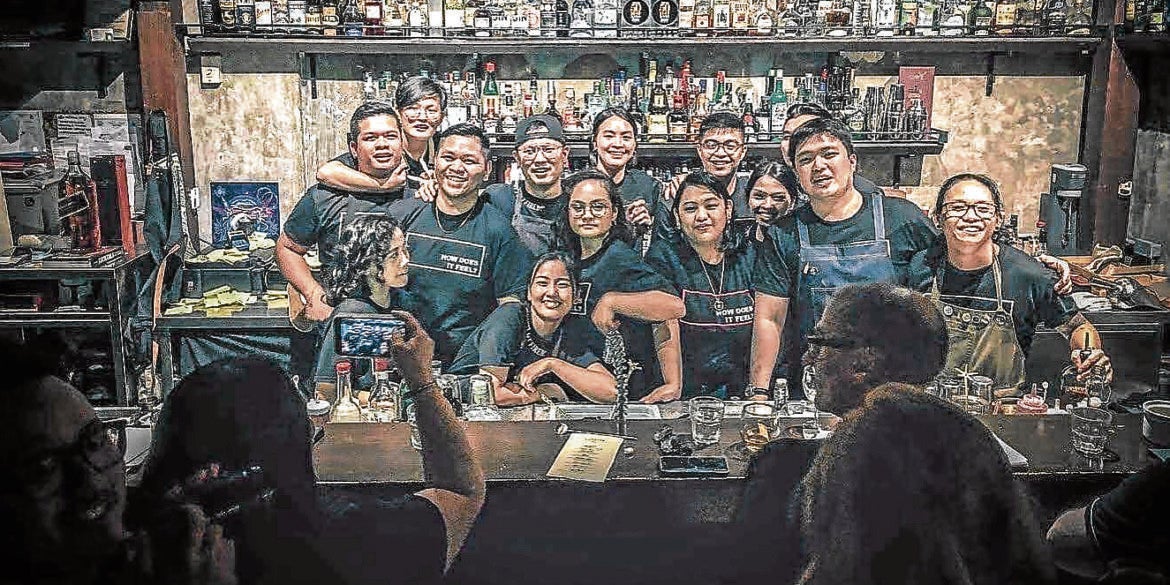 Work on your cocktails with online bartender

Last month marked The Curator’s fifth year on Asia’s 50 Best Bars. It sits at No. 42 and is named the best in the Philippines.

That’s cause for celebration, but no party is in order, given the pandemic. Instead, we commemorate its win by looking back on how far it has come—from a Makati bar with no signage to one that’s acknowledged as among the region’s top bars.

The concept for The Curator was born in May 2013 with partners David Ong, Jericson Co, Bernice Tiu and Tiffany Yu banking on collective experiences while living in Vancouver and Shanghai, where they got to work in cafés and bars and witnessed the evolution of specialty coffee and craft cocktails.

“We felt the need for it in Manila and so we went home and did it!” says Ong. “We wanted a space where we could enjoy coffee during the day and fantastic cocktails at night. If at all, our mindset changed from doing things for ourselves to trying to emulate what other cocktail capitals in Asia and in the world do. We wanted to put the Philippines on the map, which we still try to work on to this day.”

Before they opened their permanent spot in a sublet space behind a wine shop in Legazpi Village, Makati, they joined events, which made for a strategic brand introduction as well as something to create hype and anticipation for the eventual launch on Legaspi Street on Dec. 5, 2013.

Opening proved to be a challenge as they didn’t have a blueprint to take inspiration from. “Unlike other industries, nobody really came before us, and so we had to figure things out on our own, which we continue to do to this day,” says Ong.

Not long after, people lined up at The Curator as early as 7 a.m. for a double shot of espresso or a cup of latte to go. Others stayed as late as 2 a.m. for a mai tai, Grambol and Left Coast 2.0.

Over the years, The Curator has held cocktail classes, sent its baristas to world competitions, has been featured in publications, served food, raised funds for charity, enlarged its space, collaborated with legendary bartenders, gone abroad to do guest shifts. And it landed in Asia’s 50 Best Bars.

“We’re extremely grateful that our peers still deem us worthy to be among the best. We are always motivated to improve every time we make it to the list,” says Ong. “Apart from putting the Philippines on the map, our goal has always been to make our pie bigger! The industry has been kind to us in that people view us as ‘professionals’ that could help set up bar programs.”

The pandemic has made them busier than ever, even if they have remained closed for dine-in.

They have YouTube videos called “Best Serve” that share their recipes for classic cocktails, as well as Facebook Live sessions called “The Curator and Friends” that gather industry friends from around the world to talk about various topics.

“More than anything, we aim to always take it a step further by engaging not only with the industry, but with a wider audience as well—friends, regulars, sporadic patrons, first-timers,” says Ong.

The Curator accepts bespoke cocktail orders, which lets guests work on their drinks with a bartender by going face-to-face on different platforms, like Viber or Zoom. They have also collaborated with brands like Diageo Philippines, Beam Suntory and Moët Hennessy to come up with a line of P99 cocktails.

To be even more accessible, it has an online store where patrons can order a range of beverages, from bottled cold-drip coffee, paired with a classic brownie, as well as horchata, lemonade fizz and original drinks. —CONTRIBUTED