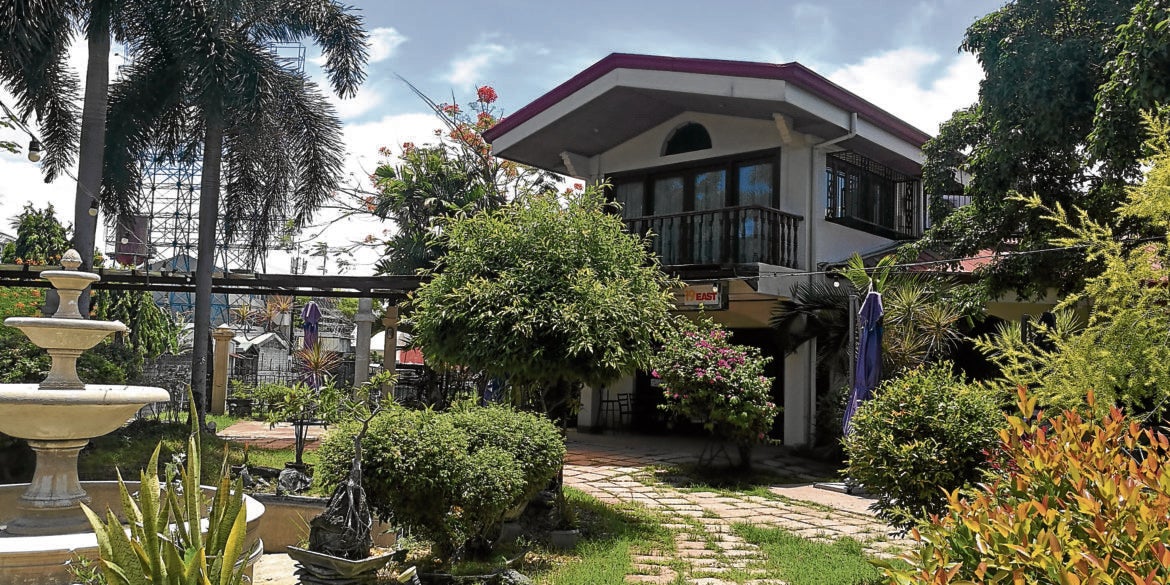 19 East will also have a special gig July 18

This was a rare sight, my first time to see 19 East at daytime. The top live music club in Sucat, Parañaque, has been closed since March 16, during the quarantine.

It used to be open daily from 7 p.m. to 2 a.m., at times stretching till dawn when owner-musician Wowee Posadas would join friends for post-gig drinks and banter.

I was there on a hot late morning in June to pick up some food as treat for my son, who graduated from grade school. In previous commencement exercises, we celebrated by eating out.

When 19 East announced on its Facebook page June 8 that it had reopened for food takeout, I browsed through the menu for my favorites. The most striking thing was— “very marked-down prices and in bigger portions.”I picked the crispy pata, now for only P450 good for three, and the barbecue, a steal at P230 for six sticks. I got two crispy pata and 24 sticks of barbecue.

I asked permission to hang around a few more minutes to walk around the garden and take in the view. The “music hall,” or the club itself looks like a vacation house from outside.

Posadas is fortunate to own such a spacious property. In a previous conversation, he said he has no intention of closing 19 East, and he’s just waiting for the easing of quarantine restrictions.

My son was waiting for the meal. My wife actually cooked lots of food because my in-laws were coming over. But my wife and son looked forward to the crispy pata and barbecue since they had not eaten out for three months.

The barbecue was wiped out in just a few minutes, except for the six sticks I set aside and one pata for later drinks with my father-in-law.

As it turned out, the barbecue was quite different from the ones 19 East served before the pandemic. This one was all meat and skewered closely with more chunky pieces and no burnt parts. It was tender and tasty.

To me, good crispy pata is tested best when served cold. This one retained the deep-fried pork goodness of the skin and the meat. I liked chomping on the cartilage. Taken with brandy, crispy pata is comfort food that added life to the occasion.

I’m thinking of ordering chicharong bulaklak and grilled pusit next week to go with some beer or scotch at home.

As I wrote this, Posadas sent a message that 19 East will open July 18 for a special show featuring Pido, Paolo Santos, Thor and Gail Blanco, “to check if people are willing to go out now.”