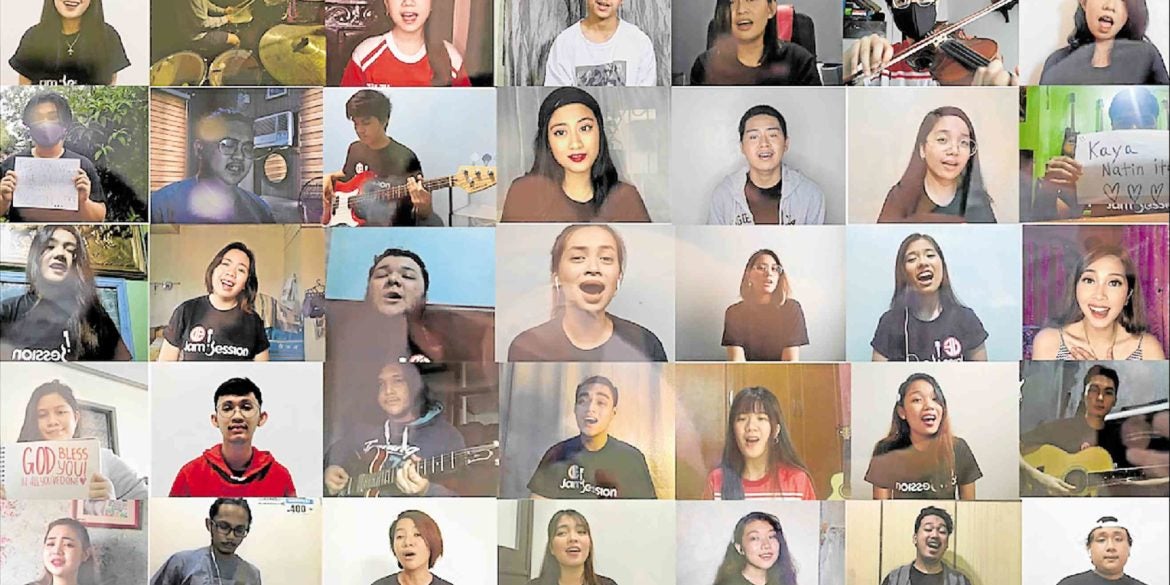 UE Jam Sessions (UEJS), a music organization of the University of the East (UE), released a tribute music video dedicated to the country’s medical practitioners and front-liners risking their lives in the pandemic.

Featuring 34 singers and musicians from UEJS Manila and UE Caloocan, the collaborative effort was recorded and filmed in the homes of the performers.

Despite limited resources and massive challenges the students faced in the recording process, they were able to improvise and produce a studio-quality recording of the uplifting pop-rock anthem that shows the sacrifices of front-liners. It’s their contribution to honor the hard work that medical, security and essential front-liners had to endure.

“As we move forward, we put our hopes in one another,” 12 Stone Records CEO Tommy Tanchanco says. “Reshaping our lives in this quarantine won’t be easy for all of us, but still, let us not forget the people who risk their own lives and go beyond their call of duty.”

Its accompanying music video, edited by Cher Manulit, interspersed individual recordings from the participating student musicians with inspiring clips showcasing the acts of kindness and compassion of front-liners, particularly those in the medical field.

“Lalaban Tayo (A Special Tribute To Frontliners)” is released via 12 Stone Records.