Bound for Netflix, comic book ‘TRESE’ gets a US publisher | Inquirer Lifestyle 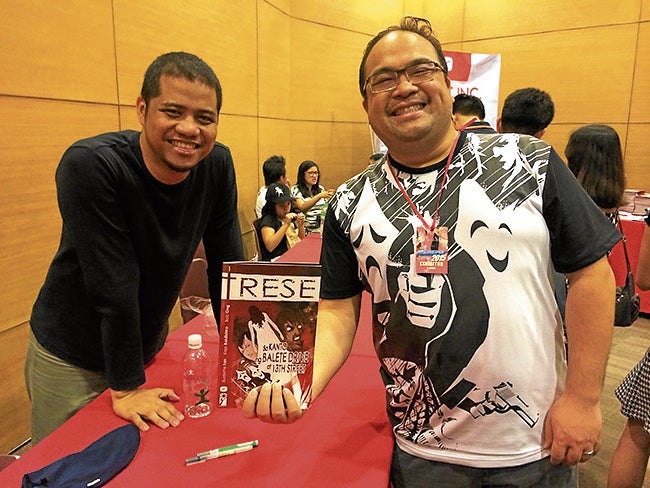 Bound for Netflix, comic book ‘TRESE’ gets a US publisher

When Ferdinand-Benedict “Budjette” Tan was graduating from the Ateneo in 1994, his college yearbook write-up ended with: “Remember me with these two words: comic. book.”

When he was a child, Tan escaped into the pages of American comics, dreaming of those panels and the creative action within. More than that, he dreamed of making his own. But back in the 1990s, such dreams didn’t often come true when big comic book companies ruled the roost.

“I just remember I was hanging out with someone who read my write up and said, ‘Really? You’re getting into comic books when you graduate,’” Tan told Super. “He was a fellow geek and he knew, back then, that getting into Marvel or DC was the impossible task.

That’s because “TRESE,” the comic book he created with Jonathan “Kajo” Baldisimo now has an American publisher. “We’ve been keeping this a secret for over a year, I think. We’ve just been waiting for the right time to announce it,” an elated Tan, who now works for LEGO in Billund, Denmark, said ” And since it’s already being solicited in Previews, then we needed to start talking about it.” 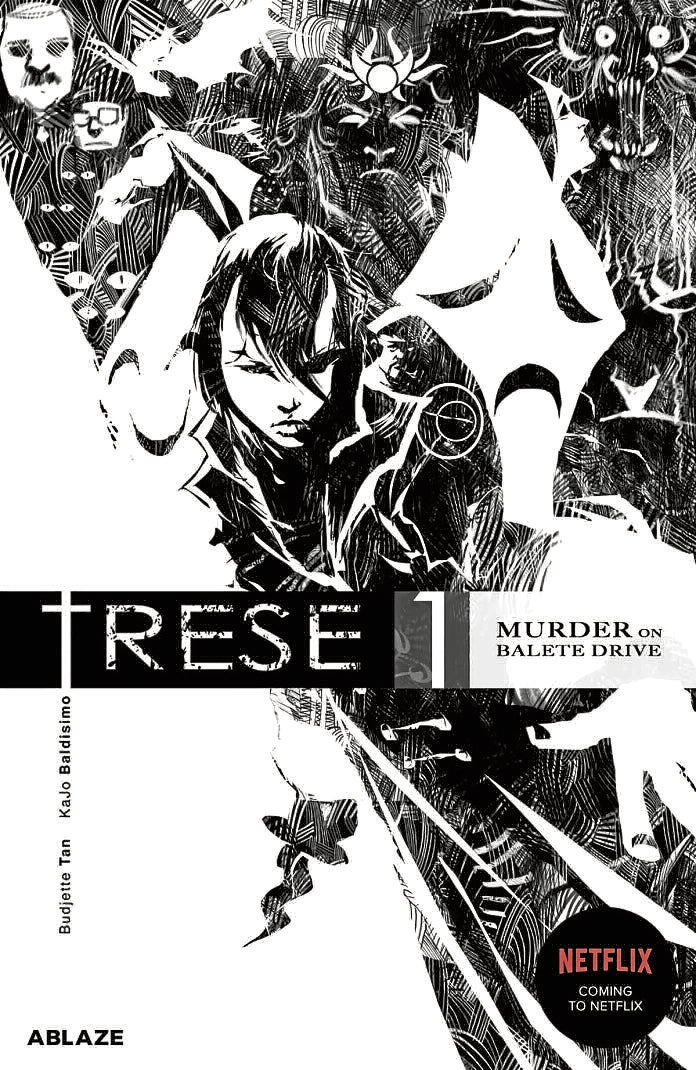 ABLAZE Publishing, a company set up by Rich Young (who has worked with Dynamite and Dark Horse) will be publishing the series in September beginning with the original volume: “TRESE Vol. 1: Murder on Balete Drive.” ABLAZE promises the next volumes in the future.

“ABLAZE is publishing Book 1 and it will bigger, your typical American TPB size,” Tan explained. “Our publisher asked us to bump up the page count, so me and Kajo are adding more pages in each story. As you can see in the preview pages, Kajo has redrawn Book 1 with our new art style. So yeah, this will have all new artwork.” The series will also be loaded with additional content such as sketches and insight into the “TRESE” world.

“We’ve also added the Lolo Trese Journal Pages, which came out in (the omnibus) ‘Book of Murders,’ so after each case, there’s an explanation of about the monsters and creatures—to help this new audience become familiar with our myth and folklore,” he said.

You can find “TRESE Vol 1: Murder on Balete Drive” (136 pages, $16.99, black-and-white trade paperback) solicited in the July 2020 Diamond Previews catalog for books and items set to ship in September. You can also get it in digital form from Comixology.

Filipinos have long been a powerful source of talent for the American comic book industry—penciller Leinil Francis Yu just finished his run on one of the most iconic titles in all of comicdom, Marvel Comics’ “X-Men”—and there have been original graphic novels on North American comic book shelves such as the late great Gerry Alanguilan’s “Elmer” (Slave Labor Graphics) and Paolo Chikiamco and C.R. Chua’s “A Sparrow’s Roar (BOOM!). What “TRESE’s” breakthrough is the first continuously published series of original content by Filipino creators available in the almost mythical comic book market of the United States and Canada.

The famously inspired product of a 20-day dare, “TRESE” was unlike anything that came before it. Unfolding in Baldisimo’s moody black-and-white panels, the first issue, photocopied and released under the Alamat imprint, had a story arc called “Murder on Balete Drive.” It begins with a police detective named Capt. Guerrero finding a white lady—yes, the ghost known to haunt Balete Drive—dead at the said area. When faced with such bizarre cases, Guerrero knows what to do. He calls Alexandra Trese, ostensibly the proprietor of a bar called the Diabolical and is a paranormal investigator from a family with a long history with the supernatural—she is always accompanied by her pistol-wielding, mask-wearing bodyguards the Kambal, Crispin and Basilio, Trese aids the police when it comes to supernatural happenings.

Mixing a police procedural with urban fantasy, “TRESE” also sleekly mixed Filipino mythology and folklore with a modern noirish setting. The cult following became a commercial success when “TRESE” was picked up by publisher Visprint, Inc., which collected the individual issues in paperback. After the first collection, “TRESE Book 1: Murder on Balete,” Tan and Baldisimo had released more or less a new volume every year. “TRESE” had since moved on from its original monster-of-the-issue format to a saga, featuring more allies and enemies and revealing more about Trese’s family history. Along the way, “TRESE” has been released in hardcover omnibus form, colored Filipino individual issues and spinoff anthology, while also spawning its own merchandise. It won several awards including the National Book Award. It seemed like nothing could stop “TRESE.” The last TRESE” volume was “TRESE Book 6: High Tide at Midnight,” which Visprint released in 2014. It would take five years before the next volume “TRESE 7: Shadow Witness” was released in 2019, and despite the pandemic, work is ongoing for an eigth volume in 2020.

They haven’t been idle. In order to fulfill a lifelong wish to introduce “TRESE” to a worldwide audience, Tan and Baldisimo decided to do “TRESE Comics #1: Global Edition,” which would be an all-English, mostly redrawn version of the first issue that would be distributed to foreign readers. To accomplish this, Tan and Baldisimo went the crowd-funding route with Indiegogo—Sandman creator Neil Gaiman tweeted his support by boosting the project’s link. The project more than doubled its crowd-funding goal with over 200 backers.

Baldisimo recently broke out in his own way by providing a special variant cover for BOOM! Studios’ “Buffy The Vampire Slayer: Every Generation” # 1 with the first Filipino slayer, Matay, dressed in native garb and brandishing a bolo. Matay appears in the issue in an aswang-haunted, twist-heavy story called “The Hilot of 1910” by Morgan Beem and Laura Garcia, whose parents are from Mexico and the Philippines.

How do you top that? Streaming giant Netflix announced that “TRESE” would become one of the company’s Original Animé series, with Jay Oliva as executive producer. Oliva had previously been the storyboard artist on “Wonder Woman” and “Deadpool”; he directed the animated film “Justice League: Dark.” Tan noted that Oliva had recently attended an animé panel in the US, where he said: ‘I wanted to push the horror, supernatural side so I’m going full on dark. It’s based on mythology stories from Manila. ‘TRESE’ is still in production and is very close and dear to me.’ We hope to give more updates soon.” It was after the Netflix announcement that ABLAZE came calling, a boon after the rejections and the naysayers.

When “TRESE” arrives on your screen and on North American comic book store shelves, Tan will have known his dream has come true: “Well, it took us awhile to do the impossible.”