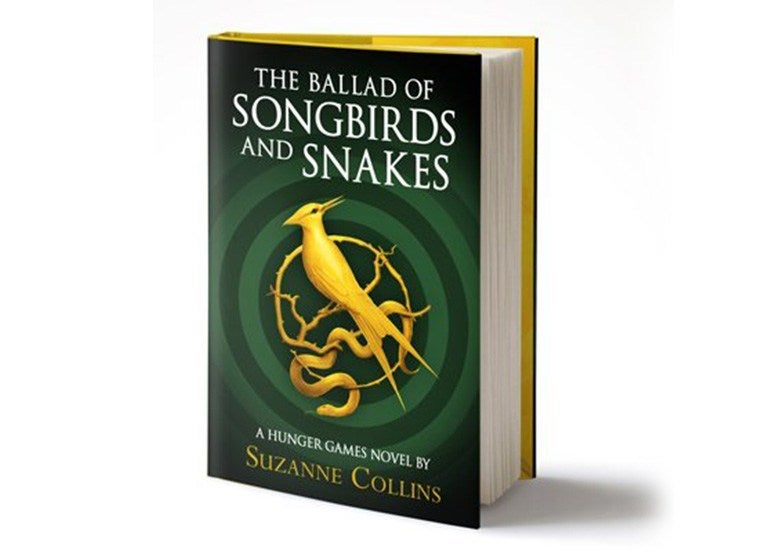 Set 64 years before the events of the original trilogy, the well-written ‘The Ballad of Songbirds and Snakes’ counterintuitively has the series’ antagonist as its focus but falls into the pitfalls typical of franchise prequels

Big books can be a terrific and terrible trap. The biggest question after a world-changing, franchise-starting, career-defining best-selling novel would be: What to write next? For writers who wish to continue the story they’ve started, penning a sequel would be the most logical conclusion, usually as part of a mythical trilogy. But a choice that has been growing in popularity has been to write a prequel, a book that comes out after the first one but, narratively, happens before the first book.

This is what Suzanne Collins has set out to do with “The Ballad of Songbirds and Snakes: A Hunger Games Novel” (Scholastic, New York, 2020, 519 pages), the fourth book in the “Hunger Games” series. The first “Hunger Games” novel first came out in 2008 and 12 years, 65 million copies of books sold, four movies which grossed over $2 billion and one Jennifer Lawrence career ascension later, Collins has decided to go to the beginning of the whole thing.

However, Collins doesn’t go all the way back. Instead, “Ballad” starts 64 years before the events of the trilogy and, crucially, right after the failed rebellion hard won by the Capitol over the 12 other districts of Panem.

Coriolanus Snow—whom readers encountered in the trilogy as Capitol’s president and the main antagonist—here is still a student in the Capitol’s Academy. (He is played by Donald Sutherland in the four movies.) In this book, he is still young, seemingly sensitive and struggling to keep up appearances of wealth even though his family is now poor after the death of his parents. Instead, he is working to become one of the 10th Hunger Games’ mentors, handling one of the tributes and, in this case, he draws enigmatic Lucy Gray Baird of District 12 (yes that is that same district as Katniss Everdeen). This is a mentor-tribute relationship that will change Snow, and by extension the course of Panem history.

The dark, gritty “Ballad” is a packed book at over 500 pages, with dense, detailed prose. It includes a pretty exhaustive Snow family situationer, the entirety of the 10th Hunger Games, the changes made to it and why, as well as an aftermath that can safely described as “influential” to the trilogy.

There are two things that are really going for “Ballad.” The first is, and has always been, Collins’ writing. Her prose was one of the truly transcendental elements that made “The Hunger Games” trilogy the true champions of the 2000s young adult boom. Her precise, well-placed paragraphs are as practical as ever. Her poetic and symbolic usage of the titular “songbirds” and “snakes” goes a long way.

The other thing is the world-building. Panem is an amazing setting, a postapocalyptic America of inequity that is both advanced and impoverished. With “Ballad,” Collins gets to build the world a little bit more and there is so many plot points, big and small, that would eventually come to play in the trilogy. It’s fascinating.

But there are three things that hold “Ballad” back from being a breakthrough.

First, it commits the cardinal sin that haunts prequels. “Ballad” simply cannot stand on its own without the “Hunger Games” trilogy. It still reads well, but loses an inordinate amount of its power. The idea of a series of books in any order is that you can pick one up and go from there. That is not the case with this book. The trilogy is required reading for you to appreciate “Ballad.”

The second problem is counterintuitive. Instead of going with someone readers can easily root for, Collins did something truly audacious: She wrote the book about the villain. The problem is that, despite all the back story, Snow is still not a compelling character. The book reveals events that led to things noticeable in the books (why he hates Mockingjays, why he banned the hanging tree song) but for all the bad things that happened to him, he is still Snow. The ending is also a little strange.

The final problem with “Ballad” as a prequel is that it does not go back far enough. What readers want to see is Panem before the rebellion and how the rebellion happened—and certainly how the first Hunger Games came to be. Instead readers land in media res during the preparation of the 10th Hunger Games. Or the other alternative would have been to locate “Ballads” right before the events of the first “Hunger Games” books, so one book directly leads to the start of the other. Instead “Ballad” happens a full half century before Katniss Everdeen is born and you have to be pretty obsessive to find all the little references.

But the theme that made the “Hunger Games” trilogy resonant is present here, especially when the Hunger Games are still evolving in their grotesquerie: The idea of a powerful Capitol endlessly punishing its enemies by peddling fear of chaos in a dystopia through control of information, devious distraction and actual executions.

All this results in a book that is great supplemental reading to the original trilogy but is ultimately unsatisfying on its own. Perhaps not surprising, “Ballad” is already set to be adapted into a motion picture, most likely by the director of the four movies, Gary Ross.

Now that Suzanne Collins has done one prequel revisiting “The Hunger Games,” will we get another prequel that will give readers what they want? May the odds ever be in our favor. INQ

Available in hardcover from National Bookstore and on nationalbookstore.com.