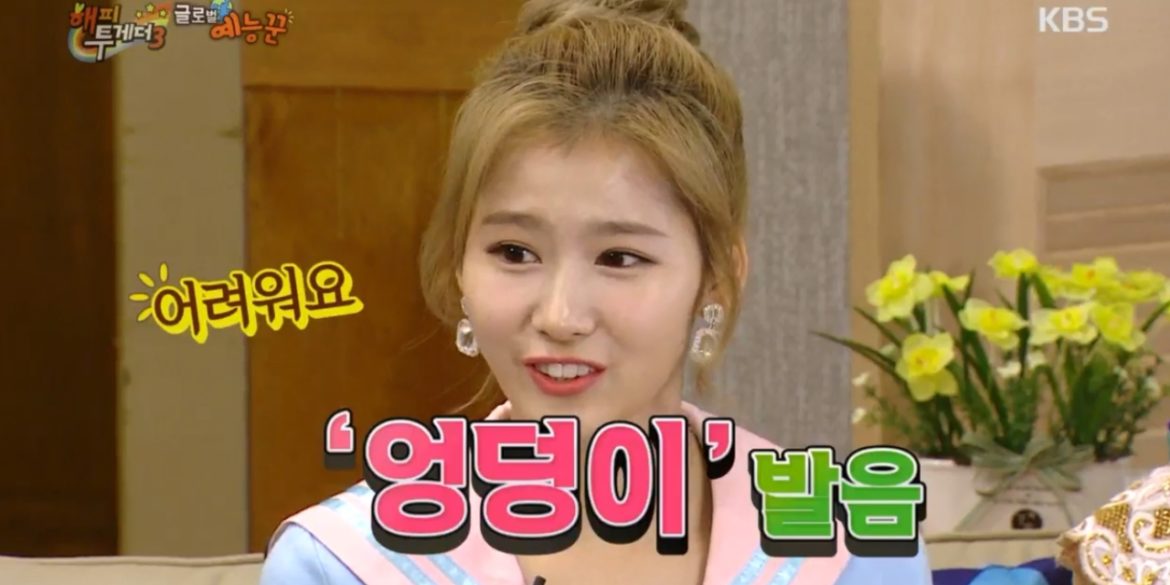 A step toward globalization: Accepting Korean spoken with a foreign accent

However, hosts Shindong and Jang Sung-kyu teasingly suggested that her Korean wasn’t good enough. After the show, many viewers said the comments were inappropriate and made them feel uncomfortable, leading Shuwha to defend the show’s hosts in an Instagram post.

As more nonnative Korean speakers appear on TV, criticism and mockery of nonstandard pronunciation of Korean are facing pushback.

“To imitate and laugh at a person’s pronunciation is at the very least mocking or laughing at the expense of people who cannot pronounce properly. All we have to do is put ourselves in the same shoes. How would you feel if someone imitated how you spoke English or any other language of the respective country?” said Peter Bae, a Korean American from Chicago who has lived in Korea since 2002. “This society is learning to live more and more with foreigners and unfortunately, it will take time to fully adjust.”

The number of foreign nationals in Korea, 2.18 million as of April according to the Korea Immigration Service, has increased steadily for the past decade. Also, the percentage of students from multicultural families has risen in recent years, from 0.7 percent in 2012 to 2.49 percent in 2019 according to the Ministry of Gender Equality and Family. As the Korean population becomes more and more multicultural, some expats hope Korean TV programs will stop drawing attention to mispronunciations and foreign accents.

“My guess is that Koreans aren’t as used to hearing foreign accents as other countries’ people are. I’m from New York and have heard hundreds of different accents, so it’s a normal experience for me to hear a nonnative English speaker speaking English. I think this is a relatively new experience for many Koreans, especially older Koreans or for those who live far outside of Seoul and Busan,” said Daniel Cashmar, who has been living in Korea for six years.

“With older generations in the West, it was normal and funny to mock foreigners’ accents. But by and large, millennials and zoomers (collectively, those born after 1980) reject this and find it offensive. So to see it in such prominent display in Korea is disheartening. It doesn’t ruin my day or anything. I think it will change over time as Korea becomes more multicultural, but it will be annoying until we get to that point.”

When US website TMZ posted a video making fun of EXID member Jeonghwa’s accent when she spoke with reporters upon her arrival in Los Angeles in 2015, many Korean celebrities criticized the media for its ignorance and disrespect.

“When they make fun of a person’s accent do they not realize that the said person is able to fluently speak another language?” tweeted 2PM member Ok Taec-yeon at the time.

That message doesn’t seem to have gotten through to Korean shows yet. While Korean programs don’t always highlight foreign accents mockingly — sometimes they emphasize it because the context of the mispronunciation is funny or cute — the speaker and viewers can feel uncomfortable all the same.

For example, when Sana, a member of K-pop group Twice, appeared on multiple entertainment shows in 2017, she spoke Korean with a Japanese accent. Clips of her pronouncing Korean words, such as “cheese gimbap” and the Korean word for butt (“eongdeongi”), went viral, with many people saying her accent was adorable as the program hosts asked her to repeat the words multiple times.

Although there was no malice involved, highlighting someone’s mispronunciation is impolite.

“I think celebrities that mock foreign accents do so because their comedy isn’t good enough to make people laugh without it. It says a lot about them as an entertainer,” said Cashmar.

Many K-pop idols who are not Korean have confessed that they’ve spent untold hours trying to improve their Korean, even speaking it while biting on a pen for practice. Many feel that highlighting their accents and labeling them as funny or cute undermines their efforts.

Meanwhile, some foreign celebrities, like Sayuri from Japan, face allegations of exaggerating their own accents on purpose to be more entertaining.

People with accents typically associated with China or Southeast Asia are often looked down upon. According to a survey of 300 immigrants that the rights body carried out last year, 56.6 percent of respondents said they faced discrimination because of their accents.

Yet some expats believe people who are uncomfortable are being overly sensitive.

“Sometimes, the mispronunciation is funny. You aren’t laughing at the person but at the context of the mistake,” said one expat from the US. “Every culture laughs at children when they do the same thing. Is it being ageist if I laugh at a toddler when they make a hilarious mistake?”