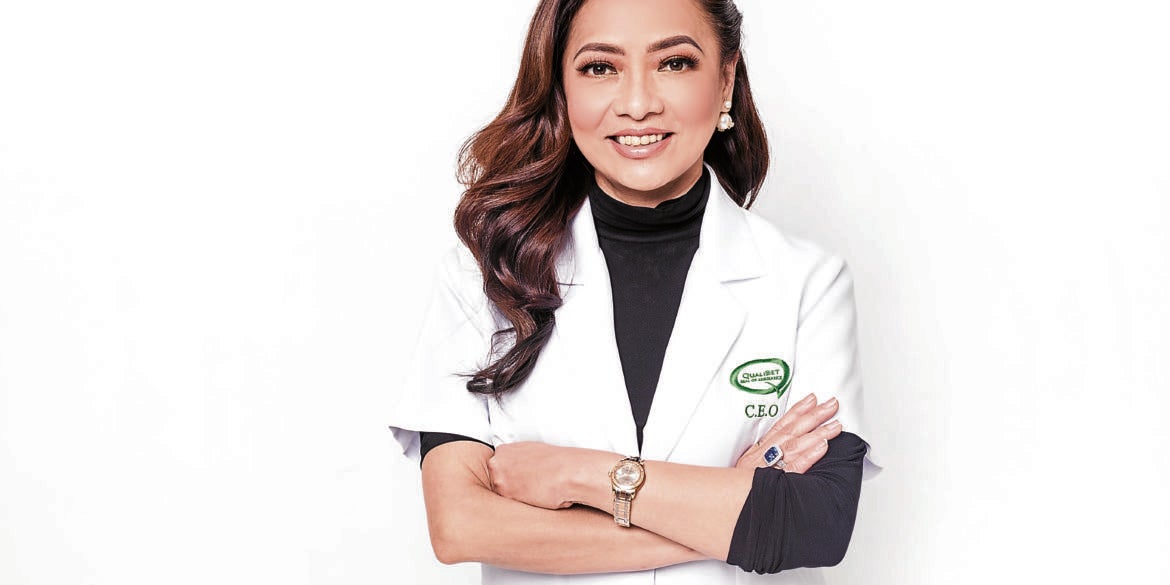 Pinky Tobiano, chemist-entrepreneur: “Safety is nonnegotiable for my family.”

As a cancer survivor who’s also afflicted with an autoimmune disease, health safety is paramount for Pinky Tobiano.

“Safety is nonnegotiable for me and my family,” said the chemist and chief executive of Qualibet Testing Services Corp. “At this very critical time, our main goal is to survive COVID-19 (new coronavirus disease).”

Tobiano, through her other company KPP Powers Commodities Inc., brought in a smoke disinfectant from Europe that claims to reduce the risk of SARS-CoV-2, the virus that causes COVID-19, by up to 85 percent, and which will be available at Rustan’s beginning this week.

Sanivir, made by the Spanish disinfection company Bioplagen, comes in a small can that one leaves in a room for six to eight hours. The claim is that it disinfects the air, exposed surfaces as well as hard-to-reach cracks and crevices, including air-con vents.

This so crucial when there’s mounting evidence that SARS-CoV-2 could be airborne, Tobiano said.

Sanivir, widely used in the European Union and Central America, is a broad spectrum disinfectant that contains two active ingredients, glutaraldehyde and orthophenylphenol, said to have been tested to kill bacteria, molds and viruses, including coronavirus, by laboratories in the EU.

Tobiano said Sanivir is recommended by the World Health Organization and is regulated by the Philippine Food and Drug Administration.

She said they performed rapid swab testing before and after air disinfection with Sanivir, and said they found bacterial load was reduced by up to 99.9 percent.

“The good thing about this is that you can do it yourself. It’s very easy to use,” said Tobiano. The smoke leaves no residue or marks.

One simply needs to shake the can sideways, expose the can’s wick, light the wick and leave it in the room for six to eight hours. Just like when one bug bombs a room, air the area before entering, she said.

Sanivir, said Tobiano, is nontoxic and safe even for infants and pets. Just make them vacate the area that’s being smoked and air the room before entering.

“You don’t have to leave your house. If you live in a two-room home, just transfer to the other room for the time being,” she said. She also advises deactivating the home’s smoke alarm while using the product.

“You can also use Sanivir in your car, and in the rooms of your driver and household staff, those who are often exposed to crowds.”

At P1,750 per 25-g can (good for a 30-50 sq m area), it’s a small investment for your family’s health, as the area remains virus-free for seven to 14 days, she said. A bigger can, at 1 kg, is good for spaces of up to 800 sq m.Aside from Rustan’s Makati, where Tobiano opened a Sanivir store this week, some companies have already used Sanivir in their premises, like Manila House, The Farm at San Benito, GAOC Dental and Samsung.