Sharon Cuneta is feeling the pangs of Lupe as she laments ABS-CBN shutdown, other unfortunate events | Lifestyle.INQ ❮ ❯ 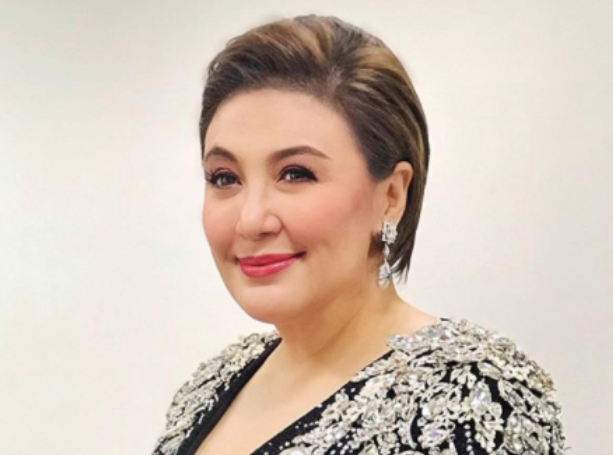 Sharon Cuneta is feeling the pangs of Lupe as she laments ABS-CBN shutdown, other unfortunate events

Sharon Cuneta recalled the past few weeks that seem to have taken a great toll on her as an actress and as a person, for these days are anything but rosy for her. Actually, she has a lot to be sad about, much like her character Lupe in her 1987 hit movie “Pasan Ko Ang Daigdig”, which she referred to at some point.

On her two-part Instagram post on July 14, the megastar recalled the various events which she painfully experienced.

(Defended my child, was attacked with made up stories, was reversed, non-stop bashing.)

She recalled not being able to grieve with her dead aunt’s family.

(Grieving over a favorite aunt’s death whom I can’t see because she is in the United States. Was not able to grieve with my cousins whom I treat as siblings when it comes to love and sympathy.)

She also recalled having fought a former friend and forgiving him.

(Fought against a friend but also forgave him because I believe everyone can change as long as one is true to one’s heart. It’s OK for us not to agree on everything, but it’s not natural for a person to disagree with rudeness and hurtful words, when one is not forced to agree; there should be respect, like before.)

For Sharon, it was most painful seeing her bosses at ABS-CBN going through the rigorous investigation during the congressional hearings on the ABS-CBN franchise which lasted for days.

(My bosses went through 13 hearings, and there are those in congress who shouted at them. They were treated as if they were criminals. The questions were all the same but they answered with humility and decency, admitted to what was wrong and made a promise in front of millions of Filipinos that they’re going to make right the wrongs. No company or person is perfect. And then, just like that, they quickly denied ABS-CBN a franchise.)

(There’s even one senator who said that the 11,000 affected should just find new jobs; this while there are probably 16 million Filipinos who lost jobs, and many businesses were forced to close because of COVID-19. Where and how can one look for a job?)

Disclosing that she was without a show for years, this has not been a problem to her as she understands the situation.

“Ako po ilang taon nang walang show sa ABS-CBN, nagkatampuhan din kami noon,” she related. (I was without a show for years with ABS-CBN, we have had misunderstandings.)

She related that if it weren’t for COVID-19, she and her teammates would have already started the new season of “Your Face Sounds Familiar Kids”. But the megastar noted that it is indeed like that, there is a spacing of shows.

(We’re like that – we all have our own shows in different periods because there are only a few days in a year and a few hours in a day.)

She then praised Carlo Katigbak, chairman of ABS-CBN, for being kind to them and humble, while also being a good leader.

“He ran a very tight ship while he ran our station. And I am so proud to have been able to serve under him,” she said. “Respeto lang ang ipinakita niya sa akin. Sana nagkaroon pa siya ng maraming taon na pagandahin pa ang pagpapatakbo ng ABS-CBN (He only showed me respect. I hope he had more years to lead.). I told him in the beginning of the hearings that I WAS NOT GOING TO LEAVE MY CAPTAIN DURING THESE MOST TROUBLED TIMES. And I stayed loyal ‘til the end.”

Cuneta then explained why she had these outpourings. She said that due to the string of events, made worse by their network’s failed bid at a franchise renewal, it feels like her house has been burned down and their family members killed, especially in the case of the rest of the 11,000 who cannot find work in a snap during these times.

In the end, she said that despite the storm of punches that are “FPJ-style” and “a la Pacquiao,” and feeling all torn up (“gutay gutay na” as she channeled her character Lupe in “Pasan Ko Ang Daigdig” directed by the great Lino Brocka), she hangs on to God for strength and peace of mind. She thanked fans who pray for her and ABS-CBN.

(The world is round. And God is so alive. It is Him who holds and knows what will happen in the future.) JB