What Jennylyn Mercado learned in her 17 years of being a Kapuso: Fight for your dreams, make a stand | Lifestyle.INQ ❮ ❯ 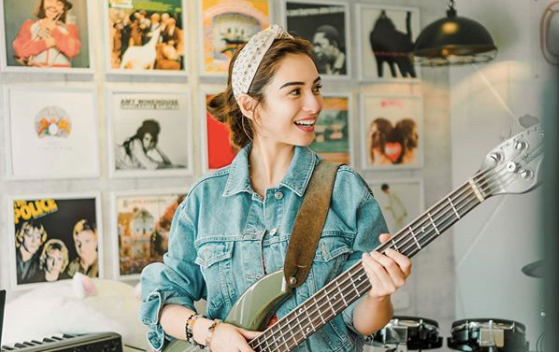 What Jennylyn Mercado learned in her 17 years of being a Kapuso: Fight for your dreams, make a stand

Of late, Kapuso actress Jennylyn Mercado has been vocal in expressing her opinion on controversial issues, even supporting ABS-CBN artists whose future seems to look bleak after the network franchise renewal was denied by Congress.

Mercado’s fighting stance is discernible in the way she speaks and handles issues concerning the nation and the people. Her July 13 tweets for example reveal how she is defiant and bold in her opinion.

(How are you now? And best of all, how are you, the guy who had that mañanita, the senator who needs to get some compassion, and the blogger who had a mass gathering?)

She scored on the unemployment issue on the same day by saying, “When the Philippines unemployment rate just recorded an all time high, that’s when the congress decided to terminate a renewal which will cost and additional thousands of people their jobs. Nasan yung logic dun?” (Where’s the logic there?)

On the same day, she also reminded her social media followers that her opinion should be respected by them, as she tweeted, “One quick reminder to the people na nagrereply ng ‘shhh,’ ‘shut up’ o ‘tumahimik ka nilang,’ at ‘huwag ka mangelam’ (One quick reminder to those who reply with ‘shh,’ ‘shut up’ or ‘just be quiet’ and ‘don’t meddle’) Respecting other people’s opinion is a value you seem to have forgotten.”

In her #askJen post on Twitter today, July 15, the Kapuso actress was queried about lessons she has learned.

(What were your learnings as a Kapuso which you can say has something to do with what’s happening now?)

(In my 17 years as a Kapuso, I’ve learned to make a stand for what I believe in and to fight to realize my dreams.)

(Above all, I’ve learned to respect and prioritize concern for other people. I will take that with me until I grow old.)

Adoring fans could only praise Mercado with her no-nonsense opinions.

“Proud of you, Jen!” exclaimed @yoursfangirl.  “I’m a fan of yours since StarStruck days until now. Through ups and downs mo, hindi ka sumuko hanggang maabot mo ang pangarap mo. Yung ‘Dream, Believe, Survive’ [pinatunayan] mo. Thank you for speaking up for the kindness, humanity and empathy. I salute you.” (You didn’t give up until you reach your dreams. You live up to the show’s slogan “Dream, Believe, Survive.”)

(Yes, we’re right there, whatever happens you will always be my idol but don’t drag yourself down into the issues of ABS-CBN because you are a celebrity, protect your image and let them resolve their own problems.)

Standing up for Marcado, @QueenRegghie commented, “[‘Yan] ang idol ko!!! may paninindigan, loyalty, pakikipag kapwa at marunong rumespeto sa lahat ng bagay.” (That’s my idol. She takes a stand, has loyalty, cares for others and knows how to respect all things.) JB