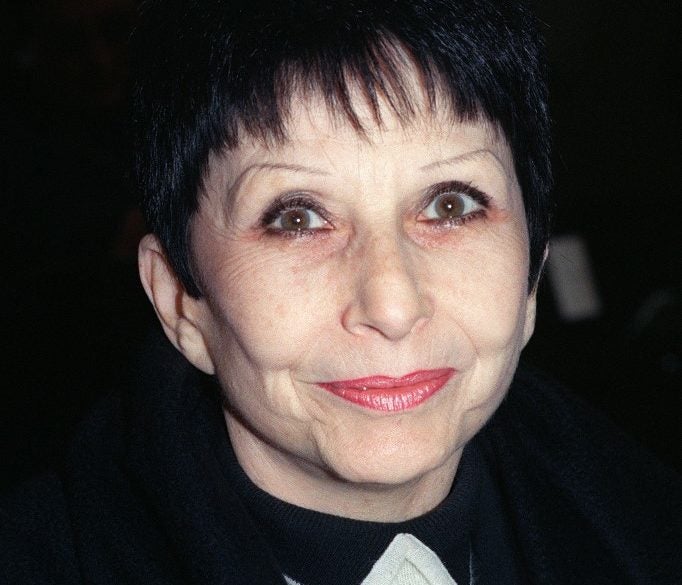 PARIS — French dancer and singer Zizi Jeanmaire, an iconic cabaret showgirl whose grace and glamor was celebrated on stage and in film the world over, died Friday in Switzerland aged 96, her family told AFP.

“My mother passed away peacefully last night at her home in Tolechenaz,” a town bordering Lake Geneva, her daughter Valentine Petit told AFP by telephone.

Jeanmaire starred in ballets, cabarets, musicals, and film, mixing styles but never compromising on the rigor of her classic training.

Many of her roles were created by her husband Roland Petit, the renowned choreographer who died in 2011.

It was her leading performance in Petit’s modern interpretation of “Carmen” in 1949, which featured the short-cropped hairstyle that became her trademark feature, that launched her into the spotlight.

The new-look production caused a sensation when it was performed in Paris, London and New York.

Jeanmaire and Petit met in 1933 when they were around nine years old and students at the Paris Opera Ballet. They married in 1954 and had a daughter.

“They became the power couple of Sixties Parisian cultural life, wearing Yves Saint Laurent and collaborating with Andy Warhol,” The Telegraph wrote in an obituary of Petit.

Jeanmaire was born in Paris on April 29, 1924, her real name Renee Marcelle Jeanmaire. Her nickname is reportedly rooted in her childhood pronunciation of “Mon zizi” for “Mon Jesus” (My Jesus).

She left the Paris Opera Ballet at 19, saying she wanted to see the world and eventually making her way into Hollywood and New York.

Her leading films roles were in the 1950s, including in the Hollywood musical “Hans Christian Andersen” (1952), about the life of the Danish storyteller, and “Anything Goes” (1956) starring Bing Crosby.

She triumphed at Paris’ Alhambra music hall in 1961 with a performance of “Mon Truc en Plumes” — her legendary costume of huge, pink ostrich feathers designed by Saint Laurent — and in 1966 danced alongside Rudolf Nureyev for the film version of Petit’s ballet “Le Jeune Homme et la Mort” (The Young Man and Death).

Saint Laurent, who dressed her for 40 years, once said she “only had to walk on stage for everything to take life, fire, and flames.”

Sealing her place in stardom is a reference in the opening line of Peter Sarstedt’s name-dropping classic “Where Do You Go to My Lovely” (1969), which says: “You talk like Marlene Dietrich, And you dance like Zizi Jeanmaire.”

A public ceremony in her honor will be organized in September, her daughter said.