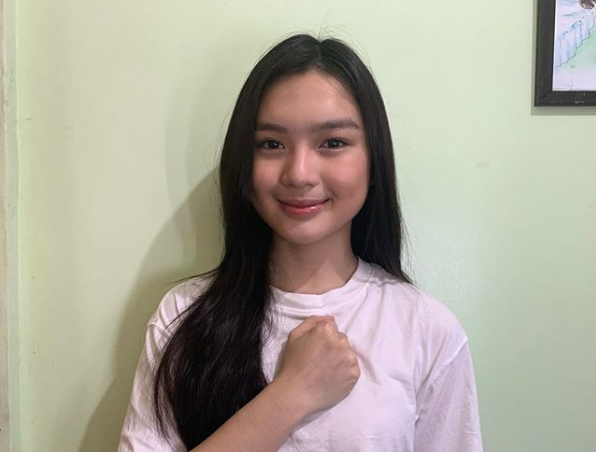 Francine Diaz joins the fight for her home network ABS-CBN

Smarting from the hurt she felt, now that an ABS-CBN closure is imminent after its franchise has been denied by Congress, young actress Francine Diaz showed great concern for those who will be booted out of their jobs in the network.

The “Kadenang Ginto” star posted a digital artwork depicting a family yesterday on her Instagram and Facebook accounts, where a father together with his wife and his child are seen hugging; the father wears a shirt with the ABS-CBN logo at the back.

(I don’t know where and how I will start, what I know is that I am hurt for my Kapamilya.)

The young actress recalled her life before she became a big star, saying she has also experienced what it was like to be poor.

(I know the feeling of hunger, when you don’t know where to look for money to feed your family; when though morning is yet to come, you are already worried where you will get money to buy food. I now that feeling because I was once poor and hungry.)

With the closure of ABS-CBN, the young star could only make a plea that the government gives her network a chance to continue operations, so that it may also start reforming its systems.

(No one said that ABS-CBN is perfect. If it has shortcomings and mistakes, please give us the chance to put these in order and correct them.) JB