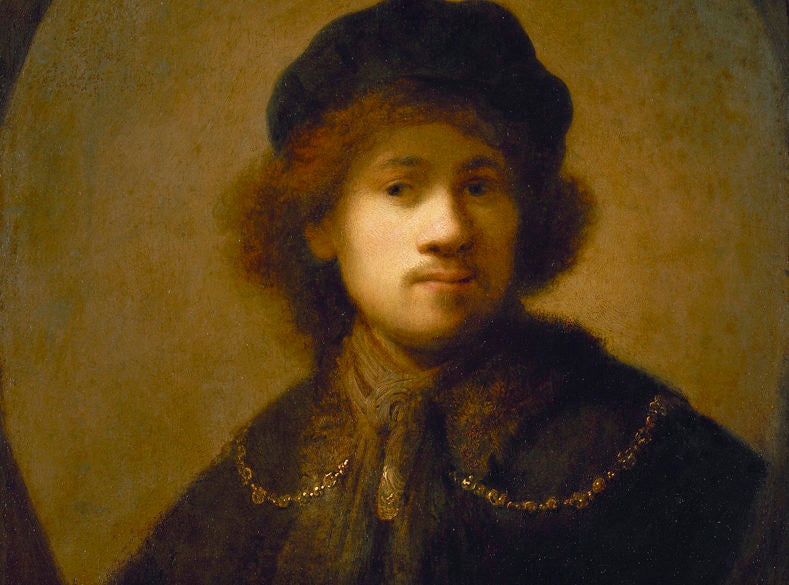 My greeting is a week belated, but I guess what matters is that Rembrandt is still a Cancer, because the zodiacs didn’t actually change, apparently.

There is currently an ongoing show on Rembrandt at the Ashmolean, which had to close due to the lockdown, but can still be accessed virtually.

The exhibition Young Rembrandt focuses on his burgeoning years, spanning 1624 to 1634, when the future old master was but “young and unremarkable.”

Below are some of my personal favourites from the exhibition.

“Simeon in the Temple” is one. That beam of light and the negative space compositionally scaffolded by the architecture of the temple is an early stroke of masterly touch.

I also really like the balance of figures in “Descent from the Cross”. Those two elements I mentioned are also present: a dramatic beam of light, and a structure that shoots up to the sky, while figures in descent look like they’re melting from the very wood of the cross.

The portrait of “Jeremiah Lamenting the Destruction of Jerusalem” is another favorite. What I really like about it is how it has the sensibility of a modern fashion picture, and how Rembrandt painted the fabrics as well as the metal hardware in the scene.

“The Noble Slav” is another such portrait that looks both imperial and organic. It’s essentially a brown picture, yes, but one that radiates with a hundred-years-old luminosity.