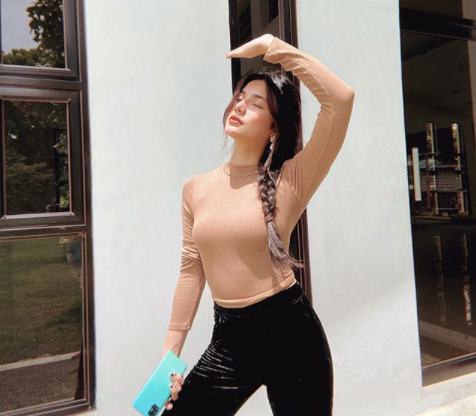 Up and coming actress Jane de Leon drew flak for being absent in the noise barrages and rallies recently held in defense of her network, ABS-CBN, due to the denial by Congress of its bid for a franchise renewal.

Social media was teeming with hate as netizens reacted to de Leon’s July 19 Instagram post where she articulated reasons for not showing up in the rallies.

In her post, de Leon explained that “we are still at risk because we all have an invisible enemy to deal with. Our health and that of our loved ones are at stake. As the COVID infection rate in our country continues to rise, hospitals and facilities are nearing, if not reached, full capacity.”

Some followers didn’t buy de Leon’s reasoning. They took a jab at the actress who they said has not yet essentially proven anything in show business. She was even compared to Angel Locsin whom one netizen called as the real Darna.

Bluntly, one @des4peo told de Leon, “You don’t deserve the title DARNA. You will never be close to DARNA.”

(You should be ashamed, Angel Locsin never told you to go out and join the rally. What she said was enough of the trying-to-be-cute posts in Instagram, like in your case, you who are so vain about how you look.)

(With due respect, @therealangellocsin did not tell you to go out and join the rally. Support your home network, that’s what she is asking from fellow ABS-CBN talents. Some homegrown artists are indifferent about what happened to the network. Kapuso @mercado jenny is much appreciated because she showed support despite her being bashed. Your interpretation is wrong.)

(You were hit with the line “you’re just playing cute in your ig,” right?. You really don’t deserve Darna’s stone, you ought to just return it to the true one.)

One @rhenlols commented, “Ay! Imagine saying this, ‘Ding, I feel sorry for them. But let’s focus on the positive and be happy!’ Sigh. Superficial.”

(A true Darna is someone who, despite being hurt and getting sick, will be willing to give her life for those who are oppressed. You should have just given a statement of support and refrained from discouraging people to join the rally. It’s good you have not flown [as Darna] yet, otherwise, when someone asks help from you, you might just hide inside your house.) JB