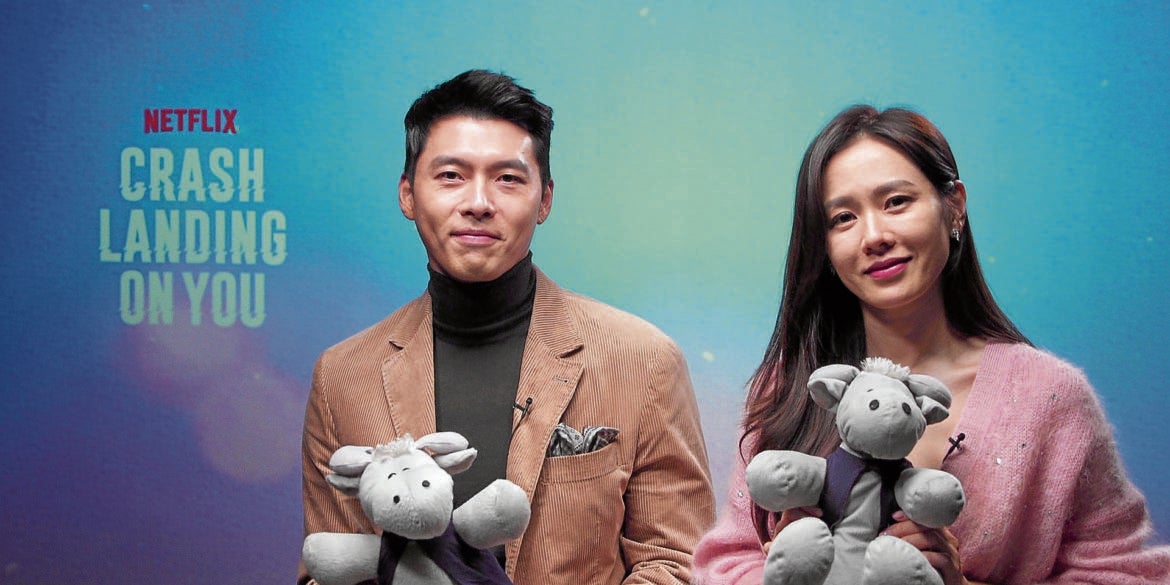 “Let’s Talk Oppa” uses dramas such as “Crash Landing on You” starring Hyun Bin and Son Ye-jin as a tool to explain a phrase.

‘Let’s Talk Oppa’: a podcast that seeks to understand ‘oppa’

Sex is the topic of the very first episode of my podcast, “Let’s Talk Oppa.” Or to be accurate, how you subtly invite someone to do the nasty. In Korean.

There’s an inside joke that K-drama fans share. Whenever ramen is offered to the lead character, we collectively hold our breaths and wait for an answer. Will it be rejected or accepted?

In K-dramaland, they often really end up just eating instant noodles at a convenience store or freshly made ramen cooked in a tin pot at home. But the double meaning doesn’t go unnoticed— that the invitation to have ramen is an invitation to have sex.

Some dramas actually make an effort to subtly explain to their global viewers what the phrase is about. A few of those dramas are the Netflix Original series such as “Crash Landing on You” and “Romance Is a Bonus Book.”

We explain this pop culture phrase further in the first episode of the podcast.

Where did it begin? Who said it first? How do you say it correctly?

This topic shows how Filipino fans are quick to pick up slang. Korean fan pages would highlight scenes that feature ramen invitations in dramas. At events, fans would bring personalized posters inviting their idols for ramen, knowing it would get them noticed.

Filipinos are already immersed in the Korean language, whether they formally studied for it or not. It’s easy for them to understand expressions such as “jinja” (really), “babo” (stupid), “yaksuk” (promise) and many more.

K-dramas and K-pop are not just hobbies. They’ve become language and cultural teachers, too.

“Let’s Talk Oppa” is by no means a replacement for the classroom lessons. But it will bridge the gap between the shows and songs you love and learning the language formally.

It can be a mnemonic device for language learners. And for the curious, it’s a way to understand why people around them couldn’t stop gushing about Korean shows.

As a fan, I went through the different phases of the Hallyu wave in the country. I remember the very first piece of Korean pop culture that I fell in love with. It’s a film called “My Sassy Girl” that stars Jun Ji-hyun and Cha Tae-hyun.

I was in college in 2002 and Pam Pastor was my classmate and friend. She would invite our barkada over to her house when we had two to three hour breaks between classes.

We watched “My Sassy Girl” on her bed while she waited for the part where we would cry so she could take pictures of us. We had to wait for films of our cameras to be developed before we could laugh at our reactions.

Pam encouraged my love for Korean shows. When she went to Korea for coverage, she came back with DVDs of Korean Films. She made me watch them and I did so without hesitation. Among those films she shared with me were “Il Mare,” “A Tale of Two Sisters” and “My Boyfriend is Type B.”

In the early 2000s, sources for Korean films and drama series were very few. Fans were dependent on shows brought and dubbed by local networks. Or we could go to Quiapo and resort to purchasing “dibidis.”

Then came the online streaming sites such as Dramacool and KissAsian. These sites would upload shows RAW and unsubbed two to three hours after it aired. Drama campers like me would watch it and rely on body languages to understand the scene. When the subs are uploaded after five hours, we watched the show again. If you follow an unpopular series, it would take as much as five days to one week for subbed shows to be uploaded.

It’s unheard of now because we’re spoiled for choice, thanks to legal streaming platforms such as Netflix, VIU, Viki and iQIYI. We no longer have to squint our eyes to get a clearer picture. We can watch it on bigger screens and we also do not misunderstand scenes because the subber wrongly translated something.

The access to the shows and K-pop lead to my interest in the language.

In 2018, I had to go to the Korean Cultural Center (KCC) in the Philippines at 4 a.m. to register for a basic class. It was a good call because the lines were so long that those who arrived at 6 a.m. were no longer able to secure a slot.

Even thought they were basic, learning how to read Hangeul and learning a few phrases, slowly made me understand the dramas without subtitles.

The lessons came very useful when I started doing coverage for Super K. I understood Ju Ji-hoon and Bae Doona when they said that they had so much fun filming “Kingdom” during our set visit in 2018.

I made Smart ambassador Hyun Bin smile when I asked Park Shin-hye during the presser for “Memories of the Alhambra” about food. There were embarrassing moments, too.

I tried to talk to Lee Seung-gi in his language but he told me to speak in English. Obviously, I needed more practice. My redemption came when he came to Manila one month later.

I was very near him but I couldn’t talk to him directly. In my hands was a copy of the Inquirer that featured him on the cover of Super. I really wanted to at least hand the newspaper to him. As he was walking away, I called out to him, in Korean, and told him I had a gift for him. He recognized me and told me he remembered me from the Netflix interview of “Vagabond.” I almost died.

Lee Seung-gi remembered me. It was a return of investment of all the time I spent learning the language.

The first season of “Let’s Talk Oppa” imagines that the listeners will come face-to-face with their Korean crush. Who can you call oppa? Can all boys be oppa? How will you say “I love you” to your oppa? What will you tell him during dates?

It taps the expertise of Korean language teachers. For the first two episodes, we got Jung Jong-su of Jung’s Korean classroom. He was a teacher in KCC and taught in Ehwa Womans University and Hansung University.

Jung holds his online classes nowadays and you can register in his classes through his Facebook account.

We also got the help of University of the Philippines-Diliman’s Bae Kyung-min. She teaches Korean Language in the university and is part of the UP Korea Research Center. Bae encourages everyone who wants to learn Korean to follow the page of the UP Department of Linguistics. The Pumapodcast team composed of Patricia Aquino, Marc Casillan, Nina Torralba and Christine Chung worked hard to make the show fun to listen to.

“Let’s Talk Oppa” is naughty, fun and educational. I hope you experience the satisfaction of understanding your oppa through the show.