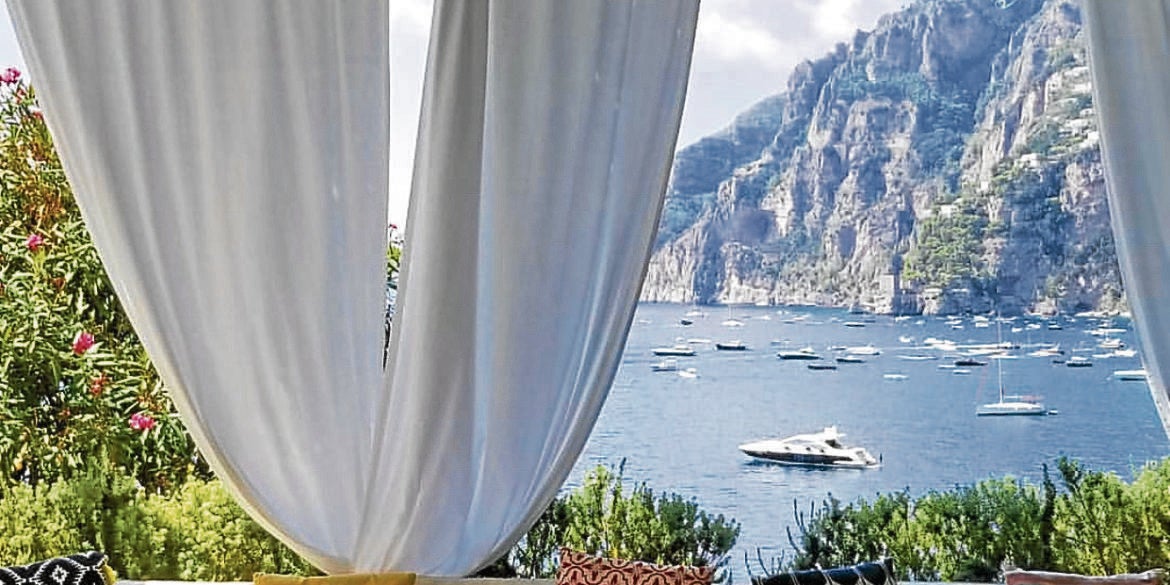 One of the vistas that inspired Kevin Kwan’s novel, a millennial-era reimagination of the E.M. Forster classic “A RoomWith a View” —@KEVINKWANBOOKS

Kevin Kwan just wrote your escape hatch from this pandemic

Kevin Kwan’s follow-up to his phenomenal “Crazy Rich Asians” trilogy of novels has every bit of the delectable (and escapist) elements of his past efforts that have made them runaway bestsellers.

There’s romance, a lavish wedding in a picturesque setting, fusty old wealth, glittering new money and an assembly of kooky characters (including a pair of Filipino sisters whose family owns 5,000 of the 7,000 islands of the Philippines—you get the picture).

“Sex and Vanity” (Doubleday, June 2020, 315 pages), Kwan’s millennial-era reimagination of the E.M. Forster classic, “A Room With a View,” whisks his loyal readers away from the exclusive enclaves of the mega-rich in Asia, and onto a private jet ride to the dreamy island of Capri in Italy and the ritzy playgrounds of New York WASPs and billennials—billionaire millennials—in Manhattan and the Hamptons.

(In this pandemic, it will take a long while before you can be whisked away to anywhere, much less on first class or a private jet, so come along for the ride.)

In “Sex,” the idyllic upscale resort town of Capri becomes the stand-in for Forster’s Florence, as Kwan’s Insta-era protagonists share first names with the characters of the Edwardian novel.

Lucie Tang Churchill, Kwan’s heroine, is a descendant of the Mayflower and scion of a Wall Street fortune. She is 19 when she meets 20-year-old George Zao in the wedding of her childhood friend in Capri.

Like tropes of every romance novel you read as a teenager, Lucie feels an odd dislike for the young man, who’s born to Hong Kong money, educated Down Under and, while she refuses to admit, is a “total snack” in white Speedos. Oh, and by the way, he reads Neruda.

Kwan infers at the breeding of characters by adding their academic pedigree next to their names, in parentheses, as a sort of introduction: Lucie (92nd Street Y Nursery School/ Brearley/ Brown, Class of ’16).

Lucie’s mother is ABC (American-born Chinese), and being half-Asian has always made her feel like an outsider within her WASPy clan. She feels that her brother Freddie was always favored, because he looks more Caucasian, like their father.

It’s owing to this that, perhaps subconsciously, she had suppressed her Asian side. It incenses her when her snobby, somewhat racist older cousin Charlotte (Rippowam/ Miss Porter’s/ Smith) suggests it should be no surprise if Lucie’s attracted to George since she’s half-Chinese.

“Sex” reads in parts like a travelogue, a vicarious getaway for readers trapped in the same place on the map for months. Kwan’s Instagram feed becomes a reading companion: he shares vignettes of balconies of the tony villas that overlook the stunning cliffside village of Positano that inspired his novel.

The magnetic blues of the Amalfi Coast are the backdrop for another extravagant wedding that has become formula in Kwan’s storytelling (we could almost picture the Hollywood adaptation)—and the woeful end of Lucie’s young love.

(If you’re keen, you’ll also note a crossover of at least two characters from his “Crazy Rich” series.)

Years pass, and Lucie and George meet again, with her recently engaged to Cecil Pike, in a “Marvel-sized” wedding proposal on Fifth Avenue involving the New York City Ballet and Broadway dancers, with a ring “the size of a rhino’s testicle,” or, as Cecil describes it (if you can imagine a man knowing his diamond from his cubic zirconia):

“The cabochon emerald is 49 carats and belonged to the Nizam of Hyderabad. The accent rubies are from my mother… and I had Laurence Graff personally select these 12 brilliant-cut diamonds… All D flawless, of course.”

“The Most Desired Man on the Planet,” according to Esquire, is also the story’s resident buffoon, a billennial obsessed with Instagram likes.

Kwan has a knack for putting words in his characters’ mouths that make them sound deliciously ludicrous. Who else talk this way but Kwan characters! To wit:

A Chinese auntie who’s offering her hotel room with a view to total strangers (also a scene borrowed from Forster): “We have been to Capri before, and we come from Hong Kong, where our flat overlooks the harbor. And we have a house in Sydney, in Watsons Bay, where we can see whales do backflips, and another beachfront house in Hawaii, in Lanikai. We get to see the ocean till we’re sick of it, so this is nothing to us.” (She’s not bragging—Kwan addresses race and cultural nuances in this book.)

An “Armie Hammer Handsome” beau namechecking brands during sex: “Those Ludovic de Saint Sernin panties should be illegal. I just went from six to midnight. Why did you have to bend down in front of me like that?” (Ironically, buzzkill.)

“Sex and Vanity” is what it looks like when the worlds of crazy rich Asians and crazy rich Americans collide.