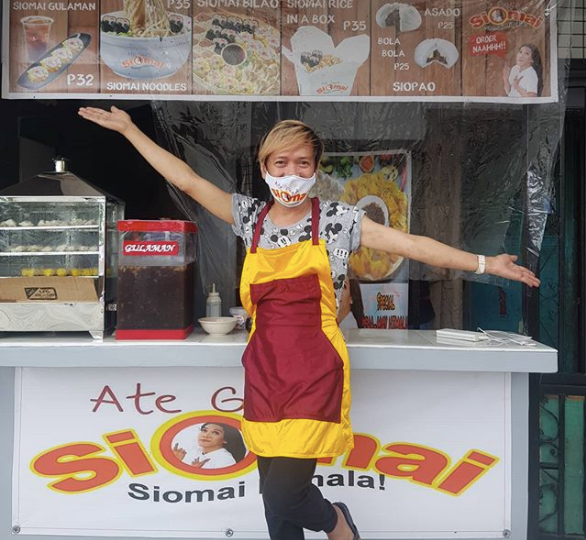 Amid the pandemic, when everyone needs to be enterprising to survive, stand-up comedian Ate Gay (Gil Morales in real life) thought of putting up a siomai business to augment his income.

Ate Gay gave fans a look at his “Pansit siomai 35pesos.. #siomaihimala” via Instagram on July 24. Most of his followers raved at how affordable his pansit siomai was priced. They thought it was very cheap and were concerned that he might not earn that much anymore, given the price. Still, most of them sent their well-wishes and congratulatory greetings.

(Your product is reasonably priced, Ate Gay. Siomai in our place is four pieces for P20. Yours is cheaper at P35 with noodles.)

Another follower, @taraletsyow, expressed interest in owning a franchise of Ate Gay’s business.

One @jennerpergy is all praises for Ate Gay as she said, “Godbless you ate gay [emoji]… naway dumami pa ang branch nio dahil sa mabuti ang iyong puso.” (God bless you, Ate Gay. I hope your branches multiply because you have a good heart.)

“Lumalaki at lumalawak na ang menu!!!! Happy for you po!!! God bless u always,” one @kookiech21 said. (The menu is getting bigger and expanding.) JB