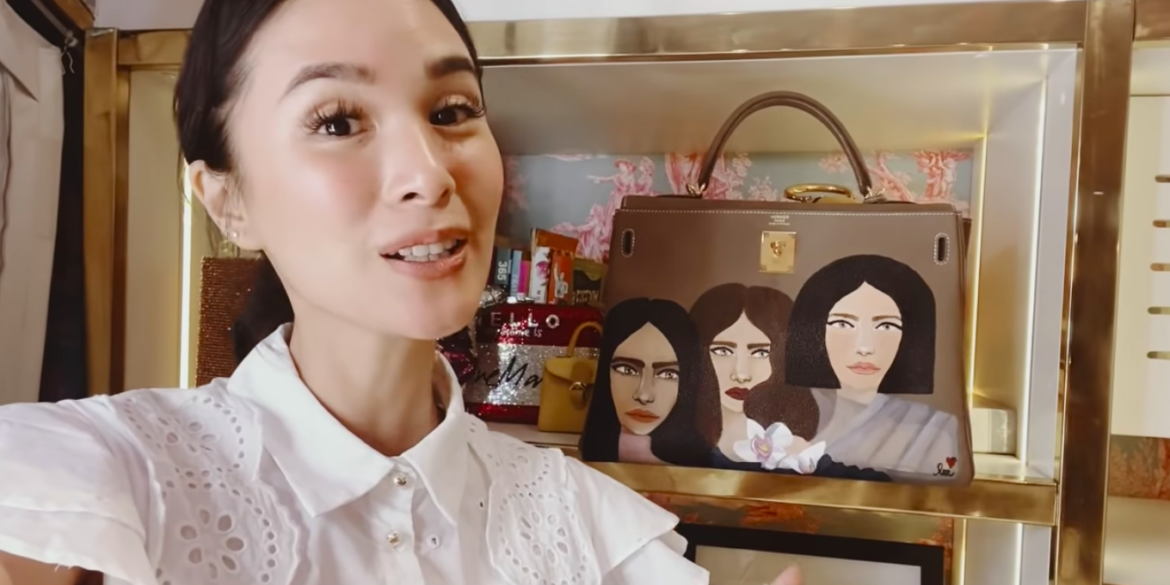 Known far and wide as an artist besides being a TV host and an actress, Heart Evangelista showed her mettle with the brush in her latest YouTube vlog.

The actress revealed in the video on July 24, titled “Work from Home: How I Paint on Handbags for My Clients”, that the last time she painted a bag for a vlog was in November 2018.

“I painted on a Carolina Herrera bag but I’ve just been so busy and I haven’t really painted on anything else,” she admitted.

For the video, she was set to paint on an Hermes Kelly with Togo leather for a client in Los Angeles. Although she has painted on Hermes bags a couple of times, even mounting an exhibit years ago, Evangelista still gets the proverbial butterfly in the stomach.

“Do I get nervous? The answer is all the time. Every single time. I pray like about four Hail Mary’s and Our Father and one Glory Be before I start a painting,” she confessed. However, she did say that she found it to be “therapeutic.”

Evangelista worked on the bag on a table that has “all my abubots (knick-knacks) here, all my stuff for painting.”

“I love painting girls and so that would represent my work and the look of my work,” she explained.

After working on the women’s faces and hair — and makeup too — she set out to paint their clothes, opting for earth tones to go with the bag’s brown color.

Wanting to make one of the girls stand out, she opted to paint orchids on the one in the middle.

After 5 hours, Evangelista finished her painting, shorter than the usual 7 hours it takes her.

“But since I didn’t do so much detail on this bag, it took me five (hours) but I really wanted it to be very muted and very elegant and it really compliments the bag so I am pleased,” she said.

The video has garnered over 900,000 views as of writing. NVG

WATCH: Liza Soberano recreates ‘How You Like That’ look of Blackpink’s Jennie