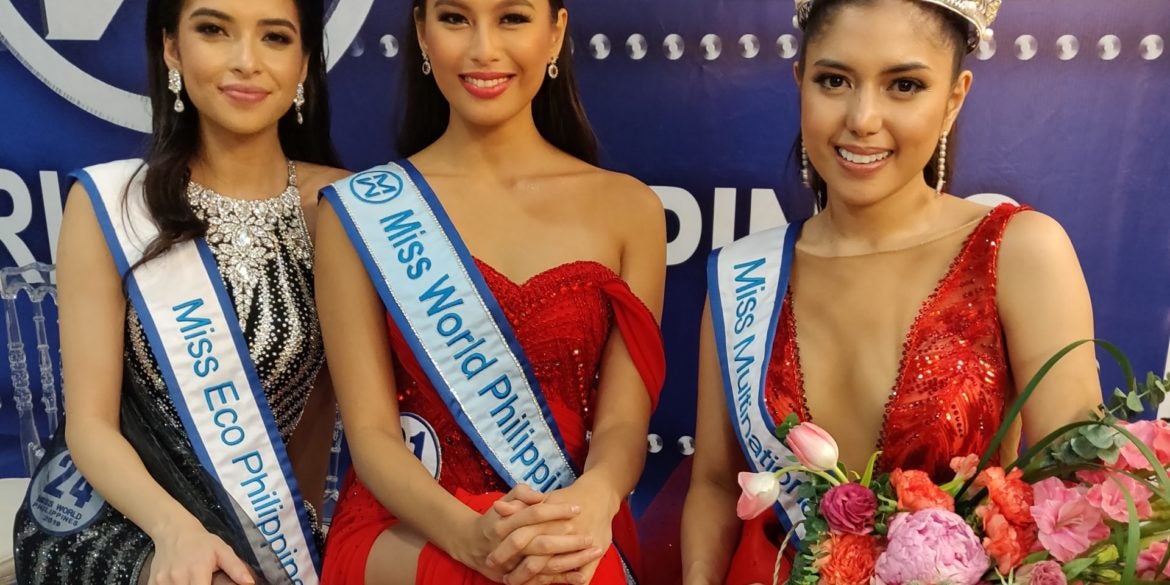 MAKATI CITY — The Miss World Philippines (MWP) pageant will stage its 2020 edition in 2021 with an additional crown for the country’s official representative to the Miss Supranational pageant.

MWP head Arnold Vegafria said in a statement that this year’s national pageant, which has been originally set in December, then moved to November, will be staged in January 2021.

He added: “I am very proud to finally announce that the [MWP] organization has acquired the exclusive rights for the Miss Supranational title.”

His organization already holds the national franchise for the counterpart Mister Supranational contest and had sent two representatives in 2017 and 2018.

“Aside from strengthening our foothold in the local and global pageant scenes, the addition of the Miss Supranational title will provide our aspiring Filipino queens with another relevant platform for women empowerment,” Vegafria continued.

“The Miss Supranational pageant has evolved. While it doesn’t have a specific advocacy, the contest encourages the winner to pursue the causes closest to her heart,” Mercado told the Inquirer in a phone interview.

“The pageant focuses on the grassroots, on the community level. It wants the ladies to work on even a small project that would benefit her people,” he added.

The Miss Supranational’s new mantra is “aspirational, inspirational,” said Mercado, which means they are looking for a queen who has her own aspirations and provides inspiration to others.

The Binibining Pilipinas Charities Inc. (BPCI) acquired the Miss Supranational franchise for the Philippines in 2012 and sent first runner-up Elaine Kaye Moll, who finished fourth in the global tilt.

In 2013, the Bb. Pilipinas pageant sent Mutya Johanna Datul, who eventually became the first Filipino and Asian to be proclaimed Miss Supranational.

With the Miss International pageant announcing the cancellation of its 2020 pageant, and the staging of its 60th edition next year, the Bb. Pilipinas has yet to confirm the resumption of its 2020 competition, which had been suspended indefinitely.

Forty delegates from around the country had already been selected as official 2020 Bb. Pilipinas candidates earlier this year.

BPCI has yet to release a statement regarding the Miss Supranational pageant’s appointment of MWP as its new Philippine licensee.

But Mercado said the Miss Supranational organization has told them that the usual December competitions for both men and women have been canceled this year. This means the recent acquisition calls for a representative to the next edition, which is tentatively scheduled in February.

The Miss World Organization (MWO), Mercado said, had also informed Vegafria that it will not be able to push through with its original schedule in December, and will instead hold its next edition in the second quarter of next year.

“Only the Miss Eco International pageant has a standing schedule this year. Its most recent announcement said the 2020 edition had been moved to September. The Miss Multinational pageant, on the other hand, still has not announced a new schedule,” Mercado shared.

He told the Inquirer that now with the confirmation of an additional national title, the MWP is planning to start accepting applicants in August. “We may adjust the age limit to 28 years old because the Miss Supranational pageant accepts delegates up to 29,” Mercado said.