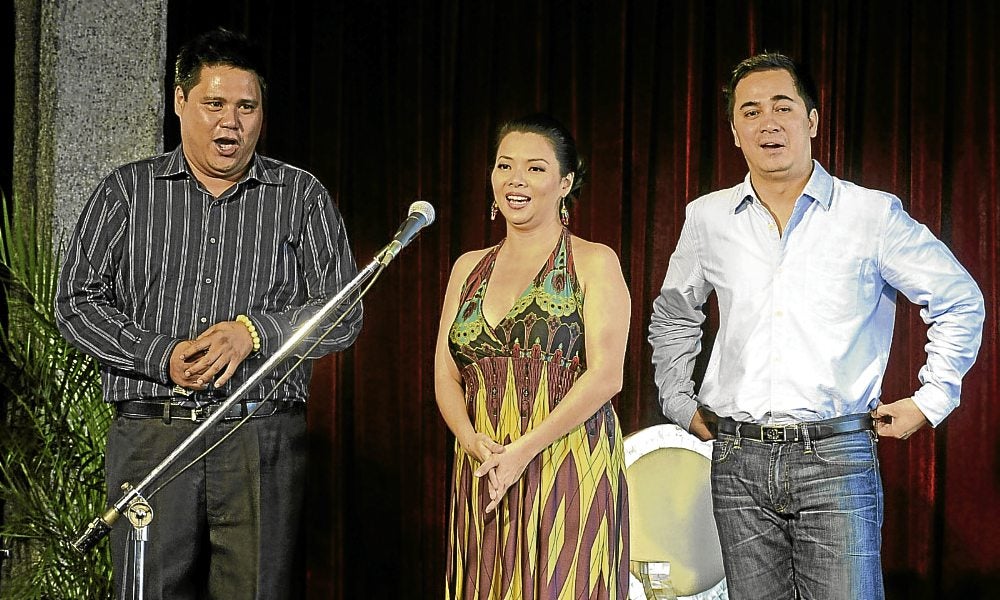 ‘La Traviata’ to kick off a year of operas for CCP

Poor Violetta must be the original “prostitute with a heart of gold.”

For the uninitiated, Violetta is the tragic heroine of Giuseppe Verdi’s opera “La Traviata” (The Strayed One), based on the novel “La Damme aux Camelias,” by Alexander Dumas.

In the story, Violetta, a courtesan in Paris during the 1840s, has a lover Alfredo who is de buena familia. Alfredo’s father is adamantly against the relationship because of Violetta’s profession, and also because his daughter is marrying a scion of another prominent family.

In the end, Violetta, dying of consumption, gives up Alfredo so as not to cause a crisis in his family.

The opera and the novel have had many versions. Think of Greta Garbo dying poetically in a 1930s film or expiring in a mosquito net—if memory serves right—in the Rolando Tinio Tagalog adaptation.

And now “La Traviata” will be staged anew at the Cultural Center of the Philippines on March 2-4, in a Philippine-Korean production featuring top-notch Filipino and Korean opera singers in major roles (performing during different nights).

The Philippine Philharmonic Orchestra performs under the baton of Korean conductor Jae Joon Lee. Floy Quintos is stage director, with set and costume design by Eric Cruz. The University of Santo Tomas Singers—twice  “Choir of the World”—will serve as the chorus.

This was announced at a recent press conference at the CCP by CCP President Raul Sunico, who described 2012 as the Year of the Opera, at least in Manila.

“La Traviata” is the first of three opera events to be staged at the CCP Main Theater. Forthcoming in June is “Madame Butterfly” and “Barber of Seville” in July.

“Opera is a relatively unknown art form in the Philippines, although it has been around for some time already,” Sunico said.  “It is a complete art form that combines music, theater, dance and design.”

Sunico hopes that the CCP effort to renew and reinvigorate interest in art of opera will be well received by the Filipino audiences.

The Filipino lead singers are soprano Rachelle Gerodias as Violetta (she performs on March 3), tenor Arthur Espiritu as Alfredo, and bass-baritone Andrew Fernando as Alfredo’s father.

The lead Korean singers are soprano Yun Kyoung Yim (she performs on March 2 and 4), tenor Jae Wok Lee, and baritone Daesan No.

Gerodias, Espiritu and Fernando were present during the press conference, performed some touching as well as dramatic scenes from the opera, and answered questions from the media.

Asked how she brought out the feelings of the character Violetta, Gerodias observed: “I’ve been in love before, so it’s something to draw from for my emotions. The composer wrote everything for us. We just have to tune in to the music. I just translated it (being a prostitute) in my mind, researched into the character and understood the character.”

Sunico quipped, “As a prostitute, Rachelle is not being realistic.”

Gerodias said Violetta valued Alfredo’s family more than her own happiness, so she sacrificed her love for him to save his family (from scandal).” And on that note, the soprano, who is single, concluded “I would like to dedicate my performance to my family!”

On the other hand Espiritu, to “dive” into the character of Alfredo, tried “to revisit those painful memories I had. If you love someone unconditionally, I can relate to that. So I dedicate this to my ex-girlfriend.”

The message of the opera, Fernando said, is that “love conquers all. Love knows no bounds.” But he did not say to whom he would dedicate it to, if at all. Fernando described “La Traviata” as a “soap opera.”