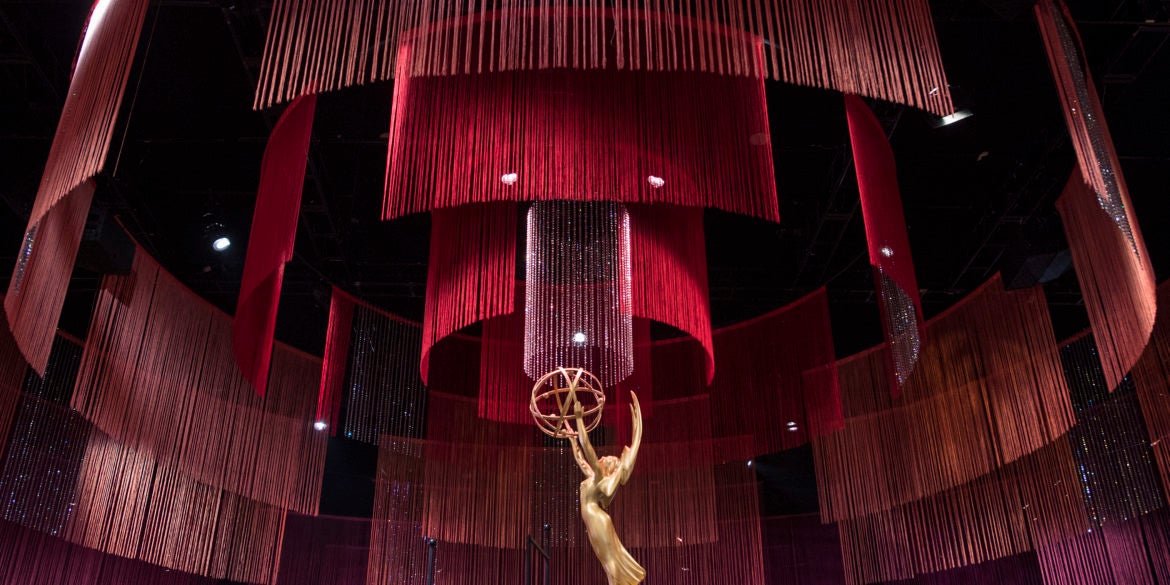 (FILES) In this file photo taken on September 12, 2019 an Emmy statue is seen on the stage at the 71st Emmy Awards Governors Ball press preview at LA Live in Los Angeles, California. - The 72nd Primetime Emmy Awards nominations honoring the best and brightest in television will be announced early on July 28, 2020, kicking off an unusual awards season clouded by the COVID-19 pandemic. Among the frontrunners for best drama are HBO's darkly humorous "Succession," which centers on a powerful media family's wrangling for control of its company, as well as dark crime thriller "Ozark." In the limited series race, HBO's "Watchmen," a superhero tale that tackled racism in America, is expected to be the frontrunner. (Photo by Mark RALSTON / AFP)

A day after announcing nominations for the Emmy Awards, the Television Academy on Wednesday informed top nominees that the ceremony in September will be held online because of the COVID-19 pandemic.

The announcement was expected given the restrictions and lockdowns imposed since the virus outbreak which has wreaked havoc in the entertainment industry.

The Emmys — television’s equivalent of the Oscars — will take place on September 20 and will be the first major awards show in Hollywood since the coronavirus crisis began.

In the letter sent to select nominees and the contents of which were confirmed to AFP by an Academy spokesman, organizers said they were forced to make the tough decision to hold the ceremony online given the circumstances.

“Aside from NOT being able to come together in one place, we also acknowledge that our world is going through a challenging moment in many ways,” according to the letter signed by the producers of the event and Kimmel.

“We’ll be producing an event that is filled with warmth and humanity, which celebrates the power of television to bring us together and to help us shape our world,” they wrote.

The letter said that organizers would work closely with the nominees, filming them at home and other locations, to ensure they stand out on the big night.

“We’re going to make you look fabulous — we’re exploring the cutting edge of technology to allow us to use good cameras and lighting and look forward to working with you to produce your unique ‘on screen’ moments,” the letter added.

As to the dress code, the letter said given the informal theme of the ceremony, nominees could decide what to wear.

Cover image: In this file photo taken on September 12, 2019 an Emmy statue is seen on the stage at the 71st Emmy Awards Governors Ball press preview at LA Live in Los Angeles, California. (Photo by Mark RALSTON / AFP)