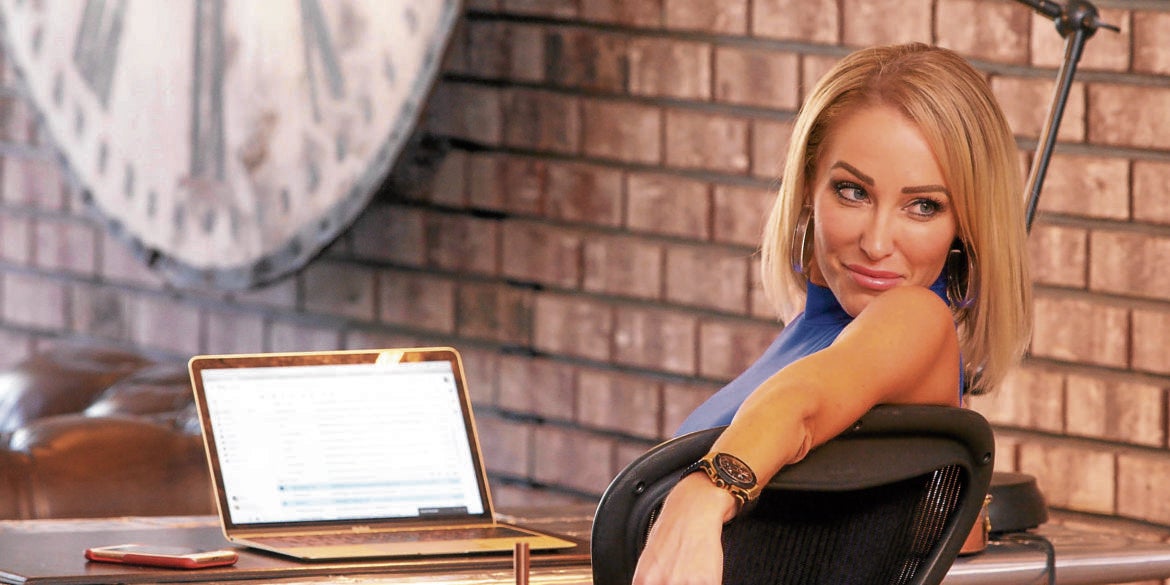 There’s something about Mary Fitzgerald that makes her friends fight for her. —NETFLIX

The girl bosses of ‘Selling Sunset’

The reality show “Selling Sunset” allows you to take a peek into the luxurious million-dollar houses in Hollywood Hills and Sunset Strip. But these houses also make for a perfect background for the lives of the larger-than-life realtors that sell them.

The Netflix Original Series features the Oppenheim Group run by twins Jason and Brett Oppenheim. Two of the most popular cast members are Mary Fitzgerald and Christine Quinn.

They were introduced as best buddies at the start of Season 1, but they ended the season in an argument. Things obviously didn’t get better in Season 2 as Fitzgerald found out about Quinn’s engagement the way the rest of the world found out—through Instagram.

This is exactly what makes “Selling Sunset” a guilty pleasure. The episodes are 40 minutes short but you continue to watch the drama through their social media accounts.

“I’m very lucky to work with some of my best friends of almost 20 years. Before COVID-19 (new coronavirus disease) hit we could hang out outside of work, going to dinner or to drinks with the twins often,” Fitzgerald told Super. “My only frustration is that Christine and I have grown apart over the last year or two. I hate conflict in general, and hate it even more with someone I used to be so close to.”

The show has been great for business. Fitzgerald said that she’s busier despite the pandemic. She signed three listings on the week she answered our email questions, and she’s working on multiple buyers. Quinn said the same thing.

“I definitely have more opportunities to work with new clients. I now do have a lengthier process to vet potential clients to ensure they are serious clients. I also have an abundance of work outside of real estate, which is great,” she said.

The first season introduced the cast. The second introduced Fitzgerald’s bestie and Oppenheim’s newest realtor Amanza Smith. The biggest event of Season 2 is, of course, the wedding of Fitzgerald to boyfriend Romain Bonnet.

“Romain and I are very happy together and just looking forward to being able to finally go to Bali for our honeymoon which had to be postponed due to COVID travel restrictions,” she said. “We’ve both worked pretty much all through quarantine because each of our fields of work permitted this as long as we wear masks/gloves/take proper precautions.”

We’ve also been updated to the lives of other cast members, too. Like Heather Rae Young revealing that her new beau is HGTV’s “Flip or Flop” host Tarek El Moussa.

Why did you choose to become a part of the show?

Christine Quinn (CQ): I was excited about the opportunity to be on “Selling Sunset.” I was meant for reality TV and was so excited that I get paid to be my fabulous self. It doesn’t get better than that, so it was an immediate ‘yes’ from me.

What can you say to people who make assumptions about you based on the few episodes of the show?

Mary Fitzgerald (MF): I honestly believe we all are portrayed as we are in real life. I haven’t had many untrue or negative assumptions made about me thankfully. Viewers see who we are, and they either like us and identify with us or not.

CQ: There is more to me than being just a one-note crazy bitch. I would encourage people to get to know me outside of the show. I am very approachable and engaging with my fans, so feel free to drop me a comment on social media anytime. Be sure to follow me on all my socials especially my new YouTube channel (ChristineQuinn), Instagram @thechristinequinn, Twitter, Snapchat, and TikTok @XtineQuinn.

Cliques were formed in the new season. On one side, it’s Mary, Amanza and Chrishell (Stause). Then there’s Christine, Heather and Davina (Potratz). How did that happen?

MF: Yes we did end up in a “clique” type situation by the end of Season 2. However, I’m friends with Heather and we filmed a lot of scenes that didn’t make the cut. I don’t think of her as in the “other clique.”

I hate even using that word “clique” really, it sounds very silly as professionals and adults. The truth is some of us on the show just simply don’t have compatible personalities and/or motivations at this time, therefore we don’t get along quite as well as we do with other cast members.

CQ: I’m a big fan of the movie “Mean Girls” and was looking for the Karen and Gretchen to my Regina. Mary and I were already growing apart so it was a natural transition to grow closer to Davina and Heather. They are both young and hip with a great sense of humor, and never take things too seriously. Amanza and I are really great friends as well.

You and Amanza go way back. What took her so long before joining you in Oppenheim?

I wanted Amanza to join the show last year when she was working with the Oppenheim Group as our in-house stager/designer, however she didn’t have her real estate license yet at that point, and she was also nervous about coming on the first season especially since we didn’t know what the show was going to turn out like in Season 1. I think Jason and I both pushed her pretty hard to be on Season 2 and so happy that she agreed, she adds so much to the show!

How does Oppenheim choose the houses and clients they feature in the show?