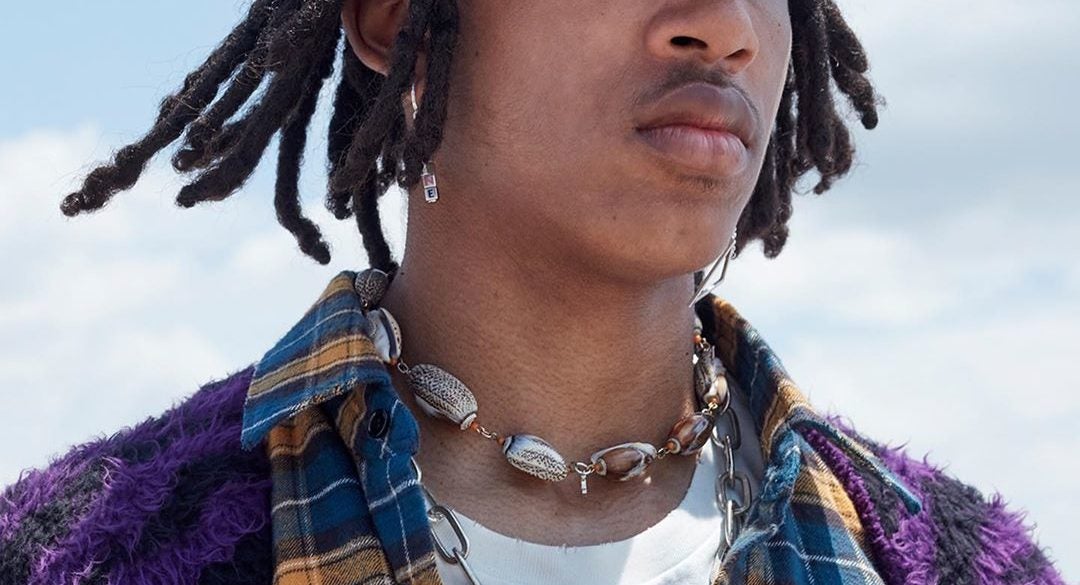 We have received the gospel: TikTok it is. Go-kart is where it’s at. We also don’t know who’s Margo! Now let’s zoom in on the jewelry at Celine’s “The Dancing Kid” collection. What is Hedi telling us? Below is a quick three-point guide.

First, chains. Chain necklaces are the preeminent pieces of jewelry. Silver chains, to be precise. (Although, stainless might pass?) Curb chains, cable chains. The prescription seems to be to wear at least two at once, one with a padlock and the other with a crucifix. In the case of the opera-length chain, a Gothic cross, where it’s meant to loop through a large ring.

Second, shells. Vice reported around this time last year how “youths are wearing puka shell necklaces again.” The reports roots its resurgence to the cult of the VSCO girl, but the puka shell necklaces have since crossed the gender divide. But here they seem to have been painted on with a lottery of gaudy colors—presumably nail polish?

Third, the earring. A particular focus on its being a singular entity. I have once reported on #DDE or Duc D’Anjou Energy and we’re wading in that pool once more. The single earring can be a variety of things: a two-inch fragment of chain, a key, a matchstick. A matchstick! I found out that Kate Spade made matchstick bobby pins some time ago. Maybe it’s time to ask your quirky auntie if she still has them?

PS. Bracelets? Rings? It’s hard to say. You walk the runway of life with hands in-pocket.

PPS. Did I say that shorts and pyjamas are also bejewelled? Yup.