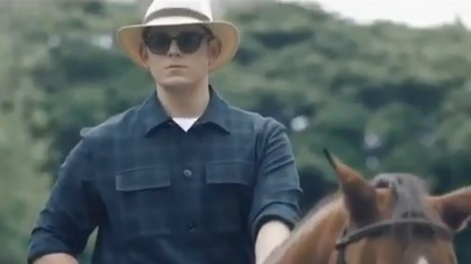 Actor Richard Gutierrez had a ringside view of Coco Martin’s working style as he forayed into the world of “Ang Probinsiyano”.

(I am impressed with his energy because he is the one directing the scenes. At the same time he knows people’s lines including blocking. I was so impressed with that.)

Martin left a lasting impression on Gutierrez who will play the third wheel in the Cardo-Alyana romance angle of the series.

(I cannot forget what Coco told me that here in “Ang Probinsiyano” there is teamwork. The show works because of teamwork and it is really story-based. The focus is on the story, not on one person or one character only. I appreciated Coco for welcoming me that way.)

Gutierrez is also very thankful over his inclusion in the series.

(Coco and I were actually talking during the Star Magic Ball. He told me that he wanted to work with me. It’s the same thing with me, I also wanted to work with him.  “If we could be given an opportunity, I would like to guest you in ‘Ang Probinsiyano’,”[he said]. I said, “Game. Just let me know when.” And then finally the offer came.)

Gutierrez describes his character Angelo as “very complex” due to a good backstory with Pressman’s character.

“[I loved that part with the] flashbacks,” he said. “[The role is] very challenging but at the same time I’m excited to portray it.” JB