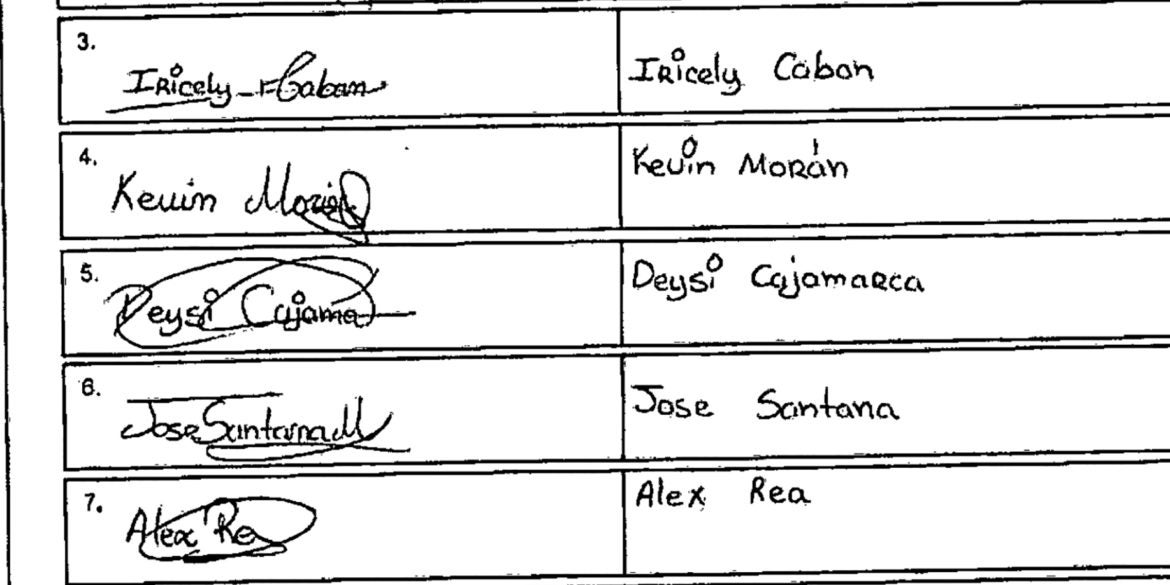 This frame grab made on Wednesday, July 29, 2020, of a New Jersey Division of Elections nominating petition shows signatures submitted by Kanye West to appear on New Jersey's ballot as a presidential candidate. The document was provided by election law attorney Scott Salomon who filed an objection with the state Division of Elections after reviewing the more than 1,300 signatures West submitted. Salmon says says he counted more than 600 that were in some way defective. The petition shows that a number of signatures appear written by the same hand. (Scott Salmon via AP)

Kanye West withdraws petition to get on NJ’s 2020 ballot

TRENTON, N.J. (AP) — Kanye West withdrew his petition to appear as a presidential candidate on New Jersey’s ballot, according to an email chain between a judge and what appears to be the rapper’s campaign email address.

In email correspondence obtained by The Associated Press, an unidentified person writing from a Kanye 2020 address tells Administrative Law Judge Gail Cookson that West is dropping his effort to appear on New Jersey’s ballot.

“At this time, Kanye 2020 has no further option than to regrettably withdraw from New Jersey and cease further efforts to place Mr. West’s name on the New Jersey ballot,” the Kanye 2020 email said late Monday.

“I will consider this email as a request for a withdrawal of your petition to be placed in nomination for the President of the United States in the State of New Jersey,” Cookson wrote.

Election law attorney Scott Salmon objected to West’s petition last month, arguing that it failed to pass legal muster because signatures were incomplete and in some cases appeared written in very similar handwriting.

Salmon, who is a registered Democrat but brought the complaint on his own behalf, reacted positively to the news that West had withdrawn.

“I am glad that the Kanye campaign has realized that their petition was so deficient that it wasn’t even worth defending,” Salmon said in a phone interview. “It sort of highlights the fact that it shouldn’t have been submitted in the first place.”

The New Jersey petition showed a number of signatures looked nearly identical, including lower-case i’s dotted with a small circle. Some signatures lacked complete addresses. On the petition, West listed his residence as Cody, Wyoming, where he bought two ranches in the area last year.

Questions about why West withdrew and whether the campaign disputed Salmon’s objection were sent to the Kanye 2020 email address.

New Jersey is a reliably Democratic state in presidential elections, siding with the Democrat since 1988.

The status of West’s presidential campaign and whether he is truly seeking the White House remains unclear.

Kim Kardashian West last month asked for empathy for her husband and said he is bipolar.

Last month in South Carolina, Kanye West delivered an unconventional campaign introduction speech during which he proposed a $1 million payout to mothers and decried Harriet Tubman for her work on the Underground Railroad.

The Kanye 2020 website invites visitors to sign a petition so he can appear on the South Carolina ballot and uses a shorthand name that West uses as his Twitter handle as a slogan: “Ye for President.”