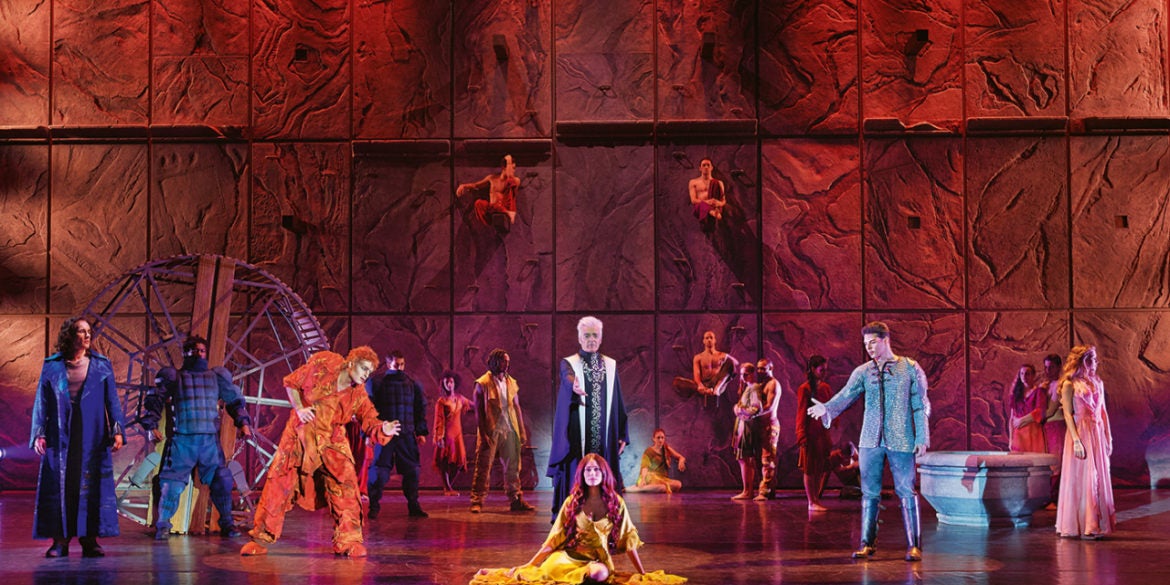 The Seoul shows will be of the new version of the beloved musical created in 2017 to celebrate the 20th anniversary of the show the following year with detailed upgrades in costumes, choreography and lights.

It will be the first time the new version is staged in Korea. The most recent tour of “Notre Dame de Paris” was in 2015.

The musical, based on the novel of the same name written by Victor Hugo, is set in 15th century Paris. With music composed by Richard Cocciante and lyrics by Luc Plamondon, the musical has evolved into a beloved hit show with numerous memorable numbers, such as “Vivre,” “Le Temps des Cathedrales” and more.

After its French premiere in 1998, the musical has been performed in 23 countries in nine languages, gathering a total of 16 million audience members over the years.

Daniel Lavoie, the original cast of the 1998 French premiere production, returns to the stage taking the role of Archdeacon Frollo. Angelo del Vecchio takes the role of Quasimodo, while Hiba Tawaji plays the iconic Esmeralda.

Meanwhile, the musical’s New York premiere, originally slated for September, has been pushed back to July 2022 in April due to the ongoing COVID-19 pandemic.