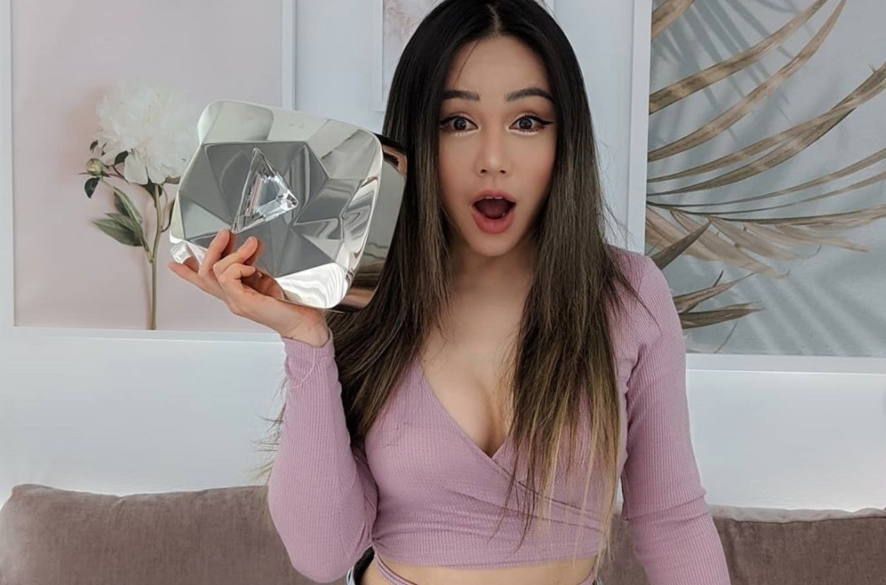 Chloe Ting, YouTube fitness influencer with 13.5M subscribers, tackles haters head-on in her latest video, entitled “Time to Talk.” It’s in response to a series of Instagram Stories created by a bodybuilder that made social media rounds last June. She doesn’t name the person who did the supposed “takedown”, but for those who want to know more, a quick Google search will pull up what you need.

In the video, Chloe calls on serious backup through interviews with a few experts. In the first part, she talks about body shaming and the accusations of body dysmorphia with a clinical psychologist.

Dr. Ben Buchanan from Foundation Psychology Melbourne says in a video call with Chloe, “It’s a bit of a shame that he points out that you might be getting people to be hyper-focused on their body, but then he’s doing the same thing to you as well.”

He also notes how Chloe always emphasizes in her videos to not compare one’s fitness progress with other people and to listen to their body. It’s in reply to accusations against Chloe about promoting unrealistic beauty standards.

Chloe hones in on how she got criticized for using click-bait titles, especially for one of her most popular videos called “Get ABS in 2 WEEKS.” The video was published 11 months ago, and so far has 213M views and 4.3M likes.

She inserts confessionals uploaded previously by people who took on the exercise challenge. Here you can see how they knew that despite the title, Chloe didn’t promise any miracles. Most of her videos come with a disclaimer that says one cannot expect to see results by just doing the exercise alone.

Chloe implies that she trusts in the critical thinking of her subscribers and that they won’t take her titles literally. “It’s a fun challenge, and every single results video that I’ve seen, people seem to understand that you might not be able to get shredded abs in two weeks. But they’re going to try it anyway because that’s the whole point: is to get active and to get started on a fitness journey.”

In her posts, Chloe invites people who do her workout programs to share photos, Stories, or videos using the hashtag #chloetingchallenge to show off their results. On Instagram, the hashtag has over 56,200 posts.

Fellow YouTube fitness influencer Keltie O’Connor took on the two-week abs challenge in one of her vlogs. She noted how it’s suitable for beginners but may not be precisely for those who are a bit more advanced in their training.

Chloe is accused of saying that one can have chocolate every day and still have abs for as long as they do her workouts.

To this, she pointed out how her comment about eating chocolates every day are not appropriately contextualized. “It was a tongue-in-cheek comment,” says Chloe. The soundbite was from a vlog where she was talking about struggles over eating healthy during the pandemic.

Not satisfied with that, Chloe talks to registered dietitian Abbey Sharp. On Abbey’s channel, she reviews Chloe’s diet.

Chloe also addresses criticisms over her form during the workouts. The particular series of Instagram Stories that Chloe cites said that her form isn’t perfect, and some of the moves in her programs are useless. It was also harsh towards Chloe’s fumbles in her older vlogs.

Chloe says, “I’m sure there are some things I said in the past that I don’t believe in anymore, and [there are] definitely times when I might stumble, or my form wasn’t 100 percent throughout an entire workout that I filmed in one take.”

In the last few minutes of her video, Chloe denies earning over 800,000 USD per month, as published by other reports. “I can tell you now; it is nowhere close to that.”

She also touches on the sponsorships she’s taken on, and how sparse they are. Though her latest was just posted a week ago, she says that the ad is her first in over a year.

Chloe Ting is based in Melbourne, Australia. In one vlog, she talks about how she’s originally from Brunei and was raised there until she was 16.

The oldest videos on her channel are lifestyle vlogs from four years ago. Gradually, she shifted to workout videos leaning towards HIIT and total body conditioning. On her website, she posts workout programs that range from two to four weeks and are completely free.

She enjoys an impactful social media presence with 2.6M followers on her Instagram main account @chloe_t and 581K followers on her @itschloeting community account. In the Philippines, the fan-powered “Chloe Ting Community Philippines” group has 20,000+ members.