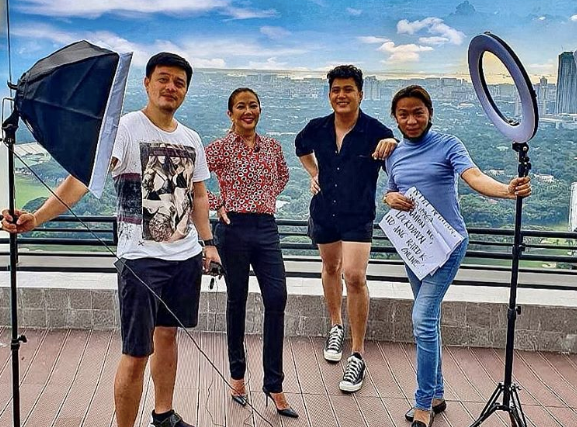 Broadcast journalist Korina Sanchez’s “Rated K” was one of the many casualties when ABS-CBN was shut down, but the show proves that there is life even after the network has totally gone off the air.

Sanchez recently announced the resurrection of her magazine show. On her Instagram account on Aug. 14, the multi-awarded TV host stated that her show “Rated Korina” will resurface on Facebook.

“Yes. Rated K lives on. Watch out for what my lean and mean team put up for you this week on the Rated Facebook Page. We had so much fun shooting this episode. Masaya (Fun). Maraming matututunan (There will be so much to learn) Sunday. 6:45 p.m.,” Sanchez said. The announcement came with a photo of her team posing while on the rooftop of a building.

Sanchez felt there is renewed hope amidst the cancellation of the ABS-CBN franchise.

(We lost our franchise. But we didn’t lose our love for you. We’re still here. There’s no deserting anyone.)

Most of Sanchez’s fans and followers welcomed this new development as can be seen through their comments.

(Ma’am [Korina], please return when ABS-CBN returns to free TV… But thank you still because there is the Kapamilya channel. Our lives are not that sad.)

“Congratulations to you, Ms. Korina and your team. God will provide,” one @aletaasterfamorcca said.

“Yes! Go Ms. Korina… walang iwanan hanggang sa dulo (We stick by each other to the end),” said one @its_mesimplemaris.

Others also expressed their loyalty to the show and promised that they will continue to support it through its new iteration. JB