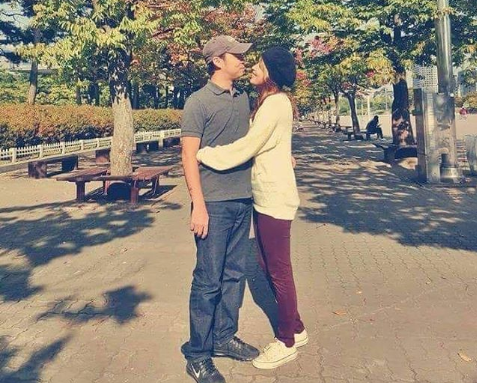 Parokya ni Edgar frontman Chito Miranda never lacks reasons to admire his enterprising wife, actress Neri Naig, as he recently showed fans a photo of a vacant lot she bought for him.

Miranda initially planned to buy the vacant lot but due to the onslaught of COVID-19, his plan did not materialize.

(She was the one who continued with my plans which were halted, just like with this property which I planned to buy but I wasn’t able to because of COVID-19.)

Miranda’s second learning is “not to put all my eggs in one basket.” For the singer, investment is something he is not enthusiastic about, citing lack of time because he is preoccupied with his band.

“…Whenever I was asked to invest [in a business], I’d say no because [I got no] time [to focus on the] business, because I felt that I needed to focus all my energy [on] Parokya since it was my primary source of income, and [my] plan was [to play and save],” he explained.

But this mindset has since changed when “someone told [him] to diversify [his] investments and sources of income” so that should something go wrong, he can have other sources. Incidentally, the “lockdown” happened and all of Miranda’s gigs suddenly stopped. This was when Miranda realized the value of investment.

(If I only depended on my band performances, I would not have had the resources to provide for my family aside from my savings which gets easily depleted when not replenished.)

Miranda admitted that he also “invested” on his wife Neri.

“Another thing I did was to ‘invest’ in my wife… not necessarily financially, but more of [with] time and support she needed for her to succeed on her own,” he cited. Miranda said he encouraged Neri to pursue her own goals instead of just expecting her to take care of the household. As a result, Neri even earns more than him now, from her business of selling food items such as tuyo, vinegar and coffee, and even beddings.

But this is not to say that Miranda has stopped providing for his family. He says he is proud to still be their main provider, but he is even prouder that Neri is of great help to them with her online businesses.

(This is the fruit of my being careful and wise in handling money, and my being a supportive husband.) JB