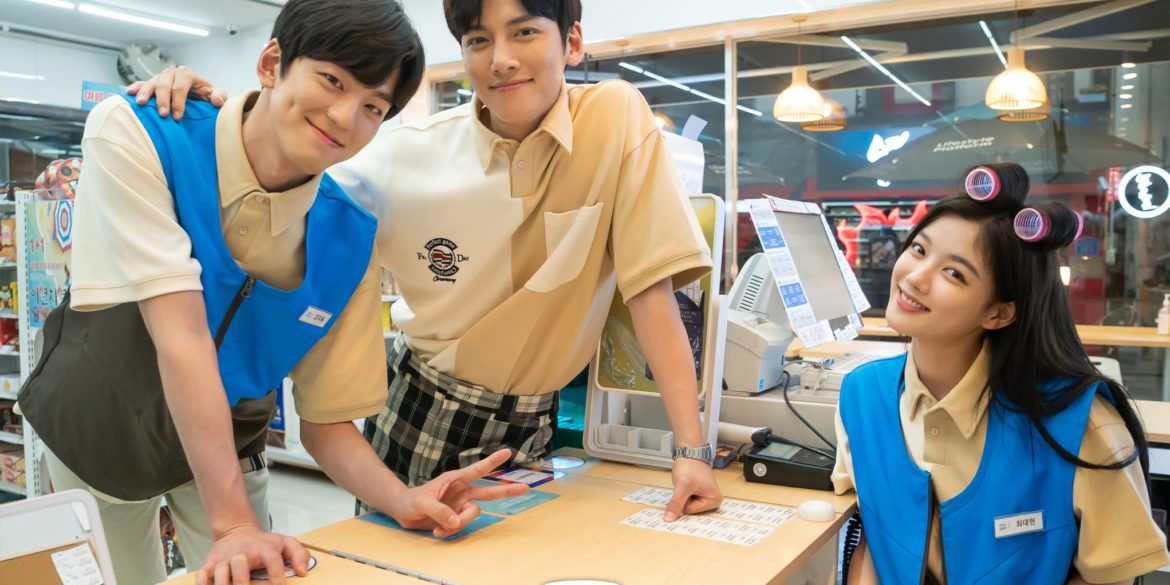 “Backstreet Rookie” romanticizes the life of running a convenience store. —PHOTOS FROM IQIYI

It’s based on the adult webtoon “Convenience Store Saet-byul.” Its TV producers toned the adult content down to make it more appealing to a larger demographic. You can watch the entire drama exclusively in iQIYI.

Here are the reasons why we enjoyed watching this drama.

The sweetness of Dae-hyun

The webtoon, from which the series was based initially, depicted Dae-hyun as a loser and a pervert. The webtoon’s Dae-hyun was creepy.

But Ji portrayed the character as a gentle, harmless but eager-to-please man. He saved a kitten in the first few moments of the drama for crying out loud. It’s easy to understand how his girlfriend, played by Han Sun-hwa, fell for him.

The toughness of Jung Saet-byul

Saet-byul is gorgeous but tough as nails. In the webtoon, she’s portrayed as a go-getter who kissed Dae-hyun in the first chapter. It’s something that Kim stayed true to when she brought her to life.

Perhaps, director Lee Myoung-woo took inspiration from Japanese series that were adapted from manga. There are plenty of special effects when it comes to the fight scenes involving Saet-byul.

Cobras and yin and yang appear behind the characters whenever they strike a pose before a fight. Saet-byul is a skilled martial artist whose kicks can send a person flying.

However, she is not a bully. She always has a reason why she fights other people.

Lessons on what flowers symbolize

Saet-byul is very good at interpreting the meaning of flowers. She was ecstatic when Dae-hyun gave her a bouquet of pink roses. He explained that they represent admiration, gratefulness and faithfulness. However, she said in her head that pink roses also represent a declaration of love.

Saet-byul often gave wolfsbane to her enemies which means death. And when she was given hibiscus by her friend Ji-wook, played by Kim Min-kyu, she said it represented noble friendship. He was disappointed because he probably hoped that it meant something more romantic.

It showed us a snippet of an idol’s life

It’s not easy to be a trainee. The competition is stiff and the chances of getting in are very low. Eun-byul, Saet-byul’s sister, is talented enough to pass all the auditions to debut as an idol.

The drama also showed interactions between the trainees. Eun-byul, the youngest and the newest member of her idol group, was made to wash dishes, clean the dorm room and become a maid. She ended this treatment by standing up to the older members.

When they debuted, the crowd loved her for her perseverance. However, a photo that circulated on social media quickly ruined her reputation. Showcasing the volatile relationship between artist and her admirers.

Highlight on the convenience store culture

Yet, it also allows you to be creative with your orders. It’s a place to jazz up your coffee with single-serve cereals. You can create your own sandwich with single sliced spams. In the drama, this was highlighted when Dae-hyun and Saet-byul created their own noodle set with meat bought from the shop next door.

Dae-hyun’s family is far from perfect. But it’s one that adopted and protected Saet-byul when she needed someone to depend on the most.

There were also surreal moments when the mom and the dad were working for the mom of Dae-hyun’s girlfriend. It made clear references to Bong Joon-ho’s film, “Parasite.” The parody was comical.